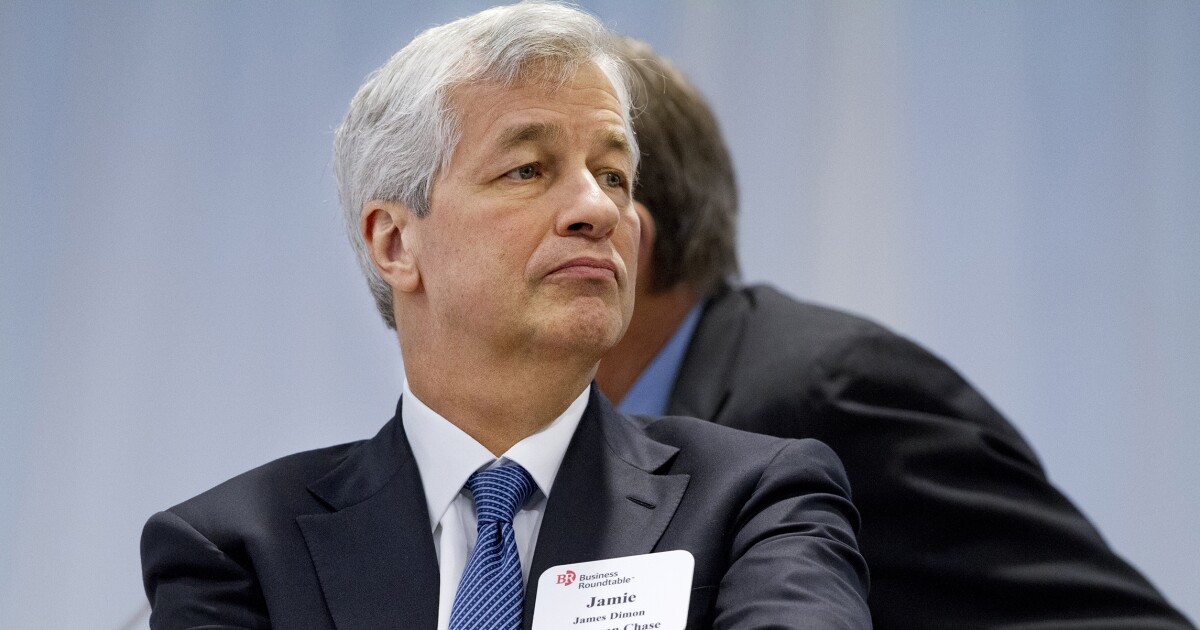 Jamie Dimon , who heads the largest bank in the United States, said that Bitcoin needs to be regulated by the government.

The JPMorgan Chase CEO told Axios that Bitcoin, which is the flagship cryptocurrency and has seen explosive growth since its inception, is destined for increased government scrutiny.

“If people are using it for tax avoidance and sex trafficking and ransomware, it’s going to be regulated, whether you like it or not. So it’s not a moral statement. It’s a factual statement,” he said during an interview in Washington, D.C.

While Dimon sees Bitcoin sticking around in the global markets, he said he has “always believed it’ll be made illegal someplace, like China made it illegal, so I think it’s a little bit of fool’s gold.”

Dimon has long been one of Wall Street’s biggest skeptics of cryptocurrency. Dimon, testifying before Congress earlier this year, expressed his own thoughts on the volatile new asset class, which he said is not comparable to gold or fiat currencies: “Buyers beware.”

“My own personal advice to people is: stay away from it. That does not mean the clients don’t want it,” Dimon said. “This goes back to how you have to run a business. I don’t smoke marijuana, but if you make it nationally legal, I’m not going to stop our people from banking it.”

El Salvador recently became the first country to adopt Bitcoin as its national currency, a move that cryptocurrency advocates say will bolster its credibility and usage.