Every James Bond theme song ranked in order of… greatness? 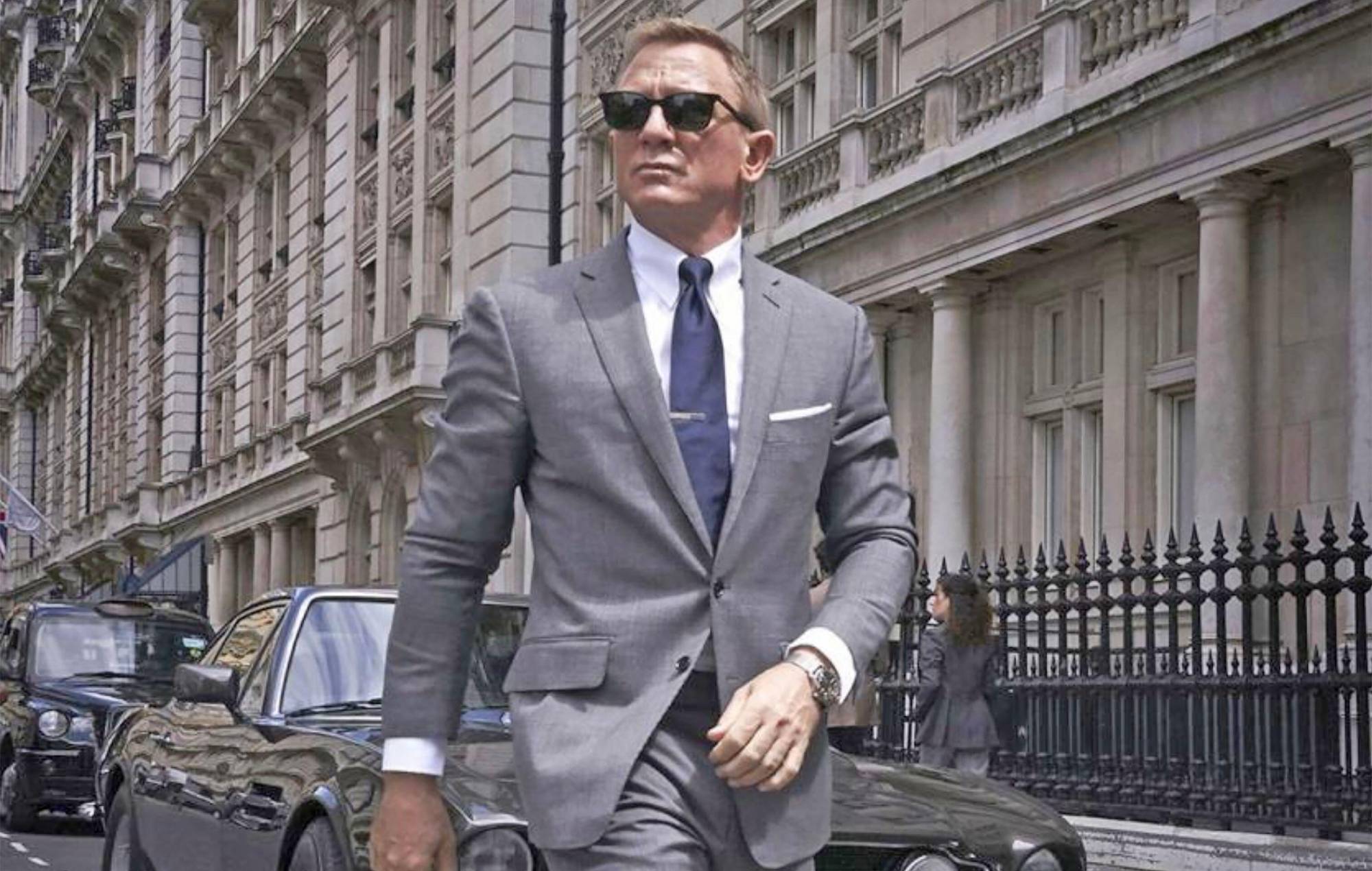 A gun sight centres on a man walking across screen holding a gun. Bang! Blood dribbles down. A pre-credits sequence significantly longer and more expensive than the one in the last film plays out. And then… what? Billowing strings, brazen brass and purring divas? Staccato synthpop? Grunge? Reggae?

That all very much depends on your preferences in Bond theme songs. Are you still blown away by Bassey or shaken and stirred by Billie Eilish’s latest No Time To Die entry? Is Sheena Easton for your ears only or does nobody do it better than Carly Simon? Here’s our ranking – do we expect you to agree? No, Bond fanatic, we expect you to troll…

Sam Smith, ‘Writing’s On The Wall’

How to follow Adele’s monolithic ‘Skyfall’? Well, perhaps not with Sam Smith mewling through by far the most beige, miserable, overblown and desperate-for-drama Bond theme in history. And to think, it could’ve been Radiohead.

In the year 2BB (Before Bassey), the intro of the first official Bond film followed Monty Norman’s legendary ‘James Bond Theme’ with a spot of bongo mania and then this calypso rendition of ‘Three Blind Mice’, accompanied by the shadow of three blind men tottering along, neither naked nor swinging on the barrel of a 20-foot Luger. It would be the closest to ‘woke’ that a Bond title sequence would get for the next 60 years.

“All I wanted was a sweet distraction for an hour or two”: never has a Bond theme so perfectly captured the dutiful endurance of watching the latter-period Roger Moore films. As forgettable as the movie itself, which might even see Alan Partridge might fast-forward to the “necking”, Coolidge’s half-hearted ballad sadly arrived two years too early to become the Moonlighting theme instead.

Written by Bono and The Edge, produced by Nellee Hooper and sung by Shirley Bassey’s natural successor Tina Turner, of course ‘GoldenEye’ was an over-egged meringue of a song, Turner doing her best to sell what sounded like yet another U2 ego trip. Brosnan’s debut deserved better.

Lulu, ‘The Man With The Golden Gun’

Need to follow McCartney’s tour de force ‘Live And Let Die’? Who you gonna call? Um, Lulu, it seems, to sing a rather aimless and wobbly glam-pomp number full of penile innuendos that make Bond sound like a prize racehorse put out to stud: “He has a powerful weapon / he charges a million a shot.”

Having defined the Bond theme with her two earlier contributions ‘Goldfinger’ and ‘Diamonds Are Forever’, the franchise producers should really have kept Shirley Bassey out of the sexy trumpet cupboard until they got around to filming something similarly extravagant – The Spy With The Bitcoin Balls or something. Instead they reeled her out for the frustratingly mundane and soporific ‘Moonraker’, the song that Elaine Paige was born to sing.

Chris Cornell, ‘You Know My Name’

Was Daniel Craig to be the first grunge Bond? So you’d think from David Arnold’s leftfield decision to work with Soundgarden’s Chris Cornell on the Casino Royale theme, kicking off Bond’s latest era with a noisily bland radio rocker. It might well be an MI6 gadget in itself, a song with the ability to erase all memory of itself as it plays.

In a bold move away from the traditional Bond song blueprint, Madonna’s ‘Die Another Day’ was full on electro-pop, complete with stuttered vocals, rave whoomps and an orchestra doing its damnedest to sound programmed. A song to salute for its brave lack of bombast, then skip past on ‘American Life’.

Matt Monroe, ‘From Russia With Love’

Monroe’s bog-standard orchestral crooner was dud enough not to even make the opening titles of Bond’s second cinematic outing. Instead, it drained drippily out over the closing credits, attempting to add a touch of class to Sean Connery doing the tonsil tango with a Soviet cipher clerk against cheap green screen footage of a gondola ride through Venice.

Just when it looked as though Bond might have ditched the glossy power ballads in favour of all the adrenaline spikes ‘80s electro-pop had to offer, here came new score composer Michael Kamen and Gladys Knight with a classic cruise ship confection speckled with Bond brass, glitzy twinkles and whispering soul choirs. As cheesy as Bond itself by this point.

Tom’s stab at emulating Bassey’s dramatic fireworks the year after Goldfinger was certainly stalked by lascivious trumpets and beaten with so much percussion it sounded like Blofeld was interrogating him with the blunt end of a kettle drum. But its tune was working as a double agent for LACKLUSTRE and its cover was quickly blown.

Jack White and Alicia Keys, ‘Another Way To Die’

Seemingly the result of some Bond theme randomiser designed to ensure all genres are equally represented, Jack White teamed up with (checks again that this actually happened) Alicia Keys on the pounding blues of ‘Another Way To Die’. Seemingly recorded in Uncanny Valley Studios and peppered with incongruous R&B beats, presumably to make Alicia feel at home, it still almost kinda sorta works.

The Cardigans, k.d. lang, St. Etienne and Pulp all submitted songs for Tomorrow Never Dies– and what we would’ve paid to see an official video in which ‘super spy’ Jarvis Cocker hides in a wardrobe with an unexpected ejector button. Sheryl Crow’s seductive pomp ballad won out, though, bedecked with one of the series’ stronger non-Bassey choruses and some pretty swanky surf guitar riffs.

Sheena Easton, ‘For Your Eyes Only’

So charming that Sheena got to be the only theme singer ever to appear in the title sequence herself – under a no-naked-gun-toting contract clause, of course – the first Bond theme of the ‘80s introduced him to one of his most futuristic gadgets: the synthesizer.

Billie Eilish, ‘No Time To Die’

Etching the word ‘subtle’ into the Bond songbook for the first time, Billie Eilish’s ‘No Time To Die’ goes for the slow build to the big band crescendo, perhaps hoping the first half of the song could be double-synced to this year’s John Lewis ad. Effective, though.

Having had its first US Number One with Duran Duran’s ‘A View To A Kill’ in 1985, the Bond franchise clearly saw its future in synth-pop. Hence Timothy Dalton’s gritty Bond era was introduced with more stabbing synths and hi-octane beats courtesy of Norway’s swarthiest ‘80s pin-ups. Great, if not exactly gripping.

Just as Connery returned in the wake of George Lazenby’s brief, audience shedding stint, Bassey also reprised her bling-based theme song duties in the interest of giving the Bond crowd what they wanted – opera house diva extravagance and plenty of it.

Nancy Sinatra, ‘You Only Live Twice’

Oriental, oceanic and hypnotic, in-keeping with a movie involving much seafaring around Japan and late-night poisonings, Nancy Sinatra’s 1967 theme threw back to Matt Monroe’s languid effort on ‘From Russia With Love’, but with far more inherent grace and elegance.

After so many half-boiled Bassey tributes, it was Adele who really stepped up and stole the Bond theme crown with a barnstorming ‘Skyfall’ that swiftly became one of the best-selling singles of all time. You know you’ve entered Bond legend when nobody can even say the title of the film without bellowing “let the skyfaaaawll…”

Garbage, ‘The World Is Not Enough’

By the end of the ‘90s, with the arrival of composer David Arnold, the idea of moving on from the classic Bassey Bond theme gave way to the strategy of reinventing it for modern audiences. Garbage, then, were an inspired choice to perform ‘The World Is Not Enough’, their industrial textures and Shirley Manson’s roof-lifting voice made for an ultra-modern theatrical showstopper.

Duran Duran, ‘A View To A Kill’

Moore went out on a sonic bang, as the franchise put a decade of soppy ballad themes behind it and discovered an update of its 1960s bombast in the wolf wails and synth blarts of Duran Duran. Great video too, with Simon Le Bon blowing up aircraft while trying to rewind his Walkman and Andy Taylor going on a shooting rampage from the Eiffel Tower with a machine gun telescope.

Louis Armstrong, ‘We Have All The Time In The World’

Arguably the least Bond theme Bond theme, Armstrong’s gorgeous country saunter might better have soundtracked Brokeback Mountain than George Lazenby’s only outing on 007’s escape skis. But that stylistic disconnect from the franchise allowed the song a life outside Bond – it only became a hit in 1994 after featuring in a Guinness ad.

Carly Simon, ‘Nobody Does It Better’

Glang! A-lang-alang-alang-alanga-langa-lang. Emphasising the romantic nature of 007 – because he’s such a diehard monogamist with real long-term relationship prospects who’d never have his head turned by any opposition agents whose mere name suggests he might get laid – Simon’s The Spy Who Loved Me theme switched the perspective to that of the enemy agent seduced by Bond’s eyebrow-based charms, little knowing they’d be long dead and forgotten by the final speedboat chase.

He could drive underwater, infiltrate volcano bases and survive bollock lasers and the deadliest of hats. But could Bond rock? Why yes, yes he could. McCartney’s superlative Bond theme is the best of the bunch because it captures the dynamism, intrigue and menace of the franchise in three minutes of pure orchestral rock pyrotechnics. Plus 12 random seconds of reggae.