A statement from Anthony Scaramucci has revealed the total crypto
worth of an Alternative investment firm in Australia’s SkyBridge
Capital. He stated that SkyBridge holds crypto worth $700 million
presently. The alternative investment firm has filed for a
cryptocurrency company ETF which simply means a crypto-based
exchange-traded fund. Related Reading | New To Bitcoin? Learn
To Trade Crypto With The NewsBTC Trading Course They did this on
Tuesday, aiming to increase their digital currency offerings.
SkyBridge Capital also revealed its plans for the Algorand fund
during the SALT conference held within the week in New York.
SkyBridge Crypto Assets Worth SkyBridge founder Anthony Scaramucci
while addressing CNBC, stated that the firm raised over $100
million for the new Algorand fund. Anthony was also the former
Director of White House Communications. It was Scaramucci who
valued the company’s crypto-assets to be about $700 million. The
CEO reaffirmed that crypto has come to stay. However, he added that
if regulations plan to fan the increasing adoption of digital asset
technology, they should take quick action. Anthony explained the
crypto adoption as similar to Uber, which the regulators planned to
knock out of the system. But the people later won because they
accepted its use. He predicts that the United States will start
recording up to 200 million crypto users in no distant time. The
SkyBridge CEO made these comments when spectators were concerned
about having a regulatory crackdown maned by SEC. Gary Gensler, the
head of SEC, had characterized the crypto sector as rife associated
with abuse and fraud. But Anthony Scaramucci, despite his
disagreement, appreciated Gary for his stake in crypto. He
explained that Gary had many people that are yet to understand
crypto in Congress fully. As a result, they have a lot of
negativity, and he will call on elites like Elizabeth Warren to
attend such a conference. However, sitting with members of the
industry will make her understand the protocols better. Anthony
suggests that the need to carry everyone alone by educating them.
Other Finance Magnates Opinion Other finance lords in their speech
didn’t share Anthony’s optimism. Instead, they doubted the
possibility of crypto adoption outrunning the grip of strong-handed
regulations. Related Reading | While Broader Crypto Market
Holds Its Collective Breath, Whales Are Loading Up On Bitcoin Ray
Dalio predicted that as the digital assets popularity increases, it
would attract the attention of lawmakers. ALGO is currently down by
4% at the time of writing | Source: ALGOUSD on TradingView.com
However, while speaking to CNBC, he said that even if the crypto
adoption successfully increases, the lawmakers will kill it. He
believed that lawmakers would succeed in killing it as they have
their ways of doing so. Dalio explained that every monetary asset
that offers a cash alternative is worth considering, including
Bitcoin. Featured image from Finance Magnates, chart from
TradingView.com 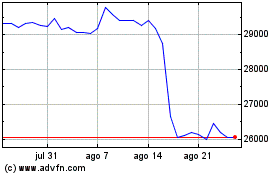 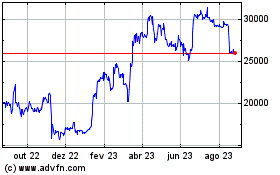