A 26 year-old bitcoin miner has been electrocuted while he was trying to power up his mining computer to collect more cryptocurrency. Police identified the bitcoin miner as 26 year-old Danai Makmek from Chonburi.

According to Thai media Mr Danai was restless after his sprawling crypto mining machine cut out and the hard drive would not turn back. The panic-stricken crypto fanatic told his older brother about the broken equipment and begged for help fixing it, fearing he could lose valuable mining time.

His brother Apiwat Makmek said that he would go with him the next day to a computer repair technician and fire up the system, which was capable of earning thousands of dollars worth of bitcoin each week.

However, Apiwat said his brother was worried and could not risk the machine being broken for a day so he attempted to fix it on his own.

Tragically, the tech enthusiast is believed to have been killed after the bitcoin mining computer exploded and electrocuted him. Footage from the dead man’s room shows the tangled mess of cables and drives that he used for his digital currency production. 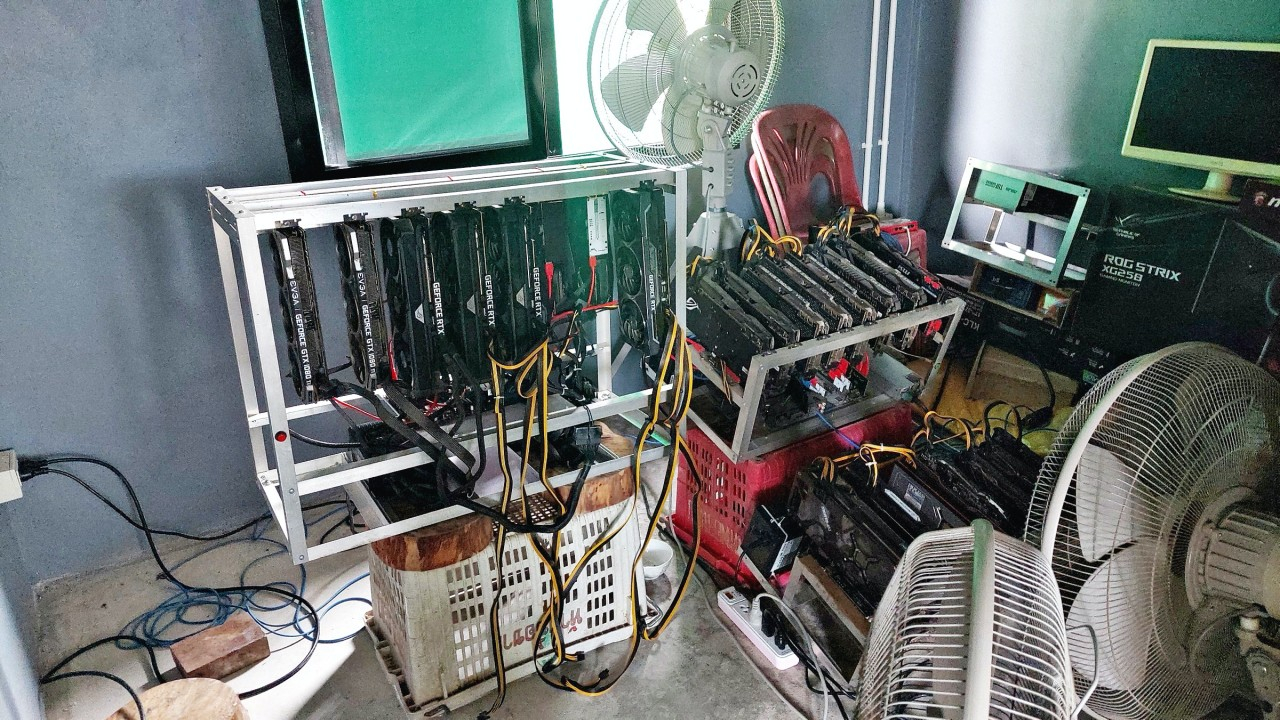 His devastated brother said: “I warned him but he could not wait. I think he panicked and stayed up for the whole night trying to fix it.

“The computer was modified to give it more power. I do not think it was safe but my brother had built it himself for bitcoin mining, which he really liked.”

Apiwat found his brother dead when he and a hired technician went to Danai’s room on Wednesday morning, where they found the shirtless man lying slumped over his bitcoin set-up wearing only a pair of blue shorts.

He immediately called emergency services who tried to revive the bitcoin miner but without success. The police also arrived at the scene to investigate.

Police Colonel Santi Shoosheud said there were no signs of forced entry into the man’s room and had no suspicious injuries so they believe that Danai was electrocuted.

“We believe he attempted to fix the broken machine on his own and was electrocuted. We are still investigating the case but there was no forced entry nor suspicious injuries found so far,” he said.