With Inflation Rising, Can the American Right Learn from El Salvador? 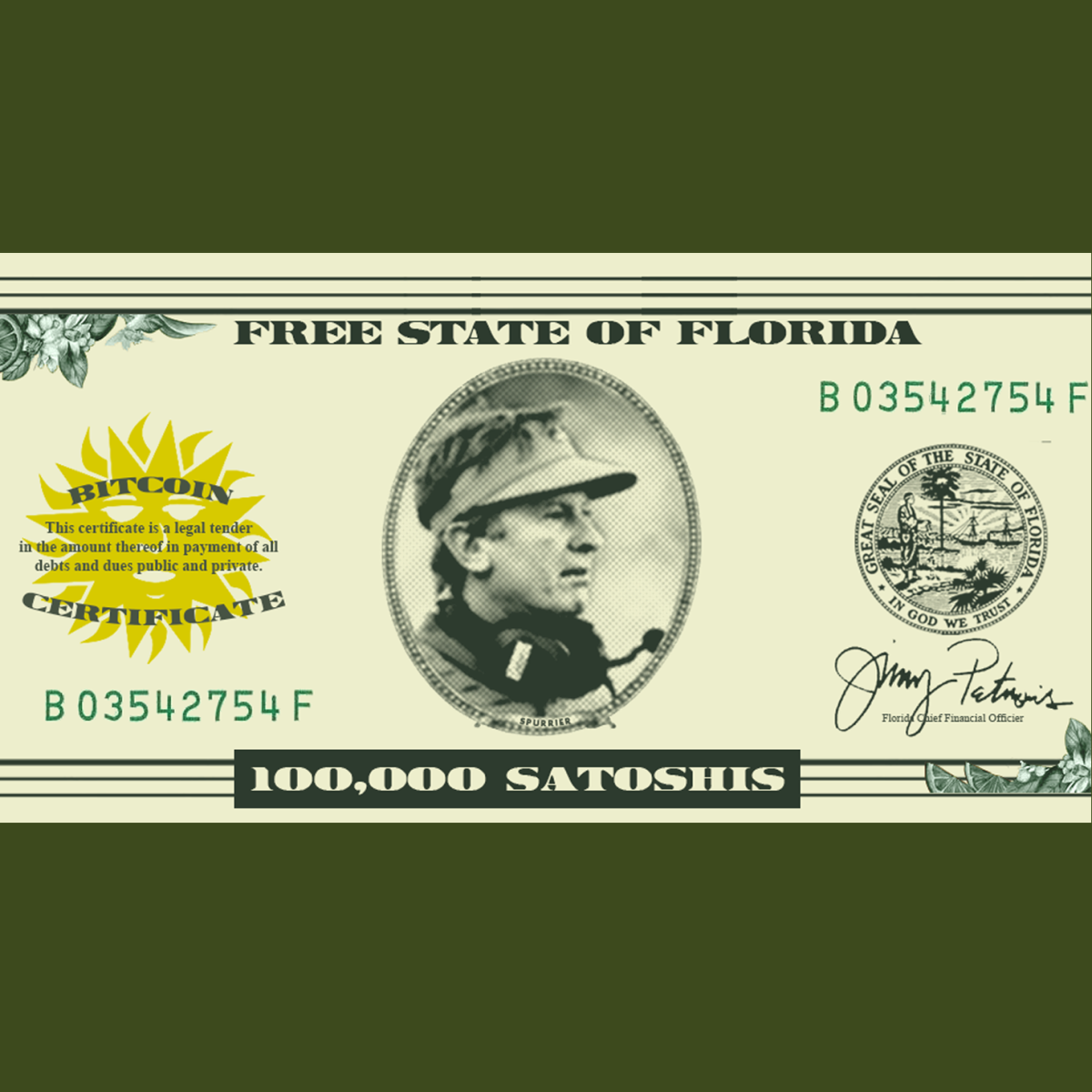 Covid triggered a massive upswing in government prohibitions in America. Many were prohibited from keeping their firms open. Many were forced to stop working. Many of our normal freedoms of association and travel were eliminated. Many rights—such as access to due process or to contract enforcement—were effectively prohibited. And almost everyone can add to the list from their experiences.

That hyperdrive upswing in our “enjoyment” of government dictation in our lives raises a crucial question for Americans. Exactly what should we prohibit in society? It is hardly a new question, but we should re-think it because of the ballooning of what has been prohibited, with little public conversation about central issues.

Leonard Read offers us insight on this issue in his “Find the Wrong, and There’s the Right,” Chapter 4 in his 1968 Accent on the Right. The key is to focus solely on what we agree is wrong, and preventing that, which preserves far more of our rights, liberty and the social cooperation they enable than government imposition and enforcement of what they decide are the “right answers.” His insights are worth remembering.

Those actions which are wrong in social relationships are the ones we should aim to prohibit by personal endeavor, by education and, as a last resort, by society’s formal agency of organized force: government. Thus, to analyze what should be prohibited is a means of opening to our vision the infinite realm of righteousness.

What does Read mean by the “infinite realm of righteousness”? Ask what would be off-limits if we only focused on prohibiting what we agree is wrong. Nothing more than that would be disallowed. That would leave open a far vaster array of possibilities for productive and mutually-agreeable arrangements than the bacchanalia of prohibitions we have just been forced to be part of.

Socialist and libertarian…What really, in the ideological sense, marks the one from the other?…The difference between the socialist and the libertarian thinker is a difference of opinion as to what others should be prohibited from doing.

Man…does not now possess…instinctual do-nots: built-in prohibitions. Instead, he must enjoy or suffer the consequences of his own free will, his own power to choose between what’s right and what’s wrong…more or less at the mercy of his own imperfect understanding and conscious decisions. The upshot of this is that human beings must choose the prohibitions they will observe…conscious selection of the must-nots…by variable, imperfect members.

The most advanced prohibition [is] the Golden Rule. As originally scribed…it reads: “Do not do unto others that which you would not have them do unto you.”

Ever so many people will concede the soundness of the Golden Rule, but only now and then is an individual to be found whose moral nature is elevated to the point where he can observe this do-not in daily living.

Not only does such a person possess a sense of justice but he also possesses its counterpart, a disciplinary conscience. Justice and conscience are two parts of the same emerging moral faculty.

Do not do unto others that which you would not have them do unto you. There is more to this prohibition than first glance reveals. Nearly everyone, for instance, will concede that there is no universal right to kill, to steal, or to enslave–because these practices cannot be universalized, if for no higher reason. But only the person who comprehends this ethic–the Golden Rule–in its wholeness, who has an elevated sense of justice and conscience, will conclude that such a concession denies to him the right to take the life of another, to relieve any person of his livelihood, or to deprive any human being of his liberty.

While there are many who will agree that they, personally, should not kill, steal, enslave, it is only the individual with a first-rate moral nature who will have no hand in encouraging any agency–even government–in doing these things for him or others. Anyone who gets the whole point of the Golden Rule sees that there is no escape from individual responsibility by resort to the popular expedient of collective action.

How does the Golden Rule thus illustrate the dividing line between collectivists and libertarians?

It is the difference of opinion as to what should be denied others that highlights the essential difference between the collectivists—socialists, statists, interventionists, mercantilists—and those of the libertarian faith. Take stock of what you would prohibit others from doing and you will accurately find your own position in the ideological line-up.

[Note] the collectivist philosophy: We–you and I–belong to the state. We are “its” wards!

Where…are the prohibitions? The program [someone] favors would cost X hundred million dollars annually. From where come these millions? The state has nothing except that which it takes from the people. Therefore, this man favors that we be prohibited from using the fruits of our own labor as we choose in order that these fruits be expended as the state chooses…[with] police force as the method of persuasion.

That portion of our incomes is socialized which the state turns to its use by its prohibition of our use. It follows, then, that a person would impose prohibitions on the rest of us to the extent that he supports governmental projects which would socialize our income.

Read then follows with a small part of what is a cornucopia of examples that people have accepted as justifying “prohibiting our freedom of choice.”

There are ever so many who favor prohibiting our freedom of choice in order to: Pay farmers for not growing peanuts, tobacco, and other crops; Support socialist governments all over the world; Put men on the moon; Subsidize below-cost pricing in air, water, and land transportation, education, insurance, loans of countless kinds; Socialize security;

“Renew” downtowns that consumers have deserted, build hospitals and other local facilities; Give Federal aid of this or that variety, endlessly.

Another phase of socialism is the state ownership and/or control of the means of production. Included among the existing prohibitions of this type are: The planting of all of a farmer’s own acreage to wheat, cotton, peanuts, corn, tobacco, rice–even to feed his own stock; The quitting of a business at will; The taking of a job at will; The selling of a citizens own product at his own price, for instance, milk, steel, and others; The free pricing of services (wages); The delivery of first-class mail for pay.

The listing of prohibitions is endless.

Read then asks us a question made even more important by the recent expansions in government prohibitions: “Which of all the prohibitions…implicit in socialism do you or others favor?”

Those among us with a libertarian devotion would, it is true, impose certain prohibitions on others. They quite accurately note that not all individuals have acquired a moral nature sufficient strictly to observe such fundamentally sound taboos as “Thou shalt not kill” and “Thou shalt not steal.” There are those who will take the lives of others, and those who will take the livelihood of others, such as those who will pilfer and those who will get the government to do their pilfering for them. Most libertarian believers would supplement the moral laws with social laws aimed at prohibiting any citizen from doing violence to another’s person (life) or another’s livelihood (extension of life). Thus, they would prohibit or at least penalize murder, theft, fraud, misrepresentation.

In short, they would inhibit or prohibit the destructive actions of any and all, and that is all! Asserts the libertarian, “Freely choose how you act creatively, productively, for this is in the realm of what’s right. I have no desire to prohibit you or others in this respect. I have no prohibitory designs on you of any kind except as you or others would keep me and others from acting creatively, productively ourselves, that is, as we freely choose. I do not classify any creative action as a wrong action.”

There we have it: the all-out collectivists at one end of the ideological spectrum who would completely prohibit individual liberty and, at the other end of the spectrum, the libertarians whose prohibitions are not opposed to but are in support of individual liberty. And their prohibitions are few and as simple as the two Commandments against assaults on life and livelihood.

The libertarian…observing that human frailties are universal, balks at halting the evolutionary process which is the ultimate prohibition implicit in authoritarian schemes… how can the human situation improve if the rest of us are prohibited from growing beyond the level of the prohibitionist’s imperfections?

Human faculties can flower, man can move toward his creative destiny, only if he be free to do so; in a word, where liberty prevails.

What should be prohibited? Actions which impair liberty! Let us find these and be rid of them, for they are wrong.

Leonard Read laid out the massive chasm between the few prohibitions –of what we all agree is wrong– necessary to liberty and the panoply of prohibitions already part and parcel of imposed collectivism over a half-century ago. Added prohibitions since have further constrained our power to make our own decisions. But their exponential expansion under the banner of Covid has multiplied that gap, making the issue even more important. Not only do we need to recognize and oppose further inroads into our self-ownership from where we have been herded, we must also apply our understanding to roll back what should never have rolled over us in the first place.