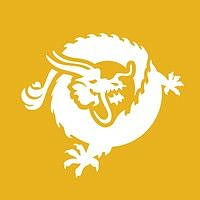 Humans started their journey into art a staggering 700,000 years ago.

Archaeologists and scientists dated discoveries like the Blombos Cave art, found in quartzite caves in central India, as being that old.

Since the earliest type of humans inhabited the earth, the need to express themselves through art was already present.

Initially, the art was practiced with the materials available. The most common form of prehistoric art – crude paintings and carvings – was done on caves’ walls, where they would be preserved and safe.

Such art has been found in thousands of locations worldwide, making it no coincidence but an integral part of humanity’s development.

When papyrus, paper, and canvas-type materials were discovered, art, in the form of paintings and sculptures, could be moved from place to place – they were no longer static, which led to the concept of collectability.

If an artist or sculptor created outstanding work, there would be a demand for their creations.

They became a commodity that could be bartered or sold, so they acquired value based on their “uniqueness.”

As humankind and civilizations progressed, art, in the form of paintings, sculptures, jewelry, and statues, became status symbols and a measure of taste, and often wealth.

The logical follow-through was people following a particular artist whose work was popular enough to sell because of their style or the materials they used, or their art’s general feel.

This is particularly marked in photography, where the developed film was used to print photographs onto paper using silver bromide solutions and fixers. All it takes is the click of a mouse.

It was a natural progression that original pieces of art would be created within a computer and expressed on the screen in a unique form that could not be simply copied and pasted, and reproduced anywhere.

The Blockchain has created a security that enables the encryption and safeguarding of digital works of art – allowing only people who are holding the “keys” to view it.

In recent years, technology has advanced at a breakneck pace and Blockchain is one area that has seen some of the most rapid developments.

That doesn’t only refer to Bitcoin, Ethereum, LiteCoin, and the other cryptocurrencies for sale on the crypto market.

For example, the digital equivalent of a painting by a known artist, which is available on the Blockchain, is called a non-fungible token or NFT.

So, what exactly are NFTs, and how do they work?

They have certainly become a hot subject, even though they have been around for a few years (and even hotter investment).

We must first describe the term “fungible” to comprehend non-fungible tokens (NFTs). When something is fungible, it can be traded for something of equivalent or equal value.

A Fiat currency is an excellent example of this (and even cryptocurrency). It’s fungible because you can exchange it for items of comparable value. If necessary, you can also exchange it for another currency.

Non-fungible products, on the other hand, are one-of-a-kind and thus cannot be traded for equivalency.

A diamond, for example, is non-fungible since no two diamonds are identical, and hence each has its own value. There is no equivalency – you can’t swap one for the other.

A non-fungible token is a cryptographic asset built on the blockchain.

NFTs differ from cryptocurrencies in that they have specific identification codes and metadata that distinguish one NFT from another. Cryptocurrencies are fungible tokens because they are all identical.

That’s where the NFT craze originated.

CryptoKitties, a hybrid of Tamagotchi and trading cards burst onto the scene in 2017. Each kitten is one-of-a-kind and can be raised, replicated, and sold for up to $140,000.

Interest in NFTs is only growing today. The ability to represent digital files such as art, audio, and video is critical to their value. They’re so adaptable that anyone can use them to reflect various types of artistic work, including virtual real estate, virtual environments, design, and much more.

NFTs have opened up new forms of brand storytelling and customer engagement, which are the two key pillars of a successful marketing campaign, thanks to the global interest they’ve created.

Finally, NFTs will help to increase conversions and generate revenue.

The principle of non-financial transactions (NFTs) in marketing can be challenging to understand. The easiest way to explain the most complex concepts is to look at examples:

According to research, 83 percent of millennials choose to do business with companies that share their beliefs. As a result, brands must publicly endorse causes they believe in (and genuinely).

Taco Bell’s foundation has been doing this for years, but they brought it to a whole new level by selling taco-themed NFT GIFs to fund the Live Más Scholarship.

All GIFs were gone within 30 minutes of placing their 25 NFTs (dubbed NFTacoBells) up for sale on Rarible (an NFT marketplace).

Each GIF had a starting bid price of $1. They did; however, all sell for thousands of dollars, with one selling for $3,646.

Taco Bell made a wise decision in creating and selling NFTs because it started a lot of interest in the news media and on social media, which is always good for business.

You can use NFTs to kill two birds with one stone, just like Taco Bell:

Increase brand recognition and help a good cause.

Looking for a way to make a name for yourself and disrupt the market?

NFTs will assist you in this endeavor.

That’s what happened when RTFKT, a relatively unknown Chinese virtual sneaker company, produced an NFT sneaker for the Chinese New Year and auctioned it off.

That’s very impressive for a brand that’s only been around for two years, particularly given that they sold a sneaker that can’t even be touched, let alone worn.

Even though this was impressive, it paled compared to the $3 million they made from another NFT sneaker they collaborated on with the 18-year-old artist FEWOCiOUS.

Since NFTs are still in their infancy, now is the best time for marketers to get on board. It’s a great way to get people’s attention and develop a following.

Suppose you’re a marketer looking for new ways to use NFT technology. Create limited edition memorabilia to commemorate special occasions and holidays, and use them in your holiday marketing campaigns.

You can give them away to the first X number of customers or sell them separately at an auction.

That’s how much Grimes received from a Nifty Gateway auction of ten NFTs.

People care about NFTs, and brands can capitalize on that curiosity to sell their goods.

You might, for example, collaborate with artists or auction houses to have your brand included in the auction.

Make an NFT and donate it to a good cause.

Organize a contest with NFTs as the reward (to generate leads).

Marketing is all about capitalizing on current trends and using your imagination to capitalize on the buzz around them to draw attention to your business.

Mike Winkelmann has become a legend despite being virtually unknown in mainstream art circles.

He was the third most expensive living artist at the time of selling a Jpeg file for $69.3 million.

The file is the first digital-only NFT auctioned by Christie’s auction house and is a work of art sold as a non-fungible token.

A flurry of bids came in just as the auction was about to close, forcing the two-week timed auction to be extended by 90 seconds.

What are the takeaways for businesses?

Be open to new concepts and innovations. You must take chances and be disruptive to outperform the market, which is getting fiercer by the day.

These were just four examples of life imitating art in the form of NFTs.

But just four more steps in the thousands of innovations by humans supporting their need to express themselves in ways beyond their essential existence.