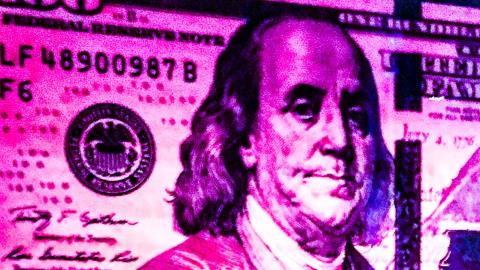 The Federal Reserve’s supervision chief has become the latest central bank bigwig to weigh in on CBDCs, comparing them to the parachute pants made famous in the 1980s by MC Hammer – a fad that could in future seem embarrassing.

With some countries, most notably China, forging ahead with their CBDC plans, in May Fed chair Jerome Powell opened up the digital dollar debate, promising a “thoughtful and deliberative process”.

However, in a speech this week, vice chair for supervision at the bank, Randal Quarles, made clear that he thinks any US CBDC plan will need to clear a high bar to prove its value.

Setting the tone, Quarles began his speech by noting America’s enthusiasm for novelty, invoking the baggy trousers that briefly ruled in the 1980s, before settling on his target, a possible digital dollar.

Quarles has three main objections: “First, the US dollar payment system is very good, and it is getting better. Second, the potential benefits of a Federal Reserve CBDC are unclear. Third, developing a CBDC could, I believe, pose considerable risks.”

The dollar is already “highly digitised” – the Fed provides a digital dollar to commercial banks that then do the same to consumers and businesses. And while the US payment system is not perfect, work is already underway – notably through a faster payments programme – to improve it.

Quarles is unconvinced that a CBDC is necessary to defend the role of the dollar in the global economy. He does not think that a foreign CBDC would usurp the dollar, is in favour of stablecoins and their potential for spurring innovation, and dismissive of bitcoin.

The banker is also wary of claims that a CBDC could improve financial inclusion, suggesting that there are better ways of doing this, notably, “taking steps to make cheap, basic commercial bank accounts more available to people for whom the current cost is burdensome”.

As for the risks associated with a digital dollar, Quarles says that an “arrangement where the Federal Reserve replaces commercial banks as the dominant provider of money to the general public could constrict the availability of credit, fundamentally alter the economy, and expose the public to a host of unanticipated, and undesirable, consequences”.

A CBDC could also present a new target for cyberattacks, offering bad actors far more points of entry than the current payment system.

Finally, a CBDC could be expensive and difficult for the Fed to manage, expanding the bank’s responsibilities and risking politicisation.

Concludes Quarles: “So, our work is cut out for us as we proceed to rigorously evaluate the case for developing a Federal Reserve CBDC. Even if other central banks issue successful CBDCs, we cannot assume that the Federal Reserve should issue a CBDC.

“The process that Chair Powell recently announced is a genuinely open process without a foregone conclusion, although obviously I think the bar to establishing a US CBDC is a high one.”