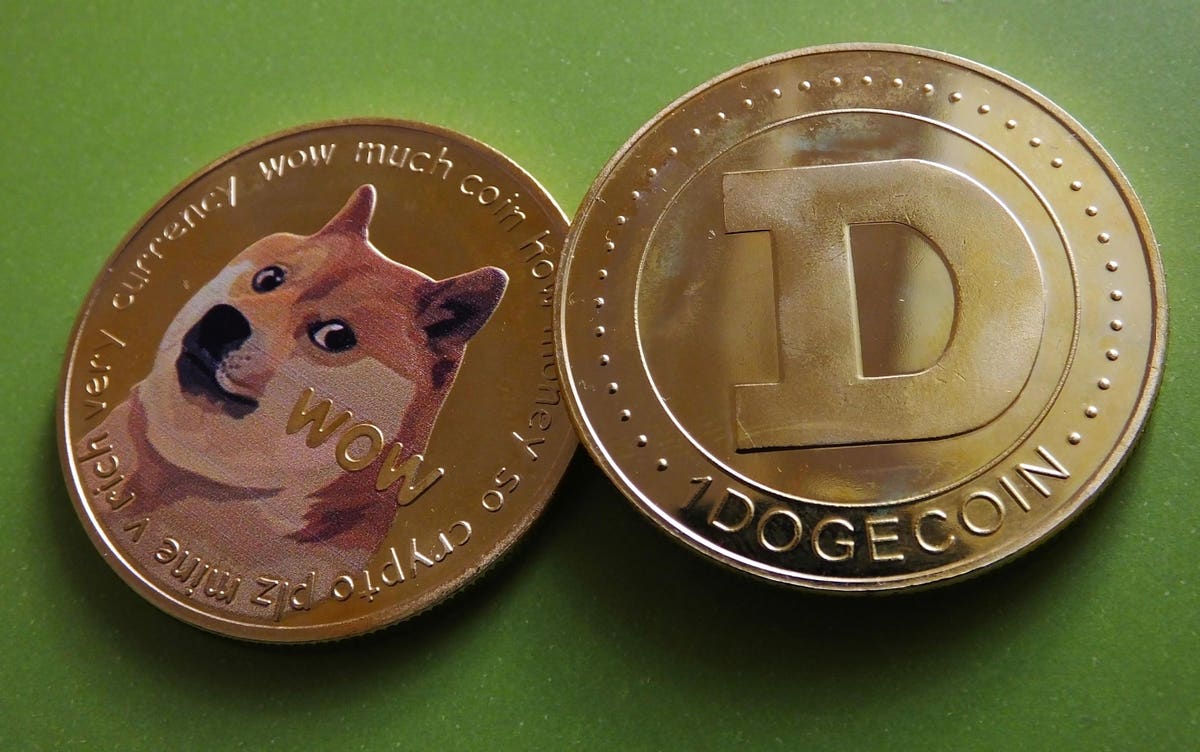 All of a sudden, it’s raining cryptocurrency. In other words, they are coming down in price the way rain falls in the tropics. Bitcoin is the most well-known, sort of the Band-Aid brand of this new crew of digital monetary species. But in recent weeks, the crypto-collapse has struck all corners of this speculation-ridden, headline-grabbing market segment.

To be clear, I see the long-term future of the so-called blockchain. This is the mechanism behind the virtual coins like Bitcoin, Ethereum, and others. In particular, I note the potential for this technology to speed up transaction processing in the financial services industry, the only business I have ever been in (35 years).

However, we are talking about the here and now. And here, and now, when a cryptocurrency created literally as a joke (Dogecoin) can capture the attention of previously disinterested investors, that’s a red flag for me. Investing has changed in many ways. For instance, there’s the reduced impact of traditional fundamental metrics, and a greater influence of quantitative, technical and trading algorithms.

But the crypto-mania has taken on a whole new level of “excitement.” Too many investors have simply thrown aside any attempt to learn much about investment history, the basics and a sense of managing wealth and a portfolio. Instead, it has descended into a Dot-Com-Era version of “buy it because it’s going up.” Not much else mattered.

Until recently, that is. Since mid-April, it’s been a different story. Bitcoin became quit-coin. Ethereum lost its enthusiasm. XRP had an X-Rated-Price decline, Chainlink broke its chain, and Stellar was anything but.

Should I continue? OK, I will. Cardano appeared to run afoul of Corleone. Dash crashed, and more than half the value of Tron is gone. There’s barely an iota of interest in owning Iota. Monero turned into gone-ero, and Civic lost its price civility.

With many varieties of crypto off 50% or more from their 2021 highs, it brings back to the surface the old argument about whether that’s just something that comes with the territory with something that is being bought more for potential and trading purposes than something more tangible. That’s for each investor to decide.

Big deal, so what?

But I fear it will lead to even more investment mis-education than existed before this whole crypto era started. Sure, the early-adopters are still way, way up since they started investing in some of these. Good for them for having the foresight and likely the information to make some decisions before crypto became the thing that everyone’s grandparents are asking their grandchildren about investing in.

One of my many investment sayings is “if you are going to take big risks, do so with small amounts of your portfolio.” That has never been more relevant than in this era of trading crypto, on your phone, 24/7. As the Hill Street Blues sergeant used to say while addressing his officers at the start of that old police show, “be careful out there.”