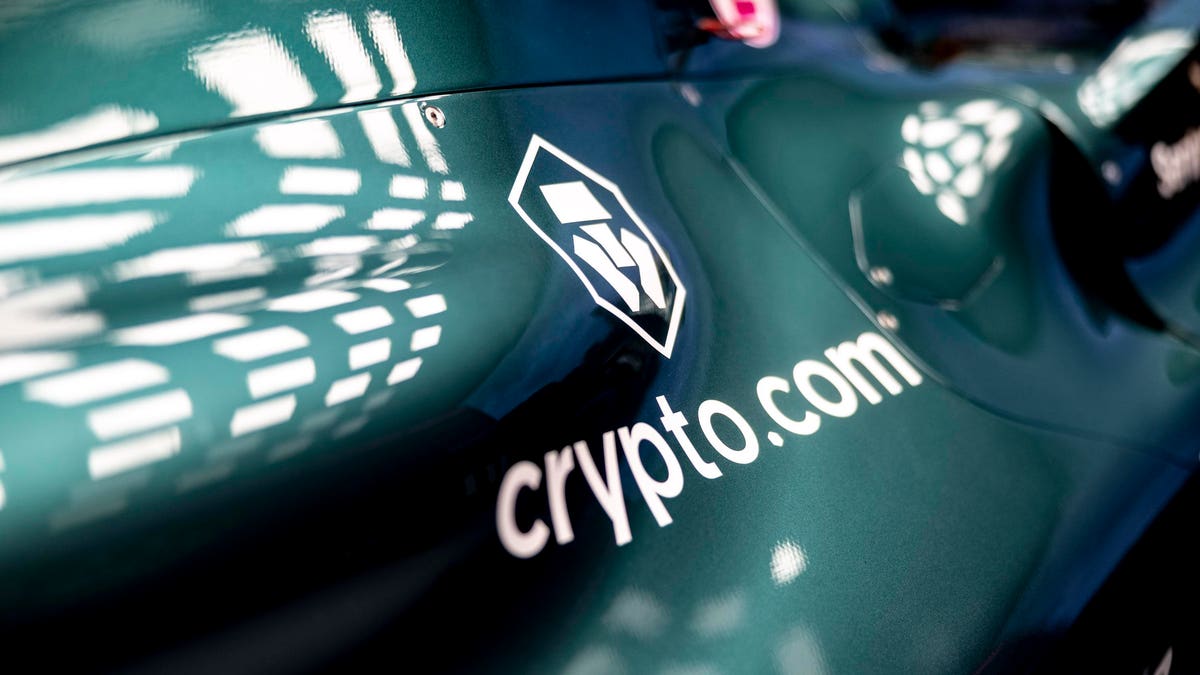 Earlier today, it was announced Formula One will partner with cryptocurrency exchange Crypto.com. The deal is reportedly worth $100 million and gives Crypto.com top-bill branding slots at the new sprint qualifying rounds at the upcoming British GP at Silverstone. The deal also affords the crypto exchange trackside billboard real estate for the remaining rounds of the 2021 season.

This new deal, however, isn’t the sport’s first exposure to the crypto market. Back in March, Aston Martin Cognizant Formula One team announced its own partnership with the crypto exchange. The collaboration helped produce NFTs of the first moments of the new Aston Martin F1 car hitting the track. Speaking with Crypto.com CMO Steve Kalifowitz, he said there’s more in store.

“We worked closely with them on content creation, strategy, and bringing to our customers, uncontroversially, valuable content. People were able to buy, as collectibles, the first videos and moments of Sebastian [Vettel] and Lance [Stroll] driving the new car.” Kalifowitz continued, “Our customers will get special access to Aston Martin and F1 in general. Will those be extended from the NFTs directly? Those are the things that are still under discussion. But the whole industry is still experimenting, figuring out what works for different properties.”

When asked why Crypto.com wanted to get involved in Formula One, to begin with, Kalifowitz said, “ You wouldn’t have imagined two years ago that a company like Aston Martin in Formula One joined Crypto.com in a partnership. And where crypto was shunned earlier because they weren’t sure about it, people are embracing it now and seeing it is good technology and can solve a lot of problems when applied properly.”

The reason for “shunning” in years past is almost certainly down to the lack of understanding of the technology, but most of all, the crypto market’s extreme volatility. The term “crypto bubble” and direct comparisons to the dot com bubble have been thrown around a lot recently, but according to Kalifowitz, we’re already past that point and in a new growth phase.

“After the dot com bubble burst, that’s when we got social media and biggest companies of today, Facebook, Twitter and others. In those years, a lot was built and the internet matured. You’re seeing a lot of that today with cryptocurrency,” said Kalifowitz. “Crypto had its bubble moment in 2017 and then people forgot about it for a while.”

Then, last year, crypto started gaining momentum again. The difference between no and pre-2017? Kalifowitz said, “The crypto industry has matured. Adults are running the show now.”

By “adults”,  Kalifowitz means institutions are getting involved, and traditional finance industry veterans are bringing their experience to top positions. At Crypto.com alone, the Chief Compliance Officer came from Visa and Chase, the General Manager in the U.K. worked at HSBC, the GM in the US is formerly Charles Schwab, and the head of Business Development is also formerly Visa.

“The difference between now and in 2017, is there are institutions in the game and they’re less jittery than retail. It’s a lot more sophisticated and a lot of neigh-sayers in 2017 have come around to it.”

That reassurance is part of the reason Aston Martin decided to partner with Crypto.com. And whereas the crypto market may experience volatility, the Aston Martin Formula One team won’t be affected by it. While Crypto.com has a massive presence in the digital currency space, the partnership is more like a traditional race team-sponsor relationship.

Speaking with Rob Bloom Aston Martin Cognizant Formula One CMO, he said he and his team had reservations, but realized there’s still much to learn. “Nobody can accurately model these things, but it feels like we’re probably at the same point on the curve as we were 15 years ago with a brand like YouTube.” Bloom continued, “From virtually nothing, it’s grown into the world’s most dominant video content brand. And it’s all entirely digital. Where will these brands be in another 15 years? We don’t exactly know, but they’re certainly not going away.”

With any new market, there is inherent volatility. Bloom and the Aston Martin Formula One team went into this deal with their eyes open, but are incredibly bullish on the future prospects. “It’s a new market – and one which we’d make no claim to fully understand – so we wanted to educate ourselves around that. What’s been really valuable is the time that Crypto.com has taken to patiently walk us through the landscape.”

Cryptocurrency is fundamentally complicated. Even veterans of the industry will admit as much. However, the maturity and the confidence from traditional finance industry stalwarts have to be some indication that crypto has unrealized potential.

Formula One teams up and down the grid are constantly on the bleeding edge of what’s possible on a race track. And, as any of the teams’ engineers will tell you, getting the cars to go as fast as they do is an incredibly complicated business in its own right. If any sport can sympathize with the lack of understanding due to the complexity of crypto, it’s Formula One.

If you’re bullish on the prospects of what the technology cryptocurrency can achieve, what Formula One manages to do with is worth the attention. If you’re in the camp that thinks crypto and NFTs are this generation’s Beanie Babies, well then, expect the new age motorsport sponsorships to go the same way as alcohol and tobacco.