EXCLUSIVE: Best selling author Walter Isaacson has been in contact with Elon Musk about the possibility of writing a biography of the controversial Telsa chief executive, Fox Business has learned. 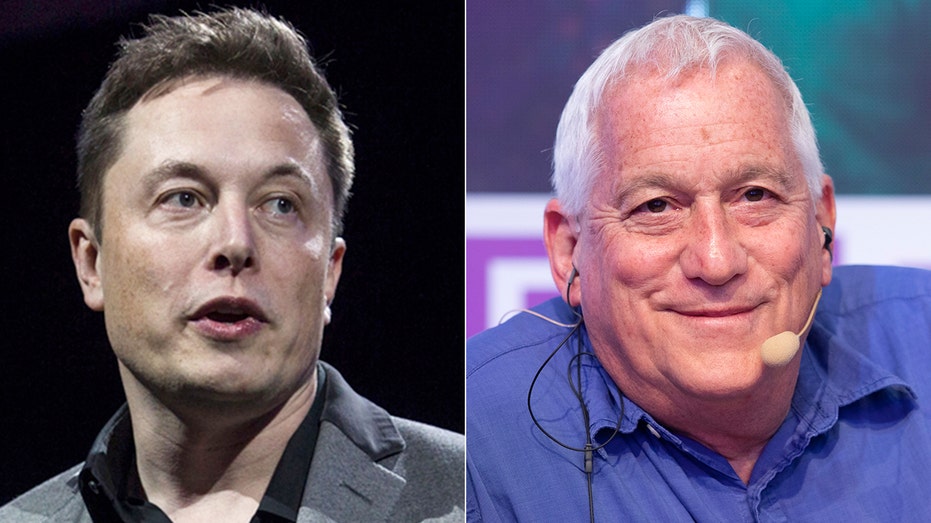 Isaacson hasn’t made a final decision on whether he will pursue the project, according to two people with direct knowledge of the matter. He has spoken with Musk by telephone in recent weeks, and plans additional conversations with him this summer before he decides if he will go forward with the book, these people add.

Musk is said to be interested in having someone of Isaacson’s stature write his biography but it’s unclear if the Tesla chief had decided to cooperate in the effort, these people add.

TESLA RECALLS OVER 285,000 VEHICLES IN CHINA, MOST OF THEM LOCALLY MADE

Isaacson, a veteran journalist, academic and author may be best known for his best selling biography of Steve Jobs, the iconic and equally controversial co-founder and CEO of Apple. In a recent interview with Yahoo Finance, Isaacson compared Musk to Jobs stating: “In some ways, he’s the Steve Jobs of our time, he’s crazy enough to think he can change the world and thus he might be one of the ones who do change the world.”

A spokesman for Isaacson had no comment. A Musk spokesman didn’t return emails and calls for comment.

Musk has bristled at comparison to the mercurial Jobs, but Isaacson is said to see compelling similarities between the two men. Like Jobs, Musk is an iconoclast who after creating the most popular electric car maker in Tesla, also created the pioneering SpaceX, which is manufacturing rockets with the ultimate goal of sending people to Mars. He has been a proponent of the use of crypto currency.

But his tenure at Tesla has been marked with controversy. In 2018, he was relieved of his role as chairman following a settlement with securities regulators. The settlement stemmed from Musk’s public feuding with short sellers who were betting that shares of Telsa were overvalued and would crash.

Musk tweeted that he had a deal to bring Tesla private at a share price far higher than where it was trading. The statement was false, and shares tanked. In 2018, Musk reached a settlement with the Securities and Exchange Commission that included payment of $40 million in penalties and was forced to appoint independent directors and make arrangements to oversee his communications, particularly on the social media platform Twitter.

Musk’s rash tweeting landed him in court when he criticized British caver who was instrumental in saving boys trapped in a flooded cave. The two were arguing over Musk’s plans to save the boys and Musk referred to the Caver, Vernon Unsworth as a “pedo guy.” A jury in Los Angeles federal court ultimately found Musk not liable for defamation.

But Musk has fewer doubters on Wall Street these days. The improved performance of Tesla — it now turns a profit—and the growing acceptance of electric vehicles among environmentally conscious consumers has turbo-charged the company’s stock.

Tesla shares have risen more than 1,100 percent since the 2018 settlement. Musk, depending on the day, is now one of the five richest people in the world. He recently hosted Saturday Night Live cementing his status as a cultural icon.

The rollercoaster nature of Musk’s career — much like Jobs’s who was forced out of Apple only to return years later and save the company from bankruptcy — is said to be what attracts Isaacson to the possibility of doing a book on Musk. Jobs died in 2011 but his various innovations in the way people communicate and consumer entertainment has made Apple the world’s largest company with a market value of $2.2 trillion.

Tesla has a market value of $672 billion, making it the largest car maker by stock valuation.

People close to Isaacson say he has yet to write a formal proposal on the Musk book and has not altered his publisher, Simon & Schuster about the possibility. He will formally decide sometime this summer on whether he will go forward with the project after additional meetings with Musk, these people add.

“(He) hasn’t decided what to do and might change” his mind, said one person close to Issacson.