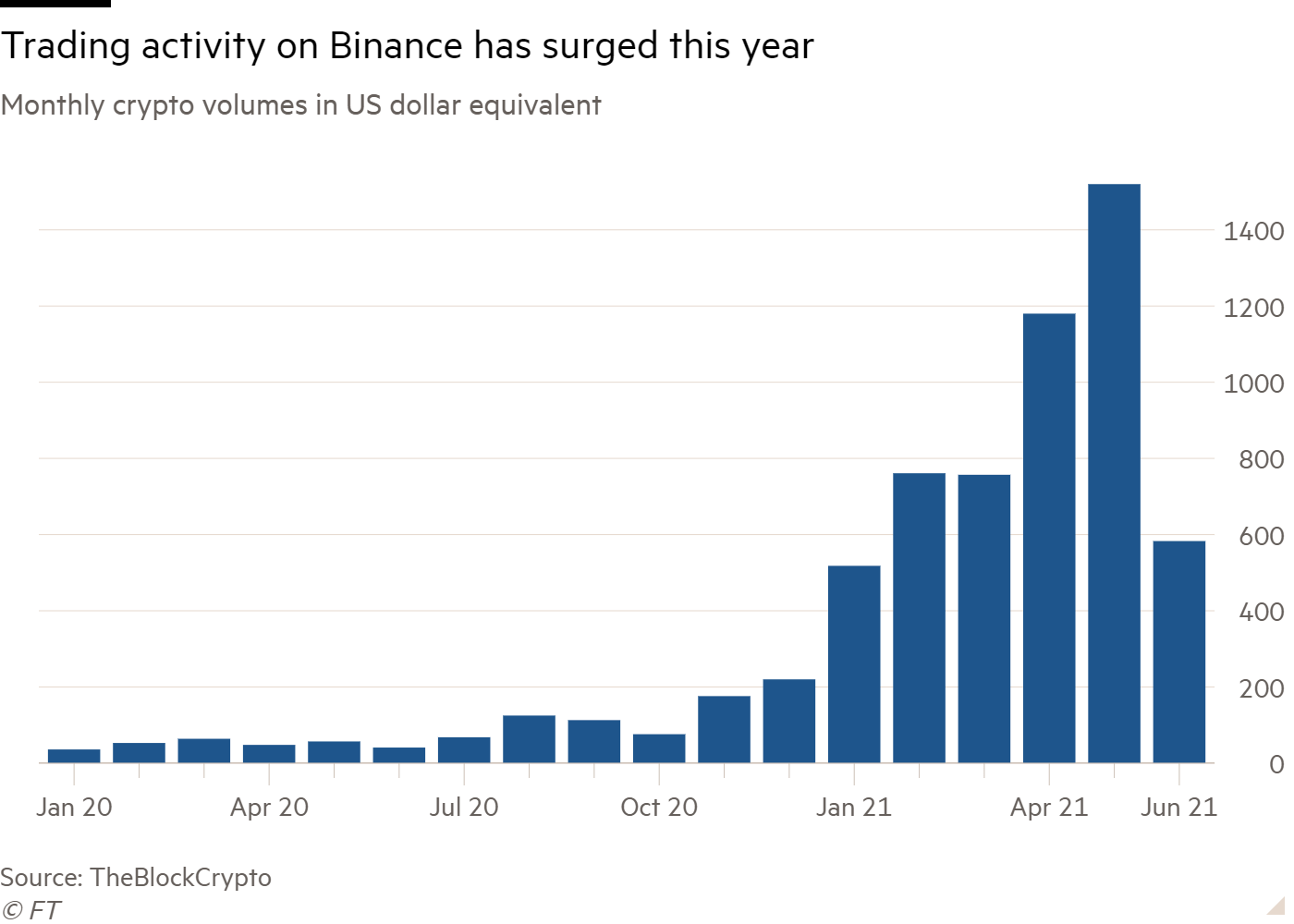 The UK’s financial watchdog has ordered Binance to stop all regulated activities in Britain and imposed stringent requirements in a stinging rebuke of one of the world’s biggest cryptocurrency exchanges.

The intervention by the Financial Conduct Authority in recent days is one of the most significant moves any global regulator has made against Binance, a sprawling digital asset firm with subsidiaries around the world. The exchange has until Wednesday evening to confirm it has complied with the watchdog’s demands, and removed its advertising.

The intervention is a sign of how regulators are cracking down on the cryptocurrency industry over concerns relating to its potential role in illicit activities such as money laundering and fraud, and over often weak consumer protection.

The FCA also this weekend issued a consumer warning against both the Cayman Islands-registered Binance holdings company and Binance Markets Limited, a London-based affiliate that is controlled by chief executive Changpeng Zhao and is overseen by the UK regulator.

The group did not immediately respond to a FT request for comment, but has previously said it “takes its compliance obligations very seriously and is committed to following local regulator requirements wherever we operate”.

Binance Markets Limited is not approved under the FCA’s cryptocurrency registration regime, which is required for UK groups offering digital asset services.

The entity had applied to become a registered cryptocurrency company with the regulator, but pulled that application last month “following intensive engagement from the FCA,” according to a spokesperson for the watchdog and two people familiar with the situation.

The FCA’s focus in deciding whether or not to approve such applications is based on a review of controls and practices to prevent anti-money laundering and the financing of terrorism.

Binance is one of the most important operators in the fast-emerging crypto market, offering a wide range of services to customers around the world, including trading in dozens of digital coins, futures, options, stock tokens, as well as savings accounts and lending. It recorded crypto trading volumes equivalent to $1.5tn last month, according to data from TheBlockCrypto.

As part of the FCA’s actions, the regulator ordered Binance to display by next Wednesday on its website that, “BINANCE MARKETS LIMITED IS NOT PERMITTED TO UNDERTAKE ANY REGULATED ACTIVITY IN THE UK.” Binance Markets Limited also must “secure and preserve all records and/or information . . . relating to all UK consumers from its systems” and halt any advertising and financial promotions.

Binance Markets Limited was established a year ago as part of a plan by the broader group to launch a UK-focused exchange, Binance UK, which would have been “ring fenced” from the wider global operation, according to public documents and the two people familiar with the matter. Although the FCA has restricted Binance from offering services in the UK, British citizens can still access Binance’s services in other jurisdictions.

London-based Binance Markets Limited had permission from the FCA to provide consumers with investment services in traditional currencies, something Binance achieved by purchasing a financial company that was already registered with the regulator. The transaction was approved by the FCA last June, according to public documents.

The FCA’s decision comes after Japan’s Financial Services Agency warned last week that Binance was conducting unauthorised trade in cryptocurrencies with Japanese citizens. It is the second time the FSA has warned about Binance after publishing an identical notice in 2018.

Germany’s financial watchdog warned investors in April that Binance had probably violated securities rules over its launch of trading in stock tokens, something the exchange tried unsuccessfully to appeal against.

The reporter on this story can be reached on email at [email protected] or Telegram at @adamsamsonFT.