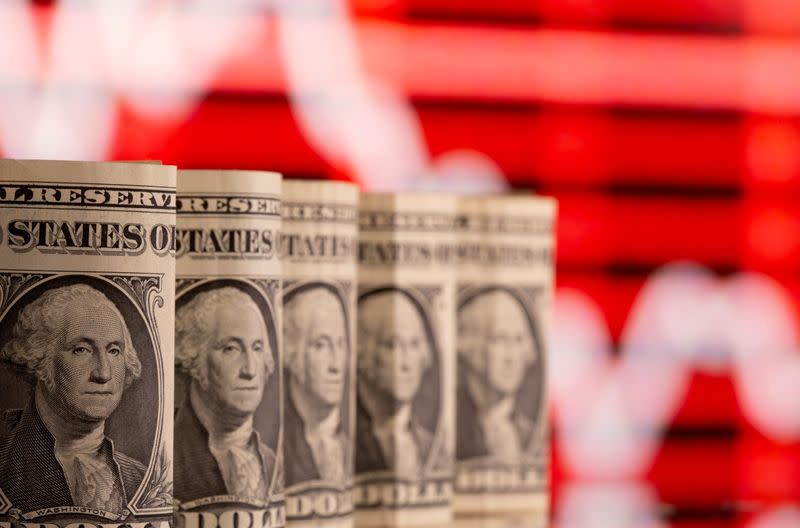 TOKYO (Reuters) – The dollar held firm on Monday after slightly softer-than-expected U.S. inflation did little to chip away investors’ conviction that the Federal Reserve could tighten monetary policy if consumer price pressures continue to intensify.

The dollar’s index against six other major currencies was steady at 91.793, having recovered from Friday’s low of 91.524 hit in the wake of the inflation readings.

In the 12 months through May, the so-called core PCE price index, the Fed’s favourite gauge of inflation, shot up 3.4%, the largest gain since April 1992.

Although inflation is expected to slow towards the year-end, signs of a tight labour market kept many investors fretting over wage-driven price pressures.

Among a raft of economic indicators due this week, Friday’s payroll data is a key focus, with economists expecting an increase of 675,000 nonfarm payrolls.

“Depending on the outcome of the payroll’s data, the market could start pricing in more chances of a rate hike next year,” said Yukio Ishizuki, senior currency strategist at Daiwa Securities.

December 2022 Fed funds rates futures are almost fully pricing in a 0.25 percentage point rate hike by the end of next year.

The general mood around an ongoing economic recovery remained solid, as Republican Senate negotiators on an infrastructure deal were optimistic about a $1.2 trillion bipartisan bill after President Joe Biden withdrew his threat to veto the measure unless a separate Democratic spending plan also passes Congress.

Cryptocurrencies bounced back from their weekend lows but ended the week lower.

Ether fetched $1,831, not far from Tuesday’s three-month low of $1,700, and registering its third straight week of loss.

Britain’s financial regulator said last week that Binance, one of the world’s largest cryptocurrency exchanges, cannot conduct any regulated activity and issued a warning to consumers about the platform.