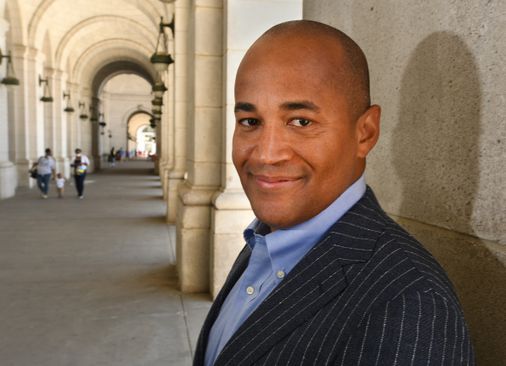 While high-flying cryptocurrencies such as bitcoin capture all the glory, a little-known version of digital money pioneered by Boston-based Circle Internet Financial Ltd. could turn out to be just as important.

Circle’s digital currency, called US Dollar Coin or USDC, is a “stablecoin.” The clue to its value is its name: One Circle Dollar Coin will always be worth one US dollar, unlike bitcoin, which can swing in value by thousands of dollars in just a few hours.

That may make bitcoin exciting to follow, but it’s pretty unreliable as a vehicle to transfer money and conduct other financial transactions. Circle, which runs a technology platform for digital currency transactions, is betting the ironclad certainty of its value will help establish USDC as a universal medium of exchange, a vital part of the planet’s financial infrastructure.

Bitcoin speculators can instantly shift their holdings to USDC as a hedge against falling prices. Companies can use the dollar coin to move money seamlessly across national borders. Even credit card giant Visa lets businesses use USDC instead of dollars to settle their accounts.

“Circle is to payments on the Internet what a company like Intel is to computer processing,” argued Dante Disparte, Circle’s chief strategy officer.

Disparte said that demand for its digital coin has increased 500 percent since January. And a band of investors led by Boston’s Fidelity Management recently invested $440 million in Circle. That’s the biggest single funding round ever for a Boston tech company, according to the National Venture Capital Association, surpassing the $400 million raised by restaurant software company Toast in February 2020 and the $320 million raised by e-commerce software company Klaviyo in May 2021.

The dollar coin isn’t a full-fledged “cryptocurrency.” Like bitcoin, it resides on a blockchain — an encrypted database running on thousands of computers worldwide. Blockchain transactions don’t have to pass through banks, so money can change hands at minimum cost and maximum speed.

But with a traditional cryptocurrency like bitcoin, the money is actually created by the network of computers that manage the blockchain. Creating more currency and recording bitcoin transactions require tremendous processing power and eat up staggering amounts of electricity. It can take 20 minutes to complete a bitcoin transaction, and cost around $60

By comparison, Dollar Coin is dead simple and much better for the environment: A customer gives Circle $1,000 in US currency and receives an account on the blockchain containing $1,000 in USDC. The cash is stashed at a traditional bank. Every month, global accounting firm Grant Thornton publishes an audit of Circle’s holdings, to confirm that the company has enough US dollars to redeem all outstanding USDCs.

Circle creates as much digital money as its customers need, then takes it out of circulation whenever it’s converted to traditional dollars or some other currency. The electric bill for each transaction is negligible.

USDC can trade on a variety of different blockchains, not just the one used for bitcoin. One is Algorand, a Boston-based company founded by Silvio Micali, a computer science professor at the Massachusetts Institute of Technology.

Algorand’s blockchain takes just seconds to process a transaction, and at much lower cost — a fraction of a cent, no matter how big the transaction.

Moving traditional currency involves lots of middlemen charging lots of fees, especially if the money is moving across national borders. But with USDC, a company can move $1 million from here to Tokyo in seconds with no banks involved, and at almost no cost.

For now, Circle serves corporate users and cryptocurrency investors, who can stash their earnings in USDC as a hedge against falling bitcoin prices. But the same system could someday provide immigrants with a cheap way to send money to family members abroad. The World Bank estimates that on average it costs about $13 to move $200 between countries. With USDC, the same transaction might cost just a few cents.

Circle plans to make its profits through an endless stream of minimal transaction fees, as well as investing the money the company keeps on deposit to back its dollar coin.

USDC faces competition from the most popular stablecoin, Tether, which is also linked to the US dollar. There’s about $65 billion worth of Tether in worldwide circulation.

But in February, Tether and the digital currency exchange that backs it were hit with an $18.5 million fine by New York Attorney General Letitia James and a ban on trading the currency in New York State. James alleged that Tether concealed $850 million in losses and added, “Tether’s claims that its virtual currency was fully backed by US dollars at all times was a lie.”

Tether’s woes have been like rocket fuel for Circle’s US Dollar Coin. The company has $25 billion of it in circulation, compared to just $4 billion in January. Another growth driver, said Disparte, was the recent decision by Visa to support USDC transactions. This means that digital currency investors can use their USDC holdings to pay their Visa bills, without first converting it to US dollars.

Governments worldwide are interested in issuing their own versions of stablecoin, typically called a central bank digital currency. China has begun international tests of its digital version and the US Federal Reserve Bank is also studying the creation of an official digital dollar. Fed chairman Jerome Powell warns that the central bank will move cautiously.