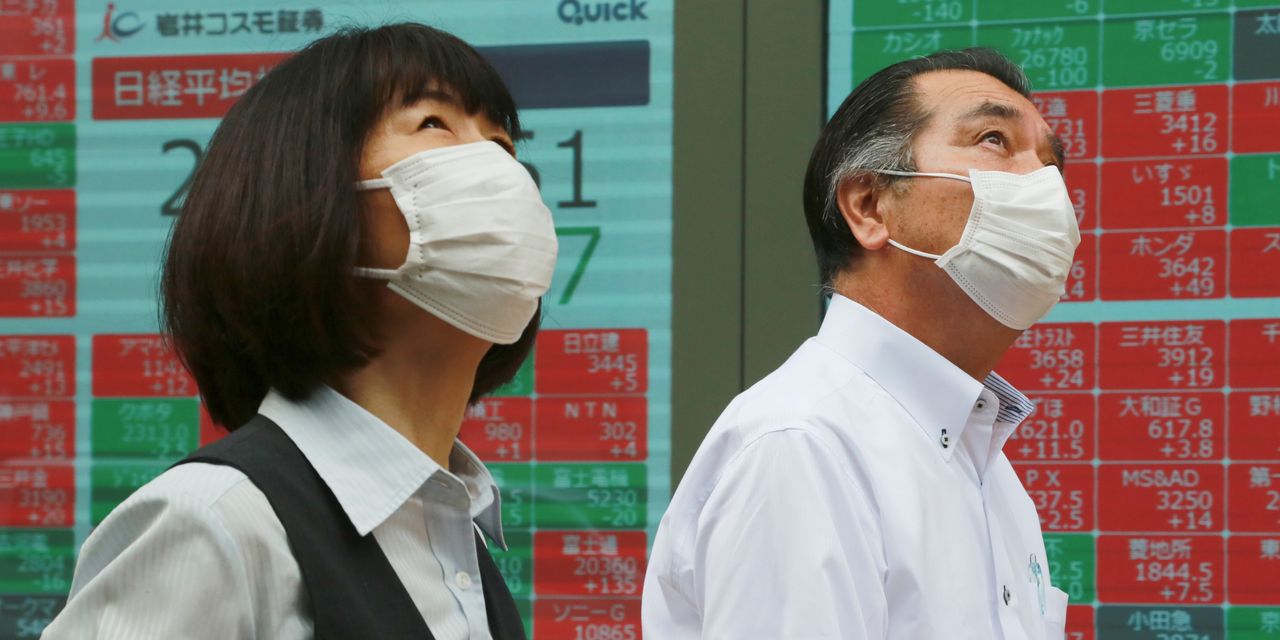 Shanghai, Tokyo and Seoul declined. Trading in Hong Kong was suspended due to a weather alert.

Investors have been encouraged by progress in Washington on an infrastructure spending plan. Markets have recovered from the Federal Reserve’s announcement that it might start raising interest rates sooner than expected.

The S&P’s gain “is generally telling of improving sentiment,” said Mizuho Bank in a report.

Investors are looking ahead to monthly surveys of manufacturing activity in Japan, China and South Korea.

Production is recovering from last year’s plunge but faces shortages of processor chips and other disruptions.

Markets have swung between optimism about economic recovery supported by the rollout of coronavirus vaccines and unease that the Fed and other central banks might feel pressure to pull back stimulus to cool rising inflation.

The Fed, which says it believes U.S. price surges are temporary, surprised traders by saying it might start raising rates by late 2023, earlier than the previous 2024 target. Markets sank but have recovered most of their losses.

On Friday, the Commerce Department said one inflation measure closely watched by the Fed increased 0.4% in May and is up 3.9% over the past 12 months, well above the Fed’s 2% target.

Also Friday, President Joe Biden and a group of senators agreed on a $973 billion, five-year plan for spending on roads, railways and ports.