Bitcoin Slumps Toward Another ‘Crypto Winter’ 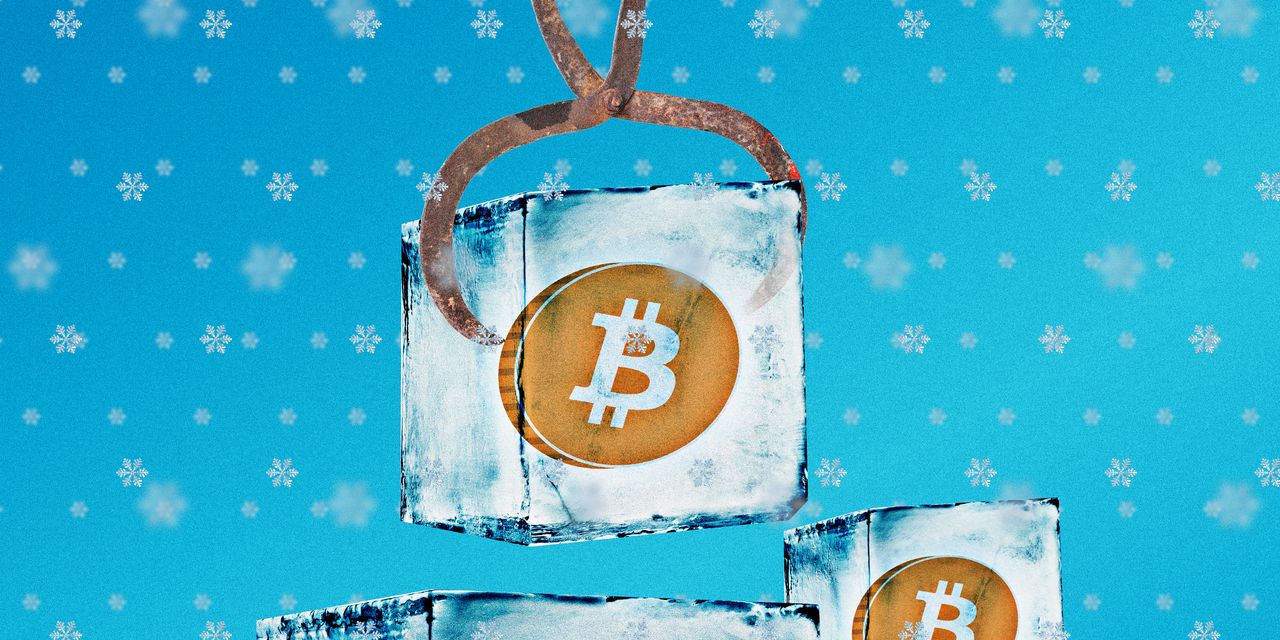 New bitcoin investors felt the thrill of the digital currency’s most recent epic rally. Now, they are experiencing the other side of that ride.

As severe as the recent selloff is, though, it isn’t close to being the worst in the digital currency’s 12-year history.

The deepest of those selloffs have been followed by long periods of flat trading. It’s a cycle that has come to be called “crypto winter.”

Bitcoin is driven mostly by sentiment and risk appetite, said DailyFX analyst Peter Hanks. Once an asset driven by those factors starts falling, it’s easier for it to keep falling, he said.

“I think bitcoin is certainly headed for more losses here,” Mr. Hanks said. With $30,000 having been pierced, the next major level is $20,000, he said. “If it breaks that, then crypto winter is certainly back on the docket.”

Each cycle’s rally has been driven by a new group of buyers, and each selloff has seen many of them leave the market. That may be happening again. Bitcoin’s biggest problem isn’t a crackdown by China on cryptocurrencies or Elon Musk’s snarky tweets, said J.P. Morgan analyst Nikolaos Panigirtzoglou. Its problem is money leaving the asset class.

“More than a month after the May 19th crypto crash, bitcoin funds continue to bleed,” he wrote in a report. “Institutional investors, who tend to invest via regulated vehicles such as publicly listed bitcoin funds or CME Bitcoin futures, still exhibit little appetite to buy the bitcoin dip.”

For the week ended June 18, crypto funds saw outflows of $79 million, according to investment firm CoinShares. That was a third straight week of outflows, totaling $211 million. The skid marked the longest such streak since February 2018.

Bitcoin-only funds, the firm noted, endured a sixth straight week of outflows: $89 million last week, and $246 million in total for the first three weeks of June.

Do you think crypto is here to stay or just a passing trend? Join the conversation below.

Many in the market still believe institutional money will come back, though it might take longer than expected, said Sam Bankman-Fried, the founder of crypto exchange FTX. Still, a lot of the businesses in the sector did well in this last cycle and are in a good position to weather a downturn. And he still expects more institutional investors will show up, eventually.

“Overall, I think this is a lot less deflated and grim than previous drawdowns,” he said.