Amazon scammers are slick; here’s what to watch for 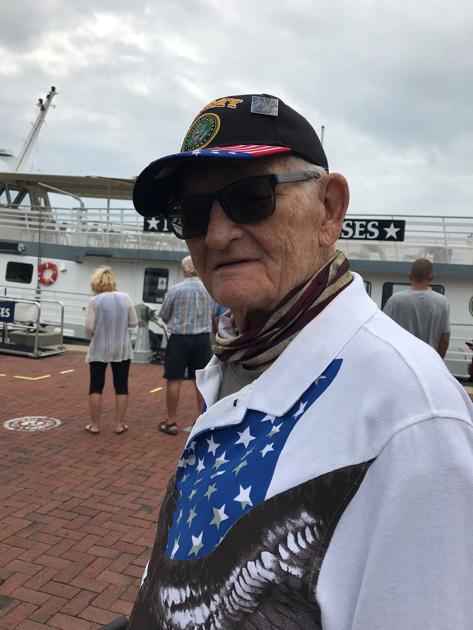 The bad part about having me as a sister-in-law is that one day you’re bound to hear the phrase: “Didn’t you read my column on that one?”

Even so, my brother-in-law is a good sport to let me share his incredible story involving the fast-spreading, phony Amazon fraud alert scam where someone allegedly made a ridiculously high charge on your account.

One thing I want you to know up front: The Amazon scammers are sickeningly good at what they’re doing — and they’re stealing a bunch of money and creating a ton of headaches this year.

And, quite honestly, they’re making good people feel bad when they shouldn’t. Scammers pretend to be from Amazon at alarming rates

I wrote about the surge in “suspicious activity” scams on June 2, just a few days before my brother-in-law got his call. His story of how the scammers contacted him and sounded so convincing is worth telling, given how big this scam is getting.

The scammers might say there’s been a suspicious purchase, a lost package or an order they can’t fulfill, according to an earlier alert from the Federal Trade Commission.

Somehow Amazon is the new IRS for scammers. People bought plenty of goods from Amazon during the pandemic, and scammers know Amazon trucks are a regular sight in our neighborhoods.

Consumers are receiving up to 150 million robocalls per month from fraudsters claiming to be with Amazon, according to YouMail, which has a robocall blocking app.

The West Bloomfield police issued a scam alert in June stating: “Scammers are posing as Amazon employees and requesting payments or fees to keep accounts active.”

The Better Business Bureau is warning that if you think there might actually be a problem with one of your accounts, contact the company using a phone number or website you know is real. Don’t go to a website that a caller suggests.

My brother-in-law Larry Geromin, a Ford retiree now living in Norfolk, Va., did what a lot of people do to avoid scams these days. He didn’t answer his cellphone when he didn’t recognize the number. All good there.

Scammers know that U.S. consumers often don’t pick up. So they often leave an alarming message anyway. Larry remembers hearing something about an “unusual charge” on his Amazon account for $499.99.

“OK, so I call them,” Larry told me on the phone the other night. “And I said I don’t have an Amazon account.”

Ever prepared, the scammer who claimed to be from the Amazon fraud department said someone must have made the charge using Larry’s debit card.

And then the story sounded plausible.

Several years ago someone was able to use Larry’s debit card to run up a little less than $1,000 in charges or so — at less than $500 a pop. So it made perfect sense to him that some crook might try that one again.

Not to worry, the scammer then told Larry, there was a way to take care of it. All he had to do was fill out a form — and the scammers, helpfully, told him to go to a website.

He turned on his computer, went to the website and clicked on a link to get the form.

When he asked why there was a cursor there, the scammer said he would be able to help Larry fill out the form.

Along the way, the scammers showed Larry what looked like his bank account information and a negative $499.99 on that statement.

The scammer was going to take that charge off but somehow ended up putting $3,499.99 into Larry’s account, which Larry could see on his computer screen.

“Oh, we’ve got to correct this,” the scammer said. “You’ve got to give me the money.”

Larry recalls the scammer trying to make him feel sorry for him with all sorts of comments.

“I’m an honest American,” the scammer said. “I’ve got a 2-year-old daughter. My boss is going to fire me.”

Larry’s response: “You put the money in there. You get it out.”

The scammer asked Larry to drive to his nearest CVS. Larry told him he doesn’t drive anymore, which he doesn’t. (But frankly, that’s not a bad line for a lot of people to use.)

“Well, get a ride,” the scammer said, suggesting that Larry call him when he arrived at the CVS.

He knew that something had to be wrong when they suggested he buy gift cards.

Larry just hung up and the scammer tried to call him 17 more times. Larry never answered.

The scammer then started texting him. Larry’s son Patrick — who drove over to help his dad work through this mess — texted the scammer back.

Let’s just say Patrick’s text was the exact opposite of “Have a nice day.”

But he did end up with a mess because the scammers had access to his computer when he clicked on that link.

The next steps proved to be quite a headache, as Larry and his family alerted authorities, changed passwords, called the bank to get a new account number and the like.

“The bank froze my account when they saw some transaction trying to come through,” he said.

But the screen Larry saw for a bank statement was likely a phony. The mistaken extra $3,000 is only designed to get the victim to hand over real cash via a gift card, bitcoin or wire transfer.

It is good that he contacted his bank immediately. The bank did reissue a new debit card and give him a new account number. But that created more work to make sure the bills that are on automatic payment could get paid.

And Larry had to take steps to make sure the new account number was given to the Social Security Administration and others so that he could get the money that was direct-deposited into his account.

His rent check on his apartment didn’t clear because he wrote the check shortly before the account had to be closed. But he worked through that mess, too.

He filed a complaint with the police there, who told him to file a report with the FBI.

Many of these scams are quisophisticated, often building on bits of information that’s already available.

Adam Levin, founder of CyberScout and author of “Swiped: How To Protect Yourself in a World Full of Scammers, Phishers and Identity Thieves,” said a huge batch of compromised login credentials was discovered recently that was associated with accounts with Amazon, Apple and many other big online entities.

He noted that Windows malware had collected account information of many consumers between 2018 and 2020.

So, he said, it’s important that your credentials should be different for every online account you use, and you should enable two-factor authentication where you can as an extra precaution.

“Your identity can be stolen and your bank account placed at risk with one bad click,” Levin said.

He noted that scammers are skilled at getting people to make a move that opens up their device to hackers.

“This corrupted software allows hackers to collect login information, or the link might allow for a takeover that provides a hacker with complete access to a device, which includes any login information that might be stored on it,” he said.

Seeing a cursor on a screen, for example, may indicate a remote takeover.

When fraudsters gain access to your computer, the threat of ID theft is real. You can contact the Federal Trade Commission to report fraud at ReportFraud.FTC.gov and the site offers tips on what to do next. You can also file a complaint at the Federal Bureau of Investigation’s Internet Crime Complaint Center at www.IC3.gov.

Amazon notes that you can report suspicious emails or web pages to stop-spoofingamazon.com.

While scammers want you to buy gift cards, they also may want to steal personal information. So it’s essential to alert your bank when such problems take place.

A Troy, Mich., victim, for example, lost $1,000 in an Amazon-impersonation scam on June 1 after receiving an email supposedly from Amazon regarding a purchase of an Apple MacBook, according to a Troy police report.

The MacBook was being delivered, supposedly, to an address in Wellington, Fla.

The victim notified them he did not buy a MacBook. The number was connected to scammers.

According to the police report, scammers gained his credit card information and convinced the victim to buy two $500 gift cards and give them the serial numbers so they could access the cash.

Scammers often target people who are 60 and older because they may have money after working and saving for years.

Larry, like a lot of people I write about when it comes to these scams, is one of the good guys. His granddaughter Penny Bloom says his favorite color is “America.”

Larry and my sister Linda raised three children in their home in Hamtramck, Mich., sent them all to college, made sure to be there when anyone needed them.

Linda and Larry — whose names were glued together in our family — would have celebrated their 49th wedding anniversary this year on Thursday.

After a long illness, with Larry always at her side, Linda died in early 2018. She was in the hospital on her last anniversary in 2017, and Larry was at her side that day, too. He moved from Michigan soon after her death to be near his son and daughter in Virginia.

“I thought I’d never fall for a scam,” Larry told me. “I don’t consider myself too dumb here. Yeah, I got caught on that one. It seems simple enough.”

I joked with Larry about not reading my column. But the reality is I’ve written too often about these scammers not to know how they’re able to catch someone off guard. Maybe you’ve had a bad time during the past year’s coronavirus crisis. Maybe, like Larry, you just had some medical procedure that’s thrown you off your game.

The crooks are clever, but they’re evil, too. They’re not raising 2-year-olds or fearing getting fired, like many people who are busting their behinds every day. They’re just dialing for dollars and snickering at everyone along the way.

And frankly, I’ve lost my patience with smug people who blame the victims of these scams. From where I sit, you’re complicit in the crime if you blame victims and easily let the crooks off the hook. Scammers are real threats to all of us.

Many times, I hear people make themselves feel better by saying they’d never fall for a stimulus payment scam, a romance scam or even this Amazon scam.

Sure, call me when the scammers get you going one day. Then maybe you’ll understand how vicious scammers are these days.

Larry, who is a regular reader of the Free Press online, said he couldn’t figure out how he missed my column. Maybe he had a golf game that day.

After we talked, he told me that he later made copies of my earlier Amazon column to hand out to members at the American Legion post in Norfolk to warn them about the scam.

He thought it was good that I share his story so others don’t get anywhere close to being scammed, too.

Susan Tompor is the personal finance columnist for the Detroit Free Press. She can be reached at [email protected].

As an Amazon Associate I earn from qualifying purchases.