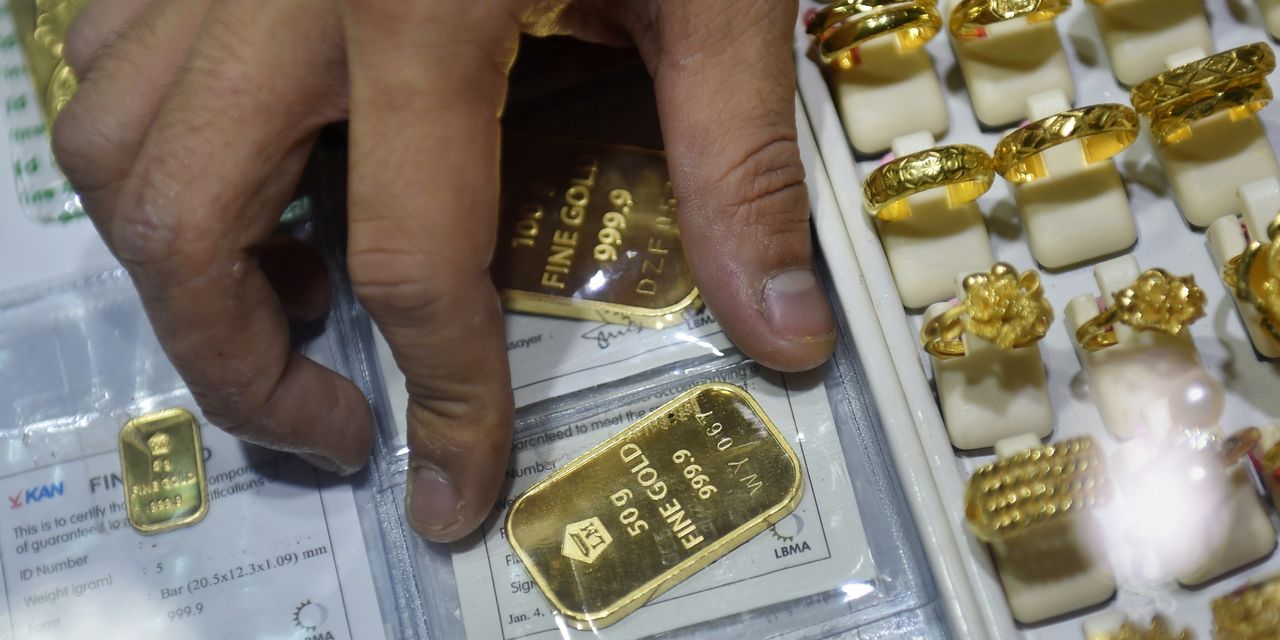 Gold futures inched higher on Thursday, with the precious metal attempting its first back-to-back gain in two weeks, supported by some weakness in the U.S. dollar. However, a rise in assets considered risky, like global stocks, may undercut some of the appeal for gold from haven buyers.

“Indeed, the current global optimism has caused traders and other mid-term investors to rotate away from defensive values and safe havens to riskier assets, which represents a strong bearish market driver for gold,” wrote Pierre Veyret, technical analyst at ActivTrades, in a Thursday note.

In the U.S. data, first-time applications for unemployment benefits in the week ended June 19, dipped by 7,000 to 411,000 after an upward revision to prior numbers. Economists had expected the number of initial claims to fall to 380,000 from 412,000 in the previous week.

A final reading of first-quarter gross domestic product came in at an unrevised 6.4% annual rate, a report on U.S. durable-goods orders climbed 2.3% in May, while core capital goods orders slipped 0.1% on the month, and a reading on U.S. advanced trade deficit in goods widened to $88.1 billion in May from $85.7 in the prior month.