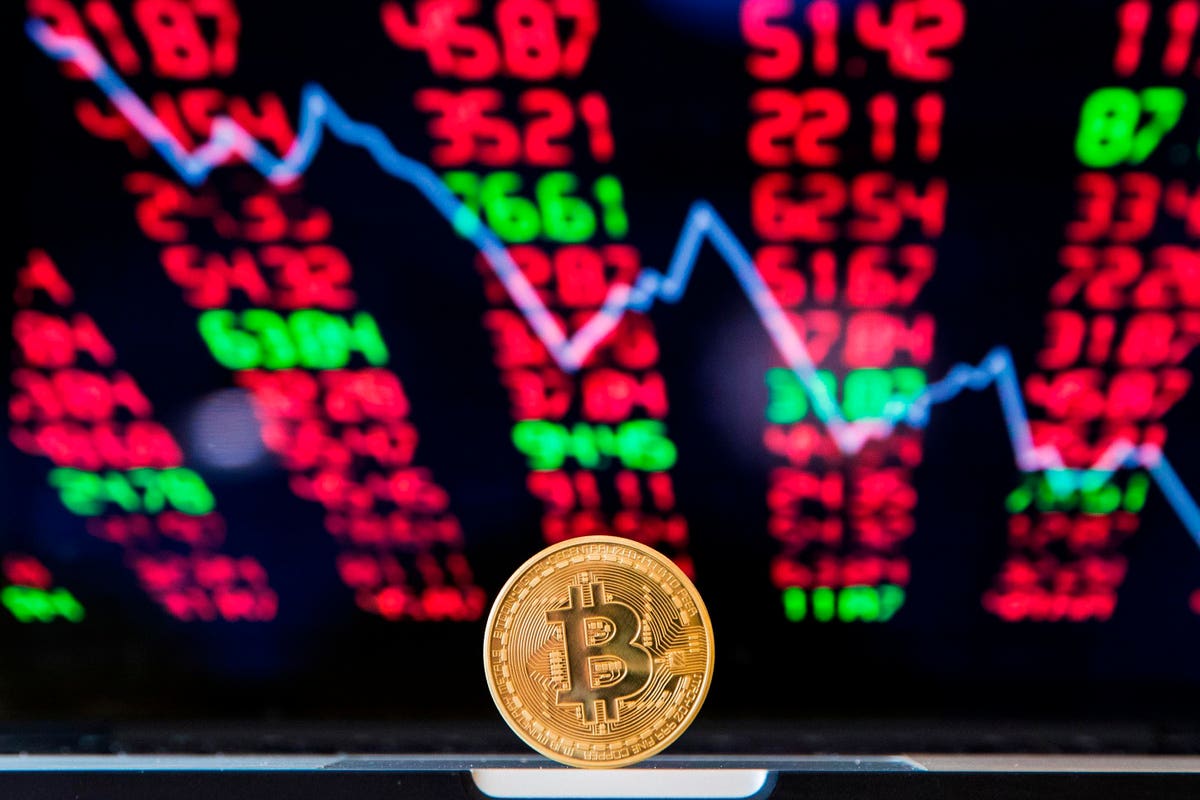 Bitcoin and cryptocurrencies have had a rocky time over the last few weeks, with the bitcoin price swinging at a blistering clip.

The bitcoin price fell to lows of $28,600 per bitcoin on the Luxembourg-based Bitstamp exchange this week before bouncing back over $30,000—yo-yoing a white-knuckle $6,000 in a matter of hours. Meanwhile, other top ten cryptocurrencies ethereum, Binance’s BNB, cardano, dogecoin and Ripple’s XRP have also dropped sharply, wiping hundreds of billions in value from the combined $1.4 trillion crypto market.

Now, after correctly calling the latest bitcoin and crypto sell-off, analysts at Wall Street giant JPMorgan have predicted the bitcoin price is likely to move lower over the medium term.

Sign up now for CryptoCodex—a free, daily newsletter that explains the world of bitcoin with brevity. Arriving in your inbox at 7am EDT every weekday

“It would still take price declines to the $25,000 level before longer-term momentum would signal capitulation,” JPMorgan strategists led by Nikolaos Panigirtzoglou wrote in a note first reported by Bloomberg, giving bitcoin a fair value between $23,000 and $35,000 over the medium term, based on a comparison of its volatility versus gold.

While JPMorgan has given bitcoin a theoretical target price of $140,000, based on the convergence of bitcoin volatility with gold, bitcoin is almost six times as volatile as gold, giving it a fair value of one-sixth of $140,000, or $23,000.

“Despite this week’s correction we are reluctant to abandon our negative outlook for bitcoin and crypto markets more generally,” the analysts wrote, adding that though there has been “some improvement, our signals remain overall bearish.”

Bitcoin has long been the main driver of the cryptocurrency market, with almost all major tokens, including ethereum, Binance’s BNB, cardano, dogecoin and Ripple’s XRP, tracking bitcoin’s price movements.

While ethereum, the second-largest cryptocurrency after bitcoin, has outperformed bitcoin over the last year, ethereum’s price dropped along with bitcoin this week as China moved to crack down on crypto miners—who use vast amounts of electricity to secure blockchains and validate transactions in return for freshly-created tokens.

CryptoCodex—Helping you understand the world of bitcoin and crypto, every day

MORE FROM FORBESCrypto Price Prediction: Is Ethereum About To ‘Flip’ Bitcoin?By Billy Bambrough

Meanwhile, the bank’s strategists also warned the potential unlocking of shares in the Grayscale Bitcoin Trust (GBTC) could become a source of downside risk for the bitcoin price.

“Selling of GBTC shares exiting the six-month lockup period during June and July has emerged as an additional headwind for bitcoin,” JPMorgan analysts wrote. The Grayscale Bitcoin Trust, the largest digital asset fund manager, allows institutional investors to gain exposure to bitcoin through shares in the trust, which currently holds just over 650,000 bitcoin tokens—3% of bitcoin’s supply.