Cardano price rallied significantly over the past 24 hours in an attempt to recover the losses piled up after the recent crash. Although a minor retracement seems likely after a quick run-up, the uptrend appears to be intact.

Cardano price rallied roughly 16% over the past 24 hours and has flipped a crucial resistance level at $1.329 into a demand barrier. This move will allow the buyers to prepare for the next leg up. Therefore, investors can expect a minor retracement toward the support level at $1.327 before rallying higher.

As for the upside potential, ADA price looks primed to retest the next supply barrier at $1.451 and the 50% Fibonacci retracement level at $1.481.

However, considering the overall market structure for Cardano and Bitcoin price, it is likely for the so-called “Ethereum killer” to tag the lower boundary of the supply zone at $1.525, which is roughly 15% from the support level at $1.327. 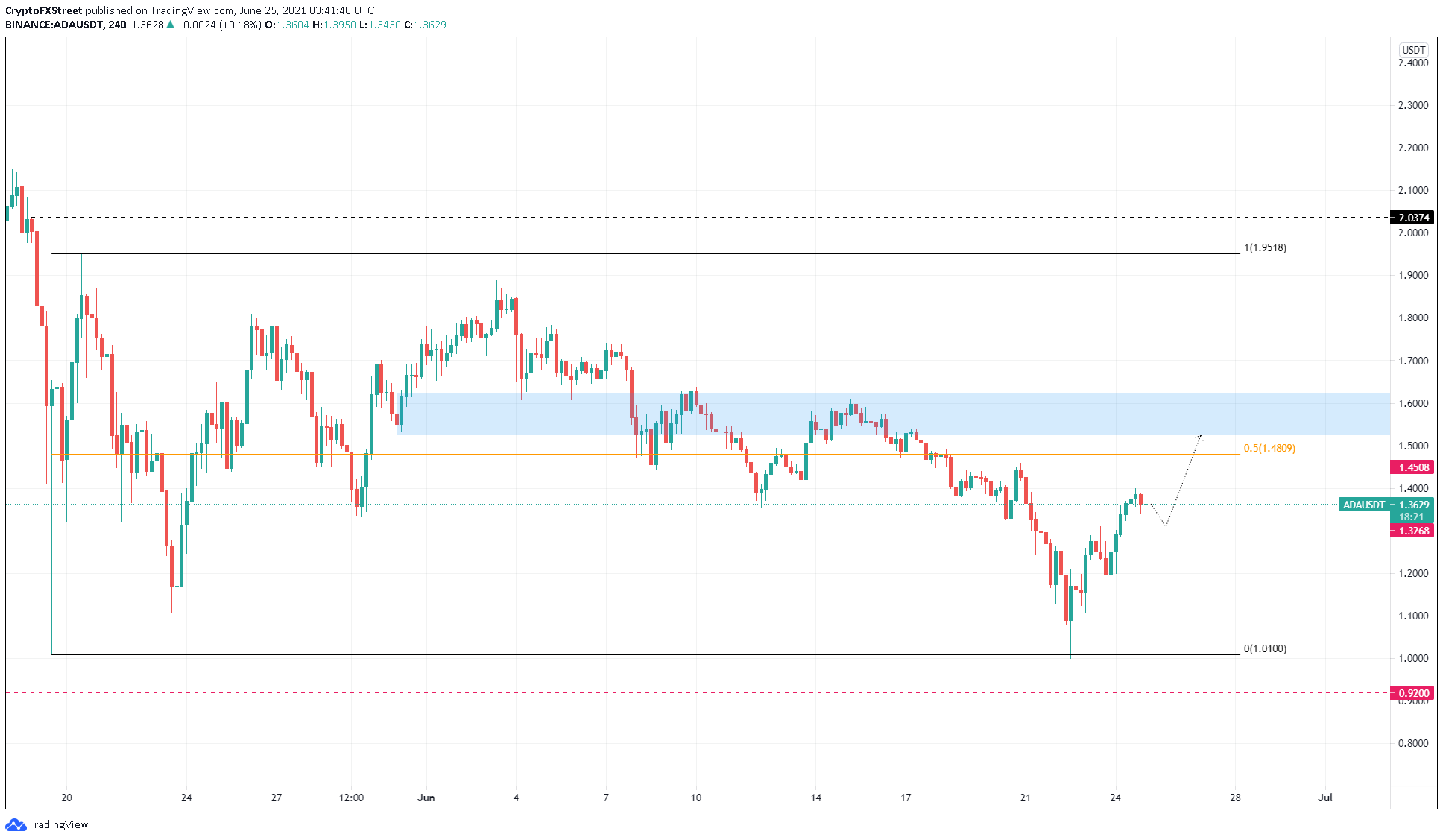 Due to the recent crash, investors have recycled their investments from altcoins to the flagship crypto. This development is apparent when looking at the Bitcoin dominance chart. Hence, the events that have taken place over the last few days have made altcoins more correlated to BTC.

Likewise, the correlation of ADA to BTC has increased from 0.29 to 0.62 over the past week. This 113% increase indicates that Cardano price moves are influenced by Bitcoin price.

Since BTC is showing a bullish bias, market participants can expect ADA to follow suit.

Supporting this upswing is IntoTheBlock’s In/Out of the Money Around Price (IOMAP) model, which indicates strong clusters of investors present below the current price level.

Therefore, there is a high chance that Cardano price will likely hit the intended target.

While things seem to be working in favor of Cardano price, a breakdown of the support level at $1.327 will put a dent in the upswing narrative.