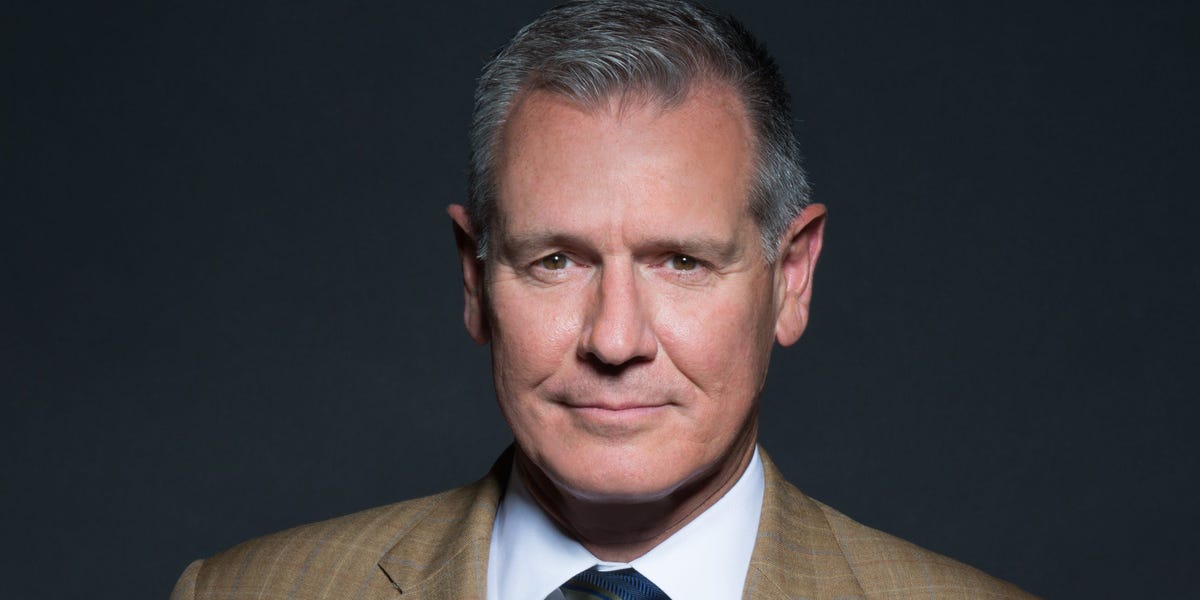 Ethereum (ETH) has earned its place as the cryptocurrency second to bitcoin (BTC) with the second-largest market cap.

Yet the two don’t always compete. Bitcoin is seen as a store of value, while ethereum’s blockchain enables the development of smart contracts and various applications, giving it wider use cases.

But ethereum’s real competitor may be coming down the pipeline, according to Keith Bliss, the president of Capital2Market, a firm that provides technology solutions to the financial sector. Bliss told Insider he sees developers increasingly turning to polkadot (DOT), the ninth-largest crypto by market cap, to build their platforms.

Bliss’ career has largely revolved around fintech since the late 1990s when he sold trade order management systems to large buy-side asset managers. He then transitioned to electronic trading systems that connected institutional buy-side players with institutional sell-side players to transact equities for Wall Street.

He has witnessed the gradual development of fintech over the last two decades, which is why he’s optimistic about the development of cryptocurrencies and the overall tokenization of assets. The latter refers to the process of converting some form of equity or asset into a token that can be moved and transferred on a blockchain.

Both ethereum and polkadot have transaction protocols that automatically execute, control, and document legally relevant events on their respective blockchains. However, polkadot can bridge and interact with other blockchains including ethereum. This means it doesn’t need to have applications built right into its main blockchain, but instead, it can have them connected by a bridge, Bliss told Insider. And this makes polkadot a scalable, multi-chain platform.

“So this is where you start to see the interoperability of blockchains around the world,” Bliss said. “This is what polkadot is solving. One of the biggest problems is that, okay, how do the blockchains communicate with one another?”

Ethereum’s open-source network and its ease of use had developers flocking to its platform, increasing the number of applications using its blockchain, Bliss said. But every addition the network required needed to be coded right onto its blockchain.

As applications continue to build up, one concern is the network’s ability to handle more transactions with speed, Bliss told Insider.

Also, like any innovation, once it’s out there in the marketplace for a few years, you start to see the problems it’s not solving and this is ethereum’s current predicament, Bliss said. The co-founder of ethereum, Gavin James Wood, went on to create polkadot.

But Bliss doesn’t expect ethereum to be replaced because like bitcoin, it’s widely been embraced and adopted by the institutional community. And, it will get upgrades along the way. But he does believe polkadot will both complement and compete with ethereum.

Predicting polkadot’s price action is a bit tougher than doing it for ethereum and bitcoin, Bliss said. Leading crypto investment firms like Grayscale have built products around the latter, such as the ethereum ETF (ETHE) . Investors can also trade futures on both crypto assets unlike polkadot, which was only listed on Coinbase more recently, when Bliss himself bought a few shares, he said.

However, it’s reasonable to expect polkadot to return to its $48.68 all-time-high. Polkadot could see this price point before the end of the year, he said.

He added that this will also depend on polkadot’s ability to continue growing and adding parachains, which are the independent blockchains that connect to and run off its network. Additionally, it will need to keep attracting developers until it becomes the go-to for decentralized financial application protocol.

Based on these fundamentals, within three years, he told Insider he doesn’t see a reason why it couldn’t hit $100, up 521% from where it was trading early Thursday.