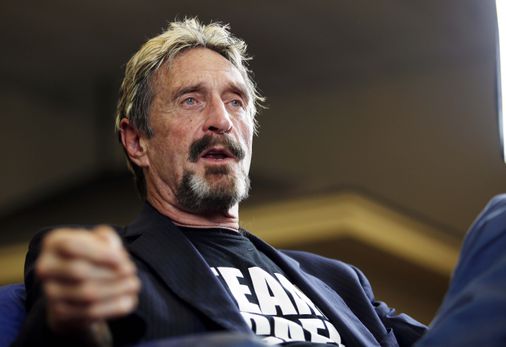 Southwest Airlines said Wednesday that longtime CEO Gary Kelly will step down in February and be succeeded by another veteran at the nation’s fourth-largest airline. The new CEO will be Robert Jordan, the executive vice president of corporate services. Southwest said Kelly, 66, plans to remain executive chairman at least through 2026. Speculation about Kelly’s successor had sometimes focused on Tom Nealon, who was named president in January 2017, and Mike Van de Ven, the chief operating officer. Both men have played more prominent roles in key events such as quarterly calls with Wall Street analysts. — ASSOCIATED PRESS

Electronic Arts to buy maker of Golf Clash for $1.4 billion

Video-game giant Electronic Arts agreed to buy Playdemic Ltd., maker of the Golf Clash mobile game, from Warner Bros. Games for $1.4 billion in cash. The Playdemic acquisition is part of EA’s mobile growth strategy, in which it has built a stable of more than 15 live services in an array of game categories, the company said in a statement Wednesday. Golf Clash, in which players around the world can compete in real time, has had more than 80 million global downloads. — BLOOMBERG NEWS

Owner of Brooks Brothers and Forever 21 gets Izod as well

Authentic Brands, owner of businesses such as Brooks Brothers and Forever 21, agreed to buy the heritage brands unit of PVH Corp. in a $220 million deal. The cash transaction includes brands such as Izod, Geoffrey Beene, and PVH’s namesake Van Heusen, the companies said Wednesday in a statement. The deal is expected to close in the third quarter of PVH’s current fiscal year. PVH will retain brands such as Tommy Hilfiger and Calvin Klein. New York-based Authentic has made a name for itself buying well-known consumer brands, often through bankruptcy sales, and revitalizing the intellectual property, online presence, and brick-and-mortar portfolio. — BLOOMBERG NEWS

Lego unveiled a prototype building block from sustainable materials as part of the toymaker’s plans to wean itself off oil-based plastic. Lego said it used recycled plastic from discarded bottles, after testing more than 250 variations of sustainable plastic material over three years. On average, a one-liter plastic PET bottle provides enough raw material for 10 standard-sized bricks, the Danish company in a statement on Wednesday. — BLOOMBERG NEWS

Amazon to buy power from 14 wind and solar farms

Amazon signed deals to buy power from 14 wind and solar farms across North America and Europe, bolstering its position as the world’s largest corporate buyer of renewable electricity. The latest push is part of the company’s plan to use renewable sources for all of its power needs by 2025. Amazon’s latest batch of green electricity deals are for a total capacity of 1.5 gigawatts, the company said in an e-mailed statement. Amazon will buy power from renewable projects in several states including Arkansas, Mississippi, and Pennsylvania. — BLOOMBERG NEWS

Shades of the Roaring Twenties: champagne guns in the Hamptons

Right out of lockdown, wine in a plastic cup and cheese plates would do. Now theme parties with flashy accessories feel more like they match the giddy moment. In East Hampton over the weekend, one host brought out watercress sandwiches and parasols for a tea party. Another, Champagne guns. The shiny plastic guns — loaded with Veuve Clicquot — sprayed guests hanging out near the DJ, poolside. The idea was to recreate some of the spectacle of Cloud Nine Alpine Bistro, an Aspen restaurant that can only be reached on skis. — BLOOMBERG NEWS

Let go of a balloon, and it will float up into the air, ascending higher and further away until it’s eventually out of sight. And maybe —if it’s a very special balloon — it will reach the stratosphere. That’s the simple, underlying idea behind the latest space travel venture. Space Perspective aims to use giant “space balloons” to bring eight people at a time to a 19-mile-high, pitch-black lookout for $125,000 views of the planet Earth. Its tourist flights went on sale Wednesday, after a private pre-sale period that has already sold out at least three initial trips — all slated for takeoff in 2024. — BLOOMBERG NEWS

Bitcoin fund becomes first to trade in the Middle East

The Bitcoin Fund listed on the Nasdaq Dubai exchange Wednesday, the first of its kind to trade in the Middle East as cryptocurrencies grab attention globally. The Canadian fund was the first of its type to be listed on a major exchange, in Toronto, last year. The intent of the Dubai listing is to get trading at all hours around the globe. Dubai-based Dalma Capital Management Ltd. was the joint lead arranger for the offering. The Bitcoin Fund invests in long-term holdings of Bitcoin as a safer alternative to direct investments in the cryptocurrency, according to its prospectus. The fund does not speculate with regard to short-term changes in Bitcoin prices. — BLOOMBERG NEWS

GlaxoSmithKline to spin off consumer unit

GlaxoSmithKline will carve out its consumer unit via a spinoff and cut its dividend by about 30 percent as chief executive Emma Walmsley seeks to revive the pharmaceutical giant’s lagging drug business. The UK company will list the unit in mid-2022 on the London Stock Exchange, Glaxo said Wednesday before a key investor meeting. The company will keep as much as 20 percent of the consumer-health business as a short-term investment, which it could then sell to strengthen the balance sheet. The moves, part of a strategy to sharpen the company’s focus on drugs for cancer, HIV, and other diseases, give investors clarity after Glaxo in 2018 opted to combine its consumer unit with Pfizer’s and list it as a separate business. — BLOOMBERG NEWS