SafeMoon price has remained locked in a sideways trend that started on May 23 and sees scarce optimism of reversing the period of underperformance. SAFEMOON is trapped in a downtrend, as the cryptocurrency continues to mark lower lows and lower highs.

SafeMoon price action has been uneventful, forming a descending parallel channel on the 4-hour chart. By joining together the swing highs and the swing lows, two parallel trend lines can be drawn, forming the chart pattern.

While the prevailing direction of SafeMoon price appears to be sideways, the consistent lower lows presented by SAFEMOON suggest that the asset is consolidating toward the downside.

SafeMoon price broke below the lower trend line of the parallel channel on June 22, resulting in a 32% drop and reaching a reaction low at $0.00000232.

While SAFEMOON lost the lower barrier of the chart pattern as support, a target can be measured for the asset by drawing a parallel channel adjacent to the existing pattern.This would give the SafeMoon price an expected decline of 27%.

Although the lower barrier of the second parallel channel was breached, SafeMoon price managed to quickly recover in tandem with the broader cryptocurrency market, led by Bitcoin.

If SafeMoon price fails to sustain trading above this level and also breaks below the lower boundary of the first descending parallel channel, SAFEMOON is likely to tag the middle boundary of the second chart pattern below, effecting a 20% decline toward $0.00000274. 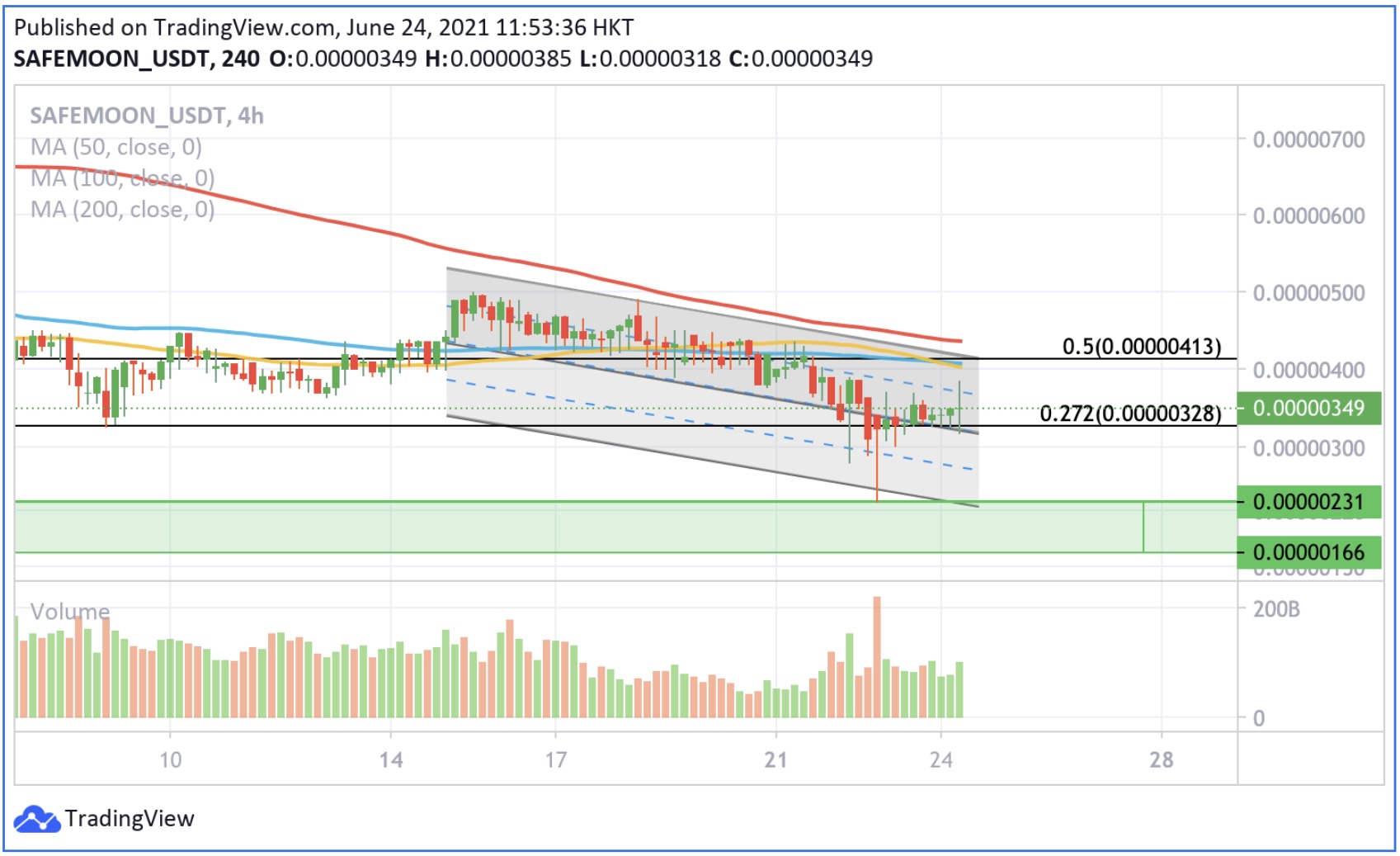 Should selling pressure continue to increase in favor of the bears, SafeMoon price could free fall 35%, tagging the bottom trend line of the chart pattern, into the demand barrier at $0.00000231.

Investors should also pay attention to the 50% Fibonacci extension level at $0.00000413, which coincides with the 50 four-hour Simple Moving Average (SMA) and the 100four-hour SMA that acts as critical resistance if SafeMoon price manages to effect the reversal of fortune.

Until SAFEMOON bulls are able to lift prices higher against the prolonged overpowering distribution of the sellers, SafeMoon price action is expected to head sideways with a slight downtrend.