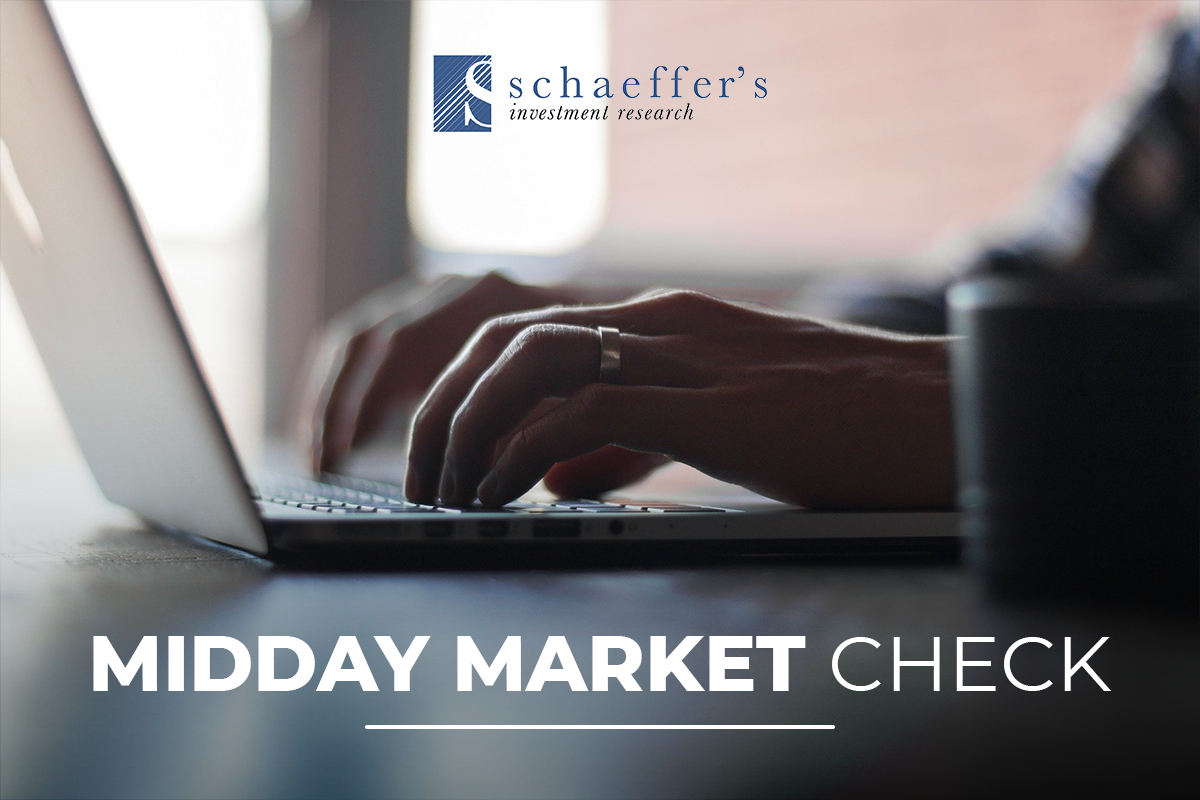 The Dow erased this morning’s gains at midday

The Dow Jones Industrial Average (DJI) is modestly lower this afternoon, walking back this morning’s gains to register a 19-point drop, after Federal Reserve Chairman Jerome Powell’s attempt to ease inflation fears yesterday. The S&P 500 Index (SPX) is clinging to positive territory, with some aid stemming from strength in the energy sector. The index is also eyeing its third-straight win and is sitting just shy of yet another record high. Similarly, the tech-heavy Nasdaq Composite (IXIC) is also higher, notching an intraday high as Tesla (TSLA) and Netflix (NFLX) pop. Bitcoin (BTC) is also extending its rebound, surging above the $34,000 level earlier.

Continue reading for more on today’s market, including: 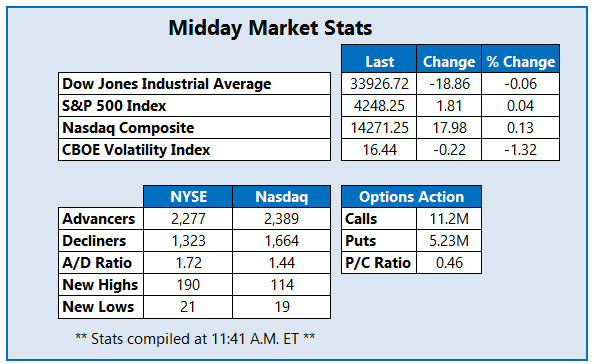 One stock getting blasted in the options pits is KB Home (NYSE:KBH), last seen up 0.4% at $43.3 ahead of its fiscal second-quarter earnings report, which is due out after the close today. So far, 14,000 calls and 1,281 puts have crossed the tape, which is 18 times what is typically seen at this point. Most popular is the July 50 call, followed by the 48 call in the same series, with new positions being opened at both. The equity has been taking a breather from its May 10, 13-year high of $52.48, pressured lower by the 20-day moving average. The $42 mark seems to have emerged as a floor over the past week, however.

At the top of the Nasdaq today is Entera Bio Ltd (NASDAQ:ENTX), up 58.6% to trade at of $7.12 at last check. Today’s massive bull gap came after the company announced positive topline results for its osteoporosis drug, noting that the study met its primary and secondary endpoints. The security is now trading at its highest level in three months, and while it is still short of its March 12, record high of $10.16, it is eyeing its second-highest close. Plus, the 10-day moving average has been a solid source of support since May, contributing to ENTX’s 558.3% six-month lead. 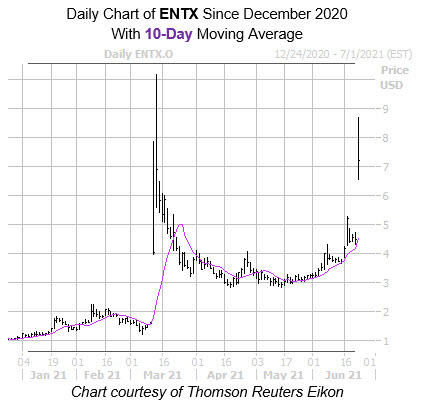 Meanwhile, Gemini Therapeutics Inc (NASDAQ:GMTX) is towards the bottom of the Nasdaq today, and is the biggest percentage loser across U.S. exchanges. The security is down 32.9% at $6.56 this afternoon, after earlier falling to an record low of $6.50. The  negative price action came after Jefferies noted mid-stage trial data for its treatment for geographic atrophy secondary to age-related macular degeneration (AMD) showed no discernible effect on lesion progression or difference between selected genotypes. The firm also added that the stock was oversold after the bell. Shares have now more than halved from a March 15, all-time high of $19.08, and have shaved 40.3% over the past month.