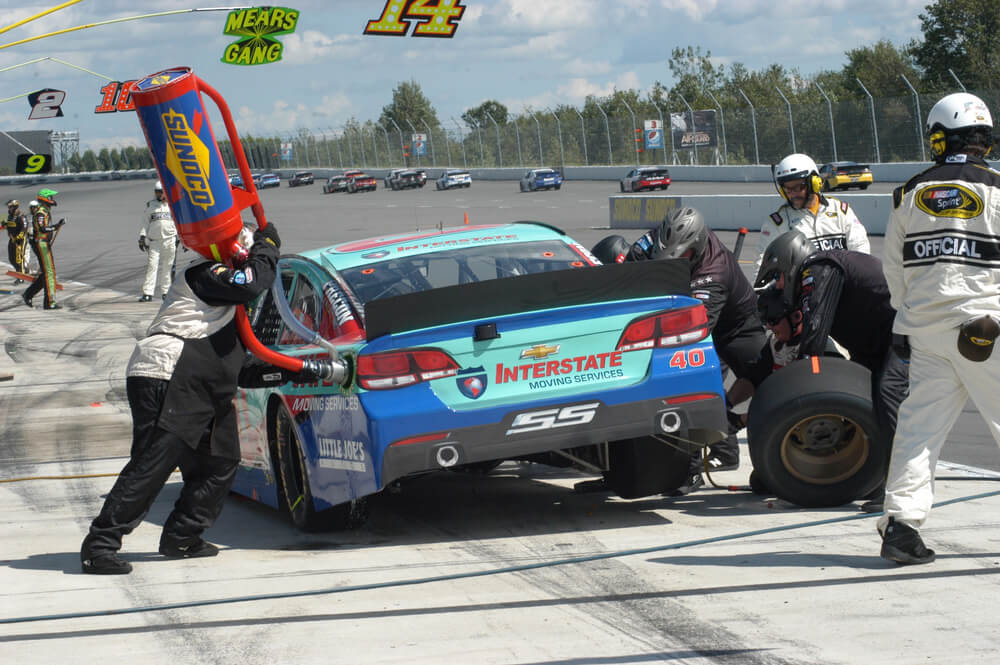 Following the increase in sponsorship deals in global motorsport, Nascar has become the latest to feature branding and sponsorship from a cryptocurrency brand. Now, Voyager Digital has signed a 19-race sponsorship deal with driver Landon Cassill and his racing team, JD Motorsports. The sponsorship deal is the first of its kind in Nascar.

The car will be driven by NASCAR driver Landon Cassill, who will be the first driver to be paid fully in cryptocurrency via a “portfolio of digital assets” that includes the Voyager Token (VGX), Litecoin (LTC) and Bitcoin (BTC), which are all priced at market rates.

Cassill said Voyager is paying “market rate” for the sponsorship but the funds will be distributed in crypto.

He said: “I can trade it out right away before the market changes or hang on to it as the market goes up or goes down, carve out a little bit, pay my bills with it and hold the rest.”

Cassill is said to have been “very active” in the cryptocurrency market and has made significant gains for several years. His Twitter profile picture also shows the driver with the now-infamous “laser eyes”, a clear indication of his interest and support for the industry. He has also shown his support for Voyager’s native token, VGX, through recent tweets.

Great use case for $VGX in the works from @investvoyager. I know the community has been waiting for this.

This upcoming loyalty program is a big reason why I am happy to hold VGX and accept it as part of my sponsorship https://t.co/zDqEzJ7lia

Voyager Digital is a leading mobile crypto-trading app that allows users to trade more than 60 assets alongside being able to earn interest on their assets. Steve Ehrlich, CEO of Voyager said that “Landon shares our vision of widespread crypto adoption, and we’re proud to be the first company to secure a primary NASCAR sponsorship completely with crypto”.

The Nascar sponsorship deal follows the recent deals announced by various Formula One teams to introduce cryptocurrency projects as sponsors.

The news comes after a Dogecoin-Branded car crashed in Stage 2 of a recent race at Nashville Superspeedway. The car, driven by Stefan Parsons’, crashed into a wall in Saturday’s NASCAR Xfinity Series Race. Parsons’ was not hurt following the crash.

The #dogecar has crashed. 😢

The car featured a prominent logo of the well-known DOGE Shiba Inu dog, pleasing fans of the meme-inspired cryptocurrency worldwide. Fan promoted the hashtag #dogecar trend on Twitter, which seemed to trend for the wrong reasons following the crash.

The crash on the track also ominously coincided with the crash in Dogecoin prices following the recent market decline. Since the on-track crash on the 19th, the price of Dogecoin has gone from $0.30 to a recent low of $0.17 and has recovered to $0.21 on the date of publication. The market cap sits around $28b.

The price of Dogecoin has also been steadily falling following the recent high of $0.73 set in early May. Since then, the price has fallen over 70%, signalling that the meme-coin season of cryptocurrencies may truly be over.