Jim Cramer Touts Ethereum After Dumping Bitcoin, Says China Isn’t in ‘Crackdown Mode’ on Ethereum Like it is on Bitcoin 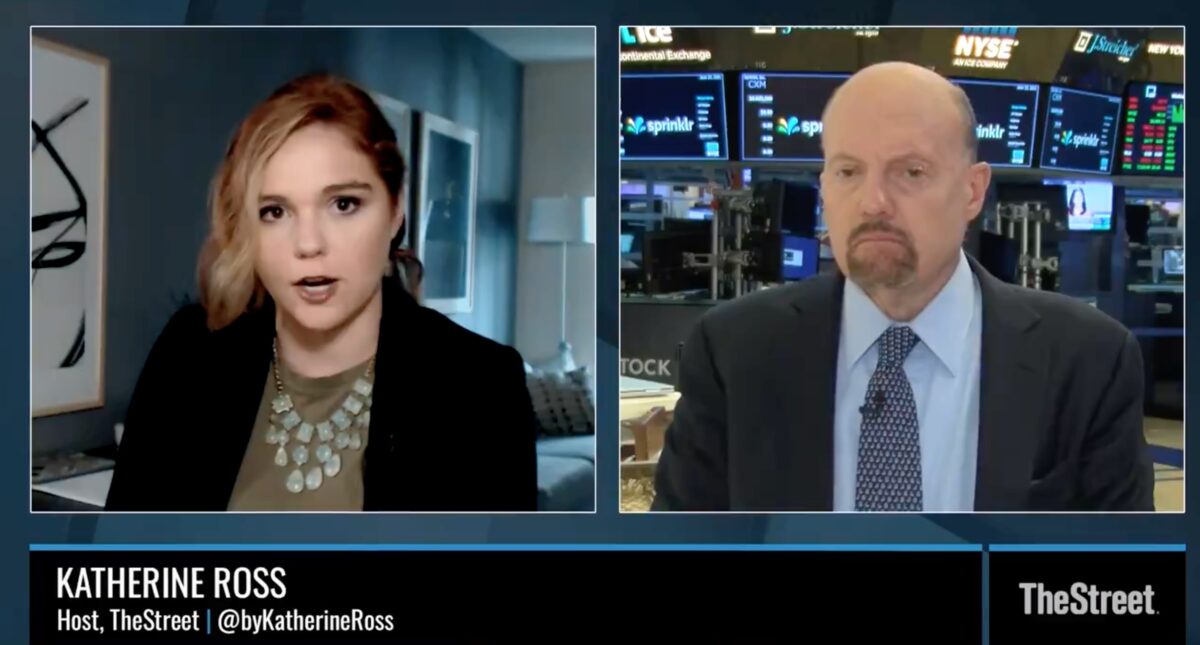 CNBC’s Jim Cramer said Wednesday he no longer favored Bitcoin because he wanted to avoid anything “that’s on the other side” of China — and erroneously suggested the country was not targeting other cryptocurrencies, including Ethereum.

“I’m moving much more into Ethereum,” Cramer said in an interview with The Street’s Katherine Ross. “I think that bitcoin is much more front and center an issue in China, and I just want to avoid anything that is on the other side of the [People’s Republic of China]. I have not been very positive on the actions of the PRC, obviously, [and] I do think the people of China are terrific. I just think the government is in crackdown mode.”

Cramer said Tuesday he sold “almost all” of his bitcoin, noting China viewed it as “a direct threat to the regime.” The People’s Bank of China (PBOC) on Monday reminded the country’s financial institutions that they were forbidden from facilitating cryptocurrency transactions under regulations implemented in 2013. China is developing its own “digital yuan” — known as the Digital Currency Electronic Payment, or DCEP — as a mandatory alternative to mainstream cryptocurrencies.

“I totally understand the Chinese government’s view, and I just don’t want to run afoul of it,” Cramer said on Tuesday. “I think the Chinese government has spoken and said they don’t like bitcoin.” He added that he was “sticking with Ethereum” because “they don’t seem to be attacking Ethereum right now.” He did not specify whether he was talking about enforcement efforts or the letter of China’s law, which makes no distinction between bitcoin and Ethereum.

“I don’t know if you’re interested by that, Jim, but I certainly am,” Ross replied. “It’s interesting that they go after one, especially that’s known as a heavyweight, especially in the United States, but not the other.”

Cramer replied, “Yeah, I mean, they do kind of all trade together. But I just feel that Ethereum could escape the clutches of China. If Bitcoin came down more, and China changed its status, that would be different. My end of my tag-ins of bitcoin came from fear of China, not from fear of crypto. I like crypto, I just don’t trust the People’s Republic of China.”

Watch above via The Street.

Have a tip we should know? [email protected]