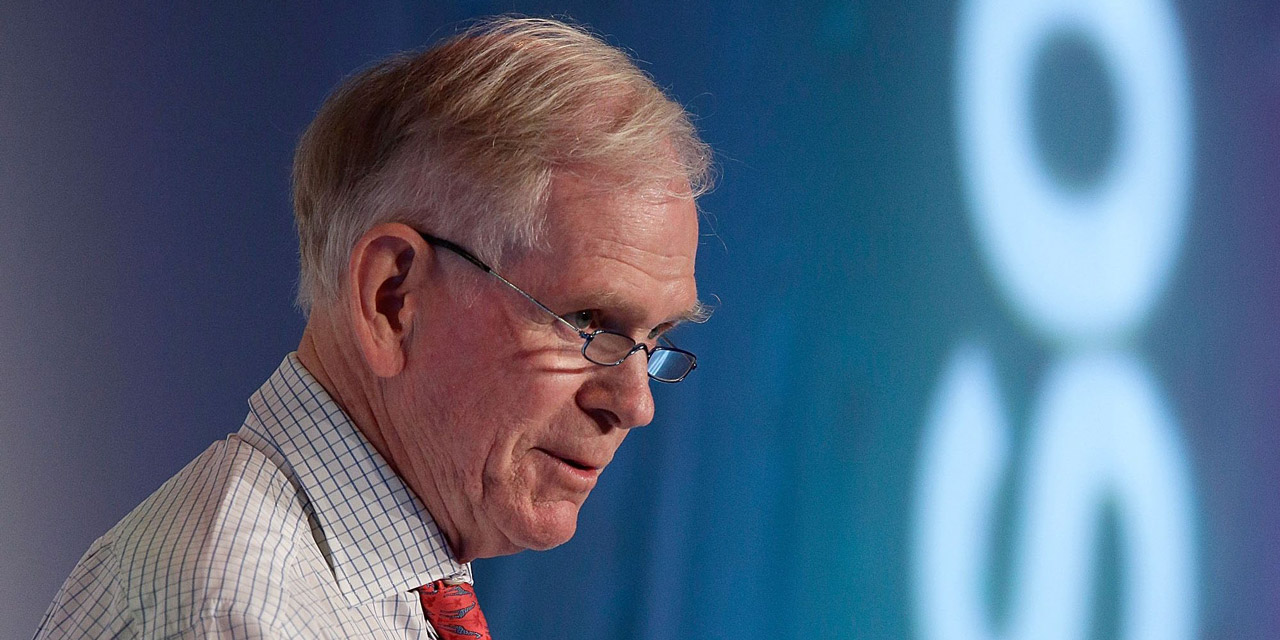 On that issue, one reader reminded me of a passage from Jeremy’s 2017 letter for GMO, which brought attention to the fact that profit margins and the multiple that people were prepared to accept moved higher in the mid-1990s.

There are of course a lot of arguments about what caused this. Perhaps the most popular explanation is that the Federal Reserve under Alan Greenspan lost the plot and started propping up the stock market, deliberately or otherwise. It was very low rates that enabled higher multiples and higher profit margins. But, of course, we have even lower real rates today.

This was what Jeremy said four years ago:

“The single largest input to higher margins, though, is likely to be the existence of much lower real interest rates since 1997 combined with higher leverage. Pre-1997 real rates averaged 200 bps higher than now and leverage was 25% lower. At the old average rate and leverage, profit margins on the S&P 500 would drop back 80% of the way to their previous much lower pre-1997 average, leaving them a mere 6% higher. (Turning up the rate dial just another 0.5% with a further modest reduction in leverage would push them to complete the round trip back to the old normal.)” “So, to summarize, stock prices are held up by abnormal profit margins, which in turn are produced mainly by lower real rates, the benefits of which are not competed away because of increased monopoly power, etc. What, we might ask, will it take to break this chain? Any answer, I think, must start with an increase in real rates.”

The issue now is that real rates are historically low and could easily rise and trigger a rush for the exits. We also have more leverage and more monopoly concentration than we did four years ago.

On Jeremy’s argument from 2017, real rates might not even need to go positive to burst the bubble in stocks. To what extent do low rates keep the bubble inflated? And how much of a “tantrum” in real yields would be needed to bring down the stock market?

GRANTHAM: Even if we stay in the recent, post-2000 low-interest-rate regime, a full scale psychological bubble can still burst as they did in 2000 and 2007 (including housing). Although, to be sure, they fell to higher lows than before and recovered much faster.

Still, an 82% decline in the Nasdaq by 2003 was no picnic. In the longer run, a low interest-rate regime promotes lower average yields (and higher average prices) across all assets globally. However, I strongly suspect that there will be a slow irregular return to both higher average inflation and higher average real rates in the next few years, even if they only close half the difference or so with the pre-2000 good old days. Reasons could include resource limitations, energy transition and profound changes in the population mix — with more retirees and fewer young workers throughout the developed world and China, which collectively could promote both inflation and higher rates.

There is still so much cash in the system from fiscal stimulus to the Fed as buyer of last resort. Several clients have asked whether it’s fair for stock bulls to fall back on this dynamic as a reason for there to be room to run. In short, is the liquidity argument valid?

GRANTHAM: First, let me make it clear that I am not an expert on money or liquidity. However, although the rate of increase in M2, for example, is extremely high, the growth rate has declined in recent weeks precipitously, about as fast as ever recorded from roughly 18% year over year to 12%.

Just as bull markets turn down when confidence is high but less than yesterday, so the second derivative determines the effect of liquidity. The best analogy is the fun ping-pong ball supported in the air by a stream of water. The water pressure is still very high and the ball is high, but the ball has dropped an inch or two.

Moving to asset allocation, which several of our readers have asked about, is the traditional 60/40 portfolio still the ideal strategy? And what do you think about alternative hedges like mega-cap tech stocks or even Bitcoin as a piece of a portfolio?

In addition to a cash reserve to take advantage of a future market break, I would recommend as large a position in the intersection of these two relatively cheap sectors — value stocks and emerging market equities — as you can stand. I am confident they will return a decent 10%-20% a year and perhaps much better.

The S&P is likely to do poorly in comparison. Bitcoin should be avoided. Cryptocurrencies total over $1 trillion of claims on real global assets while adding nothing to the GDP pool — pure dilution.

Our family environmental foundation is making a big play (75%!) in early-stage VC, including green VC. VC seems to be by far the most dynamic part of a generally fat, happy and conservative U.S. capitalism. The star players today — the FANG types — have all fairly recently sprung out of the VC industry, which is the U.S.’s last, best example of real exceptionalism. However, history suggests they will not be spared in a major market break and indeed may already be showing some relative weakness.

AUTHERS: On emerging-markets’ value, it’s worth pointing out that it’s not as “out there” or merely theoretical as a lot of detractors suggest. It gives an extremely bumpy ride, of course, but over the last 20 years the MSCI EM Value index has handily beaten the S&P 500 in total-return terms.

Add to this the fact that it starts compellingly cheap now and it has very real appeal — for those with strong constitutions who are prepared to wait.

Reading Jeremy’s response, I think it might also be important to point out that cash isn’t just there as a lead weight in a portfolio. It obviously gives you no kind of decent return at present, but it does have value in its optionality. The idea of carrying cash now is not to stay in it for 20 years at the same weighting, but to give yourself the opportunity to buy more conventional growth assets once they are at a reasonable price. So I suppose this is a caution against the notion of doing all your timing via automatic rebalancing — you have to be ready to jump in to take opportunities.

You received the CBE (Commander of the Most Excellent Order of the British Empire) from Prince William in 2016 for your work on climate change, which is now a popular investing theme. How does an average investor pursue green investing when some people believe a “green bubble” is emerging? Examples include price surges on electric-vehicle makers or ESG ETFs.

GRANTHAM: Well, what do you know? GMO has an excellent climate change fund that tries hard to avoid the crazy parts. Yes, there are some bubbly stuff in the green/ESG area, as there is everywhere. But the wind of government support and corporate recognition is behind greening the economy. So lithium and copper, for example, may be at temporary highs. But in the long term, they are very scarce resources critical to decarbonizing, and their prices will go much higher.

Similarly, EVs may get ahead of themselves and suffer — Amazon was down 92% by 2002. But some will go very much higher. (The closer you can get to very early stage VC, the more you avoid the bubble, although sadly not entirely. Recycling the limited resources above, for example, may be one of the great opportunities that exist.)

AUTHERS: On emerging-markets’ value, it’s worth pointing out that it’s not as “out there” or merely theoretical as a lot of detractors suggest. It gives an extremely bumpy ride, of course, but over the last 20 years the MSCI EM Value index has handily beaten the S&P 500 in total-return terms.

Talking about bubbles and timing them, is there validity to Goetzmann’s ideas? As bubbles are hard to identify and time, should we just opt for systematic rebalancing, which at least ensures you sell sell high and buy low to some extent?

AUTHERS: There is a contrarian literature suggesting that there is no such thing as a bubble that we can spot in real time before it bursts. To quote Yale University’s Will Goetzmann, in a 2015 paper called “Bubble Investing: Learning from History,” a bubble is a boom that goes bad, “but not all booms are bad.”

I’d like to put Goetzmann’s ideas to Jeremy. He defined a bubble as an index that doubles in price in a year or (a softer version) in three years, and looked at national indexes going back a century. His figures, which I quoted here, found 72 cases of a market doubling in a year. In the following year, six doubled again, and three halved, giving back all their gains: Argentina in 1977, Austria in 1924 and Poland in 1994.

For doubling in three years, he found 460 examples. In the following five years, 10.4% of them halved. The possibility of halving in any three-year period, regardless of what had come before, was lower than this but not dramatically so: 6%. Crashes where bubbles as he defined them burst and gave up all their gains were rarer than booms where the index went on to double again.

GRANTHAM: Our main study of bubbles eventually covered 330 examples including commodities. To do this on a consistent basis, we defined a bubble on price series only as a two-sigma event, the kind that would occur randomly every 44 years. (In our data its every 35 years — pretty close.)

Using only price trend and using only outliers seemed, then and now, better than using arbitrary price changes, which can double or triple from extreme lows, like 1931 or 1982, and mean nothing. Yes, we found a few paradigm shifts — almost all small, such as moving from developing status to developed. None, other than oil in the first OPEC crisis, were significant. All the other major bubbles returned to trend eventually.

For the great bubbles by scale and significance, we also noticed that they all accelerated late in the game and had psychological measures that could not be missed by ordinary investors. (Economists are a different matter.) The data, like today, is always clear, just uncommercial and inconvenient for the investment industry and often psychologically impossible to see for many individuals.

— With assistance from Daniel Curtis.

Copyright 2021 Bloomberg. All rights reserved. This material may not be published, broadcast, rewritten, or redistributed.