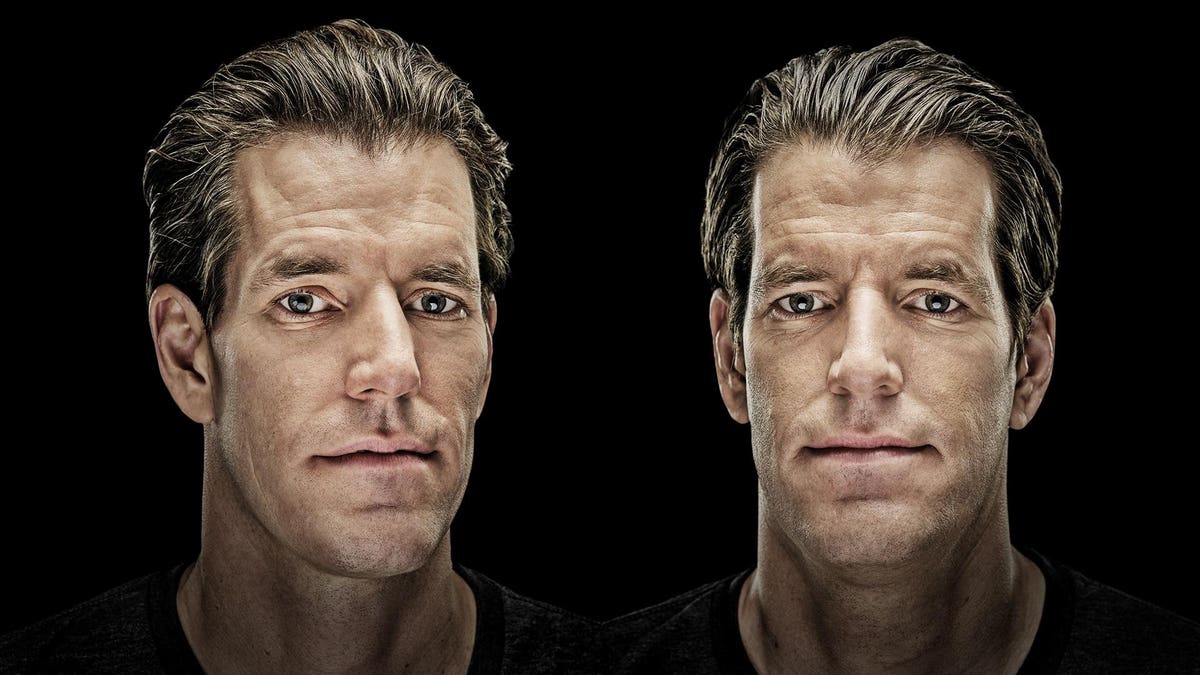 Bitcoin’s biggest investors are counting their losses. But not all crypto tycoons are hurting.

The 30% drop in Bitcoin’s value since early March has wiped over $1.4 billion from the fortunes of four Bitcoin billionaires, Forbes calculates, even as the net worths of other crypto moguls has grown.

The Winklevoss twins are both $300 million poorer due to Bitcoin’s crash. MicroStrategy CEO and Bitcoin enthusiast Michael Saylor saw his fortune decline by over $300 million. And venture capitalist Tim Draper lost $500 million.

After tumbling below $30,000 on Monday, Bitcoin recovered to $34,113.08 on Wednesday morning. Bitcoin’s price is still down 47% from mid April and down 21% since last Tuesday, after Chinese authorities ordered crypto mining operations to close and urged financial institutions to refrain from offering crypto services. The latest directives reflect an escalation in the Chinese government’s campaign to rein in Bitcoin transactions, which began in 2013.

Since peaking at $2.5 trillion on May 12, the market value of all cryptocurrencies has nearly halved in just five weeks, shedding an equivalent dollar amount of Indonesia’s annual GDP. The plunge seems to be driven by Tesla cofounder Elon Musk eschewing Bitcoin for its environmental impact, mounting regulatory scrutiny in various jurisdictions, and a cyclical trend away from risk-driven assets as the economy recovers from the pandemic.

Despite bearish conditions, the fortunes of crypto billionaires have moved in different directions. When Forbes estimated the wealth of 12 crypto billionaires on March 5 for the annual World’s Billionaires list, they were worth $37.3 billion collectively, while Bitcoin cost $49,207.77 each. Today, Bitcoin is trading at just $34,113.08, but their collective net worth has grown to $39.5 billion. Six of the billionaires’ fortunes decreased, while four saw their wealth grow, and two stayed the same.

Here is how the fortunes of crypto billionaires changed, from March 5 to June 23. (Today’s valuations were calculated using asset prices at 8:30am ET).

The 29-year-old founder of quantitative trading firm Alameda Research and cryptocurrency derivatives exchange FTX lost $400 million amid the crash. The majority of Bankman-Fried’s wealth is tied up in FTX’s equity and tokens (FTT).

The fortune of Coinbase’s CEO grew by $2 billion, thanks to his company’s $86 billion IPO in April. Coinbase shares are down 36% from their mid-April peak of $342, in line with the overall crypto market and shaving a few billion dollars off of Armstrong’s net worth.

The twin founders of cryptocurrency exchange Gemini lost $300 million each in the latest crypto crash. In April, Forbes sold its 2021 World’s Billionaires issue magazine cover featuring the Winklevoss siblings as a non-fungible token. Titled “Merchants of the Metaverse”, the token fetched $333,333 in an auction on their digital art platform Nifty Gateway.

The chairman of Ripple Labs has grown his fortune by $600 million, thanks to XRP’s spring surge. Larsen was considerably wealthier in April, when XRP hit an all-time high of $1.83. The remittance-focused coin has plunged 64% since then, but remains up 177% year to date, padding Larsen’s pockets.

Bitcoin’s plunge stripped more than $300 million from MicroStrategy’s chief executive’s wealth. On June 21, MicroSrategy, a business intelligence firm and the largest corporate holder of Bitcoin, purchased another 13,005 bitcoins for approximately $489 million, bringing its total holdings to over 100,000 BTC. The company’s shares plunged 7.5% on the announcement, signaling investors’ uncertainty over the company’s latest investment in the current climate.

McCaleb, another Ripple cofounder, is $500 million richer due to XRP’s resiliency. The crypto entrepreneur founded crypto’s first major exchange in 2010, and would be even richer had Stellar Lumens, the cryptocurrency he cofounded in 2014, not tumbled 44% since March.

The founder and CEO of Binance, the world’s largest cryptocurrency exchange, has protected his fortune amid the sell-off. Binance Coin (BNB), the native token of the company’s blockchains Binance Chain and Binance Smart Chain, has risen to become the third-biggest cryptocurrency by market capitalization, behind only Bitcoin and Ethereum. BNB jumped from $38 in January to just under $700 in May, showing 18x growth in less than six months.

The Coinbase cofounder turned crypto venture capitalist is $1 billion richer since March. Unlike many of his billionaire peers, Ehrsam has voiced concerns about market froth. This week he predicted the demise of many smaller cryptocurrencies and warned against investing in NFTs (non-fungible tokens).

The CEO of crypto conglomerate Digital Currency Group (DCG), which he founded in 2015, is one of two billionaires on the list who maintained the status quo. Among DCG’s holdings are asset management firm Grayscale, which controls more than $40 billion worth of Bitcoin, Ether and other assets, the crypto news site CoinDesk and crypto brokerage Genesis Trading.

Roszak is a longtime crypto investor with a diverse portfolio of tokens, making his wealth susceptible to broader market downfalls. Roszak said this week that China’s clampdown on cryptocurrency creates “a ton of opportunity” for the U.S. and the rest of the world.

The venture capitalist splashed $18.7 million on about 30,000 Bitcoins in 2014. Draper’s concentrated portfolio makes him susceptible to Bitcion’s gyrations. If the token slips below $30,000 again, Draper will bid adieu to crypto’s three comma club.