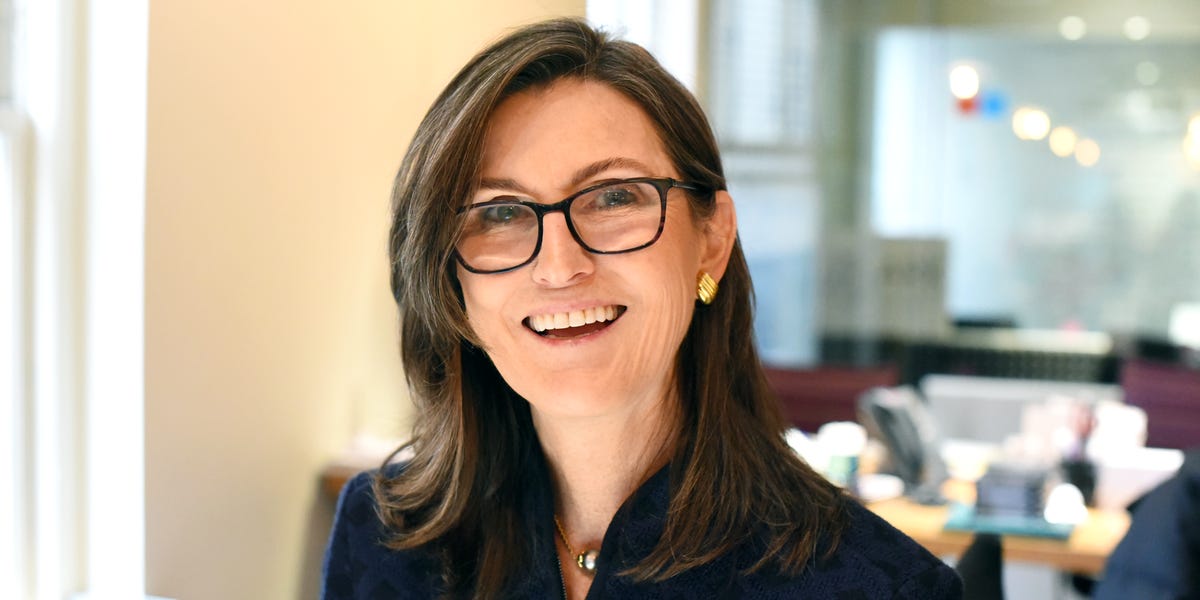 The Grayscale Bitcoin Trust’s value is derived solely from bitcoin and therefore mirrors that of the cryptocurrency. It dropped as much as 13% on Tuesday. Meanwhile, bitcoin slipped below $30,000, erasing all of its 2021 gains.

Wood also bought more shares of Coinbase. Fund filings show the Ark Innovation ETF (ARKK) added 214,718 shares of the cryptocurrency exchange, which fell as much as 5.3% Tuesday. The exchange-traded fund now holds roughly 3.6 million shares of Coinbase worth a little over $801 million.

After a harsh sell-off Tuesday, cryptocurrencies have begun to climb again. Bitcoin currently trades at $34,678, while ether is up 6% to just under $2,000. Dogecoin has soared 41% in the last 24 hours to trade at 24 cents.

Wood remains bullish on bitcoin and even sees it going to $500,000 in the long term. The investor’s sky high price target is predicated on the scenario where all institutional asset managers allocate upwards of 5% of their portfolios to bitcoin.