I do think that Bitcoin has further to fall before it is all said and done.

Bitcoin fell rather hard during the trading session on Tuesday, breaking down below the $30,000 level. However, we have bounced back above that area as buyers came back in to try to pick up Bitcoin. At this point, the market is certainly looking like it is testing a significant support level, and if we break down below the bottom of the hammer that had formed during the Tuesday session, then it will be the last vestiges of support that could open up a move down to the $20,000 level.

That being said, if we broke above the top of the candlestick, we could go looking towards the 200-day EMA above, which is going sideways at the $37,000 area. Ultimately, I believe that there is far too much in the way of resistance above to get excited about going long, and I think it is only a matter of time before Bitcoin sees more selling come back into the picture. In fact, it is not until we break above the 50-day EMA that I would be willing to buy this market, due to the fact that we have seen such a massive selloff.

To the downside, if we break down below the lows of the session, the move to the $20,000 level could be rather quick. At that point, the $20,000 level could offer a lot of support. If we break down below there, then it is likely that we could go much lower. More likely than not, at best this is a market that looks likely to stay in the same consolidation area to see a lot of choppy behavior. I have no interest in trying to buy this market anytime soon, and I do think that Bitcoin has further to fall before it is all said and done. However, it is obvious the market has at least made a significant attempt at saving itself, so I think the volatility could pick up. I suspect that Bitcoin also has to worry about things coming out of China, which the Federal Reserve has no control over. 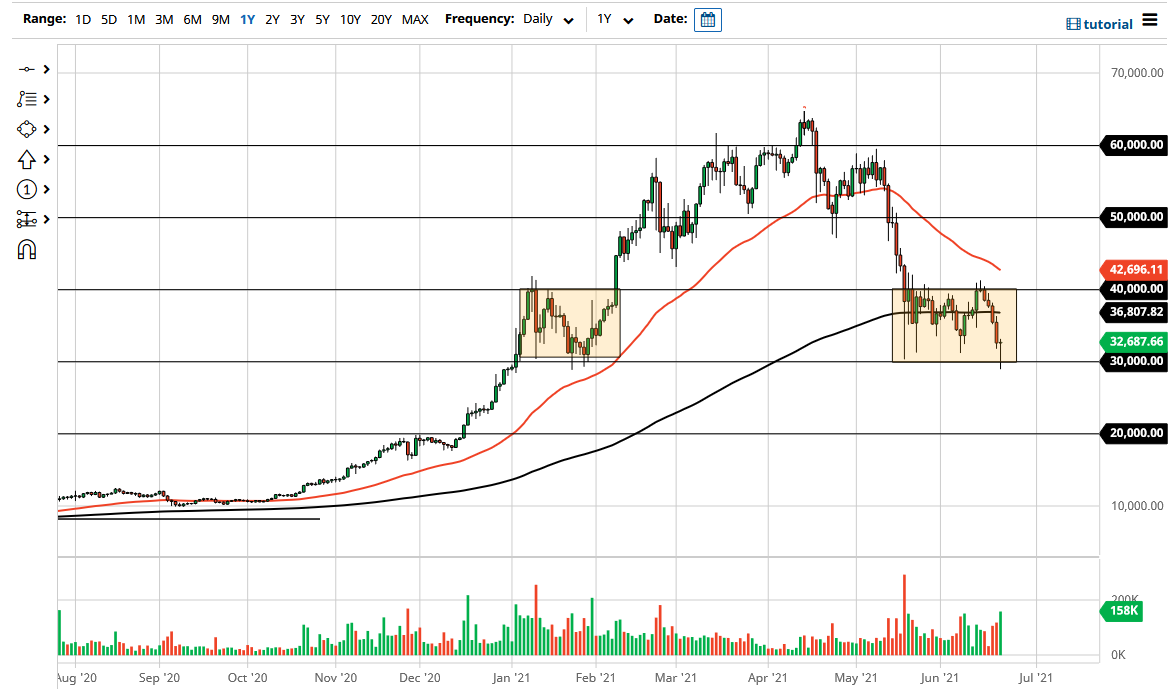