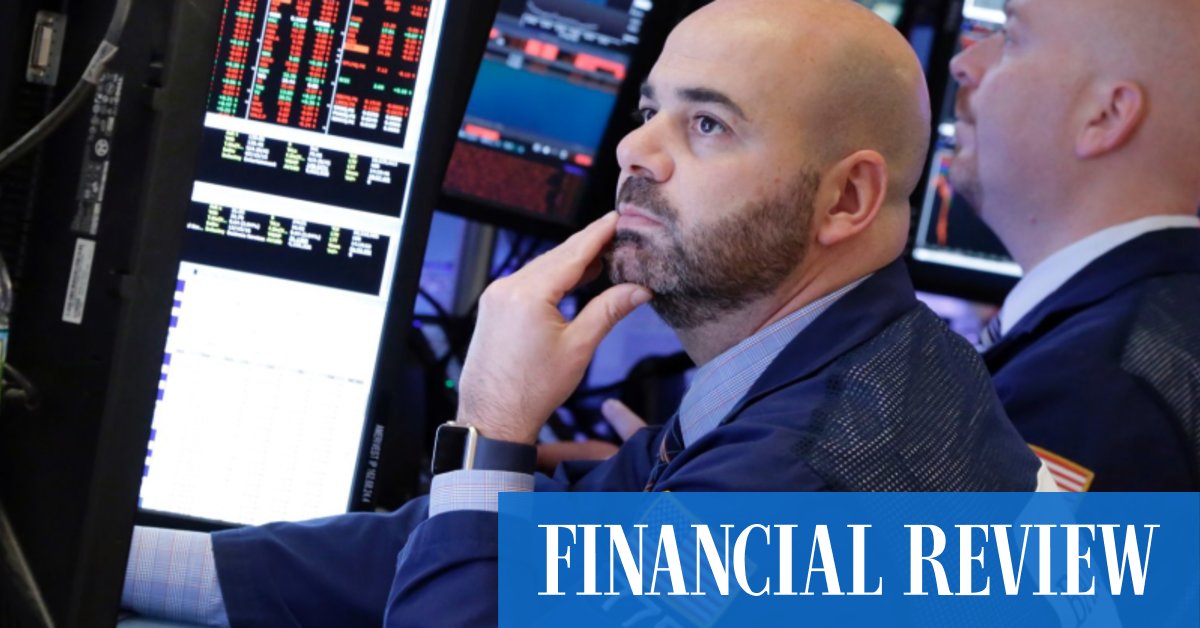 Three-month copper on the London Metal Exchange had gained 2 per cent to $US9489 a tonne by 1600 GMT. It had dropped 8.6 per cent last week, its biggest weekly fall since March 2020.

Aluminium, zinc, lead, nickel and tin also were higher on the day.

The US-listed shares of both BHP and Rio were each 0.9 per cent higher.

Chanticleer: Bankers cautious on digital cash: A new report on central bank digital currencies warns of the risks of ‘a vicious circle of entrenched market power and data concentration’.

The AFR View: Climate zealotry and populism reignite carbon wars: The pushing up of Barnaby Joyce to the second top job in Canberra and the pushing out of Mark Vaile from the top job at Newcastle University are the depressing bookends of Australia’s renewed coal wars.

HS Markit said its flash US manufacturing Purchasing Managers’ Index rose to a reading of 62.6 this month, beating estimates of 61.5, but manufacturers are still struggling to secure raw materials and qualified workers, substantially raising prices.

Sales of new US single-family homes fell to a one-year low in May as the median price of newly built houses soared amid expensive raw materials, including framing lumber.

Economists polled by Reuters had forecast new home sales, which account for 11.7 per cent of US home sales, would be at a rate of 870,000 units in May.

France’s Kering and Hermes falling 3 per cent and 1.5 per cent, respectively, as HSBC said the market for luxury goods “might take a break as it really could be as good as it gets”.

The French and German bourses were among the biggest decliners even as data showed a boom in June service sector activity in both countries amid easing coronavirus restrictions.

A survey showed that euro zone business growth accelerated at its fastest pace in 15 years in June as the easing of lockdown measures unleashed pent-up demand and drove a boom in the dominant services sector but also led to soaring price pressures.

“The further strengthening of the eurozone composite PMI to a 15-year high in June underlines that the economy is rebounding quickly,” said Jack Allen-Reynolds, senior Europe economist at Capital Economics.

“However, the strong economic rebound is coming alongside further evidence of intensifying price pressures.”

In a review of how UK stocks have fared since the UK voted to leave the EU five years ago:

Companies in the FTSE 100 Index derive more than 70 per cent of their revenue from abroad, and are whipsawed by currency risk. In dollar terms, the gauge has added a mere 5 per cent since the 2016 vote, while the Euro Stoxx 50 Index is up 36 per cent and the S&P 500 has doubled.

The MSCI UK Index has swung from a pre-Brexit premium over the MSCI All-Country Index in forward price-earnings ratios to a 30 per cent discount, the widest in 26 years.

At the close, the Shanghai Composite index was up 0.3 per cent at 3566.22, rising for the third consecutive session. The blue-chip CSI300 index was up 0.5 per cent.

Leading the gains, the sub-index for non-ferrous metal sector gained 1.7 per cent while the coal sector sub-index surged 3.5 per cent, according to Sina Finance.

Chinese coking coal futures jumped more than 5 per cent, extending gains to a second straight session, on supply concerns as safety inspection by authorities halted production at some mines.

Around the region, MSCI’s Asia ex-Japan stock index was firmer by 0.8 per cent, while Japan’s Nikkei index closed down 0.03 per cent.

The Bank for International Settlements has given its full backing to the development of central bank digital currencies (CBDCs), saying they are needed to modernise finance and ensure ‘Big Tech’ does not take control of money.

Coeure’s BIS colleague Hyun Song Shin said authorities will have to decide whether citizens need digital IDs to use CBDCs or go down a token-based route that many cryptocurrencies use to keep transactions more anonymous.

In the view of the BIS, the ID system would be the “better way to go” Shin and Coeure said. One reason being that it would prevent people using digital currencies from countries other than their own such as the safe-haven dollar.

A period of high inflation in the United States may last longer than anticipated, two Federal Reserve officials said, prompting one to pull forward his views on when the central bank should start raising interest rates.

Atlanta Fed president Raphael Bostic said with growth surging to an estimated 7 per cent this year and inflation well above the Fed’s 2 per cent target, he now expects interest rates will need to rise in late 2022.

“Given the upside surprise in recent data points I pulled forward my projection,” Bostic said, placing him among seven Fed policymakers who at the central bank’s meeting last week projected the overnight policy rate may need to lift from the current near zero level sometime next year.

Both Bostic and Fed governor Michelle Bowman said that while they largely agree recent price increases will prove temporary, they also feel it may take longer than anticipated for them to fade.

Emirates Global Aluminium, one of the world’s largest aluminium producers, is in talks with banks to refinance and change the terms of a loan of about $US6 billion it secured in 2019, two sources with knowledge of the matter said.

TD Securities on base metals: ”For the first time since 2010, China’s Strategic Reserve Bank confirmed that it is set to release metals, but base metals closed in the green notwithstanding.

“However, our return decomposition highlights that the metals’ strong performance is not related to supply risk, but rather to firming commodity demand in line with a consolidating [US] dollar.

“We reiterate that China still controls the short-term commodity cycle, and the decree against commodity speculators removes what has been a key pillar of support for the industrial metals complex, at a time when commodity demand growth has likely already peaked.”

As for oil, TD said the current “breakout in energy markets continue to gather steam, in anticipation of a massive increase in demand for energy products expected in coming months”.

However TD said oil inventories should soon reach the critical benchmarks set by the 2015-19 average levels by July, which should prompt OPEC+ to ramp up the pace on the unwind of their deal.

“In this scenario, the breakout north of $US70/bbl may not be sustainable, but the cautious plan would see the [Northern Hemisphere] summer breakout continuing to play out in the near-term.”

LICs face fresh pressure after Milton disappears: Milton is the latest in a run of listed investment companies that have morphed into a new portfolio structure or have wound down.