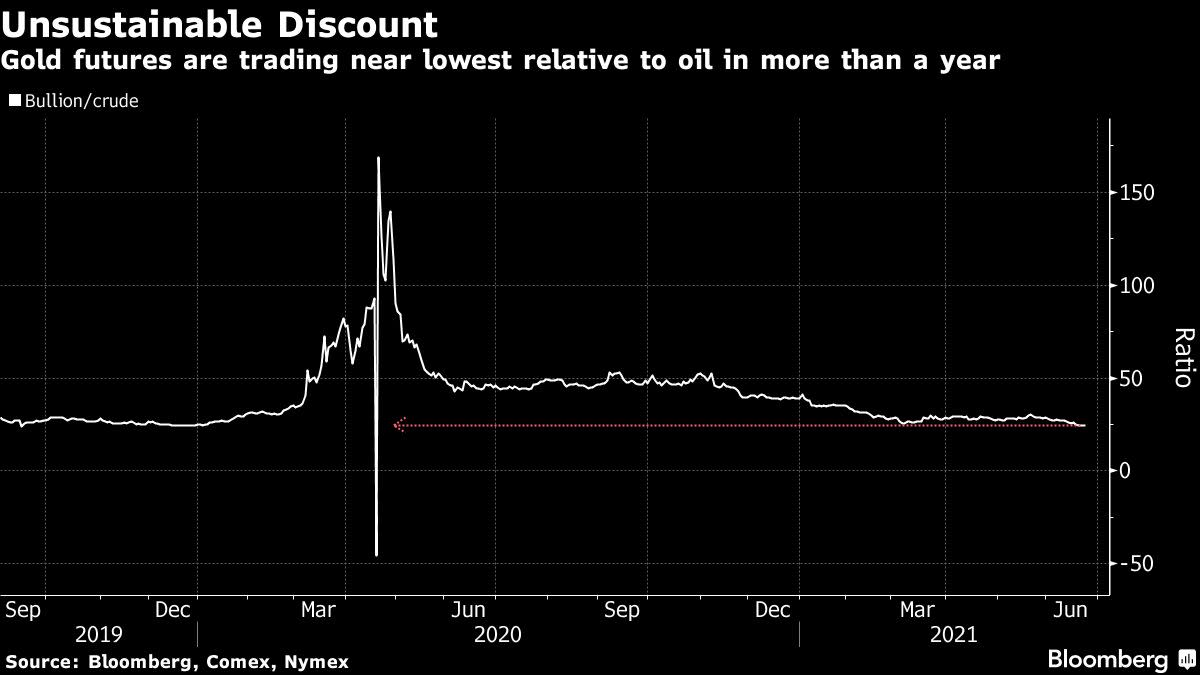 Stocks were little changed in Japan, climbed in Hong Kong and edged lower in China, where the central bank increased its injection of short-term cash into the financial system. U.S. futures advanced, following a modest drop in the S&P 500 despite gains among firms that benefit from economic reopening. A rally in Tesla Inc. helped the Nasdaq Composite eke out another record. The benchmark 10-year U.S. Treasury yield remained below 1.50%.

Dallas Fed President Robert Kaplan, who’s penciled in a rate hike next year, said the economy will likely meet the Fed’s threshold for tapering asset purchases sooner than people think. His Atlanta counterpart Raphael Bostic said the central bank could decide to slow such purchases in the next few months. Neither are currently voting members of the Fed’s rate setting committee.

The dollar was little changed, while the yen held a slump, in part as the rebound from the pandemic dents the allure of haven currencies. Traders were monitoring for any impact from news that the U.S. is poised to bar some solar products made in the Xinjiang region over alleged human rights abuses.

Fed officials have sought to reassure markets that loose monetary policy remains in place to support the recovery, while also flagging a possible gradual withdrawal of emergency support in the months ahead. They’ve also stressed that any action will depend on inflation and employment goals being met. That’s stirred a debate on the outlook for markets, especially bets tied to accelerating growth, which have dominated investor thinking this year.

“The thing to keep in mind is, yes, the rhetoric is saying we might be hiking as soon as 2022, but it’s already priced into market expectations,” Nancy Davis, Quadratic Capital Management founder and chief investment officer, said on Bloomberg TV. “The Fed is saying nothing new, they’re just saying what the market already knew.”

Data Wednesday showed U.S. manufacturing activity expanded in June at the fastest pace in records dating back to 2007. Factories are grappling with supplier delays, record growth in input costs and hiring difficulties.

Meanwhile, Treasury Secretary Janet Yellen said her department may exhaust emergency measures to avoid breaching the U.S. debt limit as soon as August unless Congress acts to avert a potential default that would be “catastrophic.”

Elsewhere, crude oil held above $73 a barrel. Bitcoin traded at around $33,700, steadying after a slide earlier in the week.

Here are some events to watch this week:

These are some of the main moves in financial markets:

The Bloomberg Dollar Spot Index was steadyThe euro was at $1.1926The Japanese yen was at 110.98 per dollar after falling 0.3%The offshore yuan was at 6.4778 per dollar