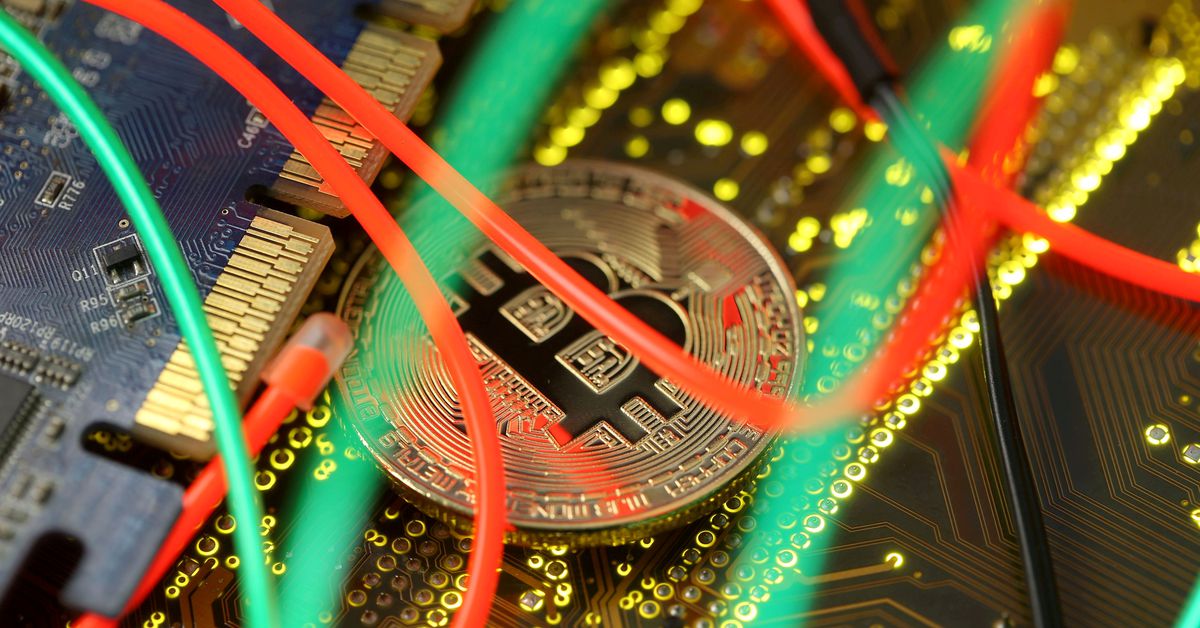 Representation of the bitcoin virtual currency standing on the PC motherboard is seen in this illustration picture, February 3, 2018. REUTERS/Dado Ruvic/File Photo

HONG KONG, June 24 (Reuters) – Asian financial regulators should do more to support large-scale trials of “tokenised securities”, an industry body said on Thursday, since banks and technology firms’ current experiments are stuck in different silos, hindering the pace of change.

Tokenised securities are products like shares and bonds whose proof of ownership is recorded on a distributed ledger, the technology that underpins other digital tokens such as bitcoin.

Many banks are exploring the concept, hoping it will help them price and settle transactions more efficiently.

But trials so far involve “three or four firms working together on proofs of concept which are not interoperable”, said Laurence Van der Loo, executive director for technology and operations at financial industry body the Asia Securities Industry and Financial Markets Association (ASIFMA). “What we think should be the next step is a regulator-endorsed full-ecosystem experiment that would explore all the interactions and competitive dynamics. Everyone flags interoperability as a key concern, but all the experiments are still siloed,” Van der Loo said.

An ASIFMA report on Thursday said regulators should expand the scope of their existing sandboxes for experimenting with fintech initiatives to enable industry-wide trials.

However, the ASIFMA report said regulatory and legal challenges were still the main obstacles for companies involved in tokenised securities.

Van der Loo also said banks were further along than asset managers when it came to tokenising securities.

“At the moment it is very much the sell side looking into this to see the efficiencies it can bring. The buyside interest needs to be there as well, but it is coming,” Van der Loo said.