Litecoin Trades at Lower Range Spot – June 20
The LTC/USD market currently trades at a lower range spot of around $150 line. Some failing falling forces are being attempted. Price is now having a value of around $152 at a percentage rate of about -0.14. 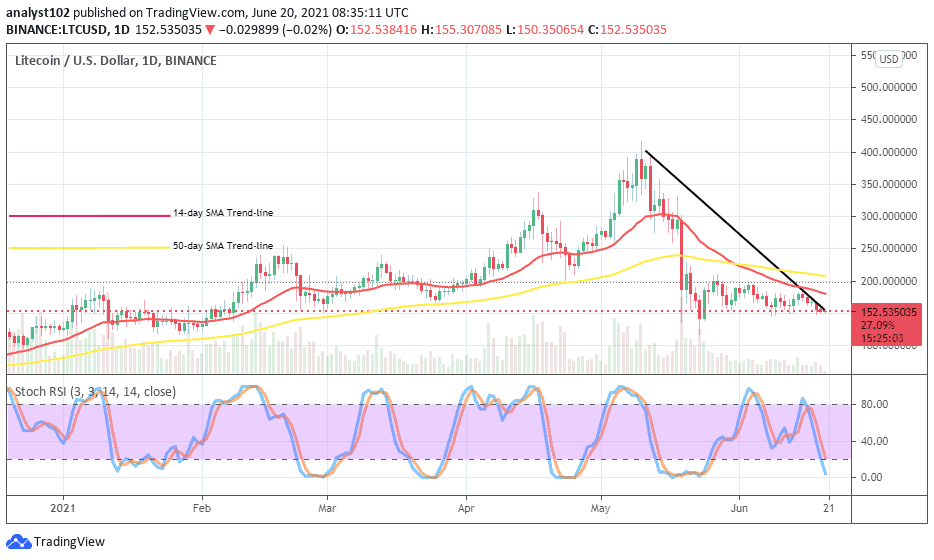 LTC/USD – Daily Chart
On the LTC/USD daily chart, it is depicted that smaller serial bearish candlesticks have been featuring in the crypto’s price. In other words, it means that Litecoin trades at a lower range spot of around $150. Both the two SMA trendlines are more pointing toward the east direction than any other price pathway as the 50-day SMA is located above the 14-day SMA. The Stochastic Oscillators have dipped into the oversold region slightly pointing to the south. That signifies that some degree of downward force is relatively in place as of now.

Litecoin Trades at Lower Range Spot, will the US Dollar intensify more pressures?

Now that the LTC/USD trades at a lower range spot, it is highly expected of bulls to re-shape their position in the wake of getting set to launch a buy order as there has been a tendency that price may soon reverse against the present trading situation of the crypto market. At this point, investors may consider joining the trade before any significant upward move is made.

As breaking down of the lower range spot is necessary so also it may not be forthcoming easily to suggest reliable further free-falls of the market. From the viewpoint of the technical trading approach, it could now be a better time bears should take respite off the market for a while as there seems to be a rebound at n near trading time. 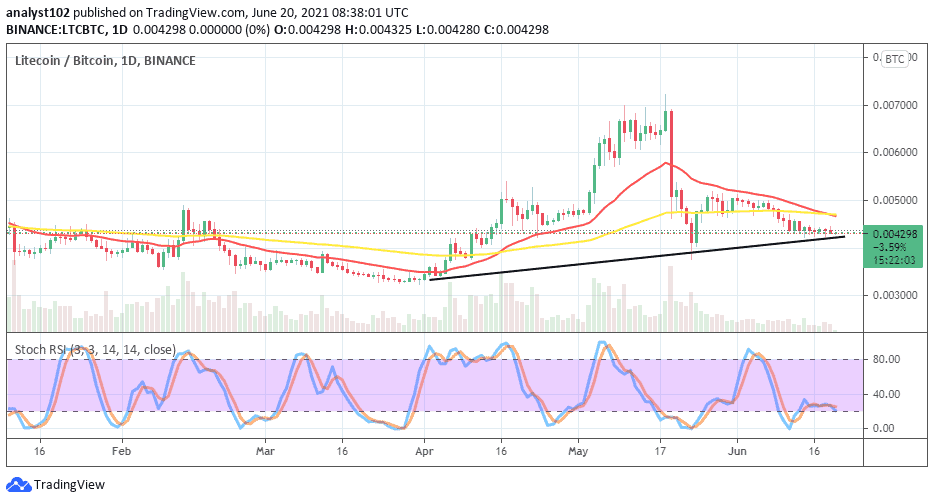 It is also depicted that on the price analysis that Litecoin now trades at lower range spot pairing with Bitcoin. Being as that may, the base crypto still somewhat possesses more trending weight than the counter trading instrument. The 14-day SMA trend-line has moved southward to conjoin with the 50-day SMA indicator. And, yet, they slightly point toward the south to indicate an ongoing slow-moving downward force. The Stochastic Oscillators have joined the lines to denote a consolidation movement between LTC and BTC. That could also be termed an indication of indecision currently playing out in the market.