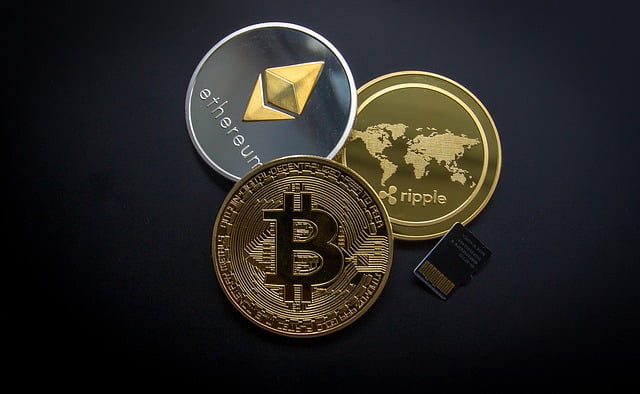 In 2021, the globe is continuing to see an uptake of Cryptocurrency, following 2020’s Summer of DeFi and the initial boom in 2017. A growing number of retailers are accepting a wide range of cryptocurrencies, crypto ATMs are becoming commonplace, and increasingly more accessible to the less technologically and financially minded population.

Get The Full Warren Buffett Series in PDF

Get the entire 10-part series on Warren Buffett in PDF. Save it to your desktop, read it on your tablet, or email to your colleagues

As cryptocurrencies are being integrated into day-to-day lives, a new study by Small Business Prices determines which countries are most prepared for a full digital currency. The study analyses a series of factors that relate to the adoption of cryptocurrencies in a number of countries, including uptake, crypto ATMs, and search volume of a number of popular cryptocurrencies.

The United States Is the Country Most Prepared For Crypto Takeover

In order to determine the country most prepared for crypto takeover search volumes, currency uptake and the number of crypto ATMS were measured across 66 countries. 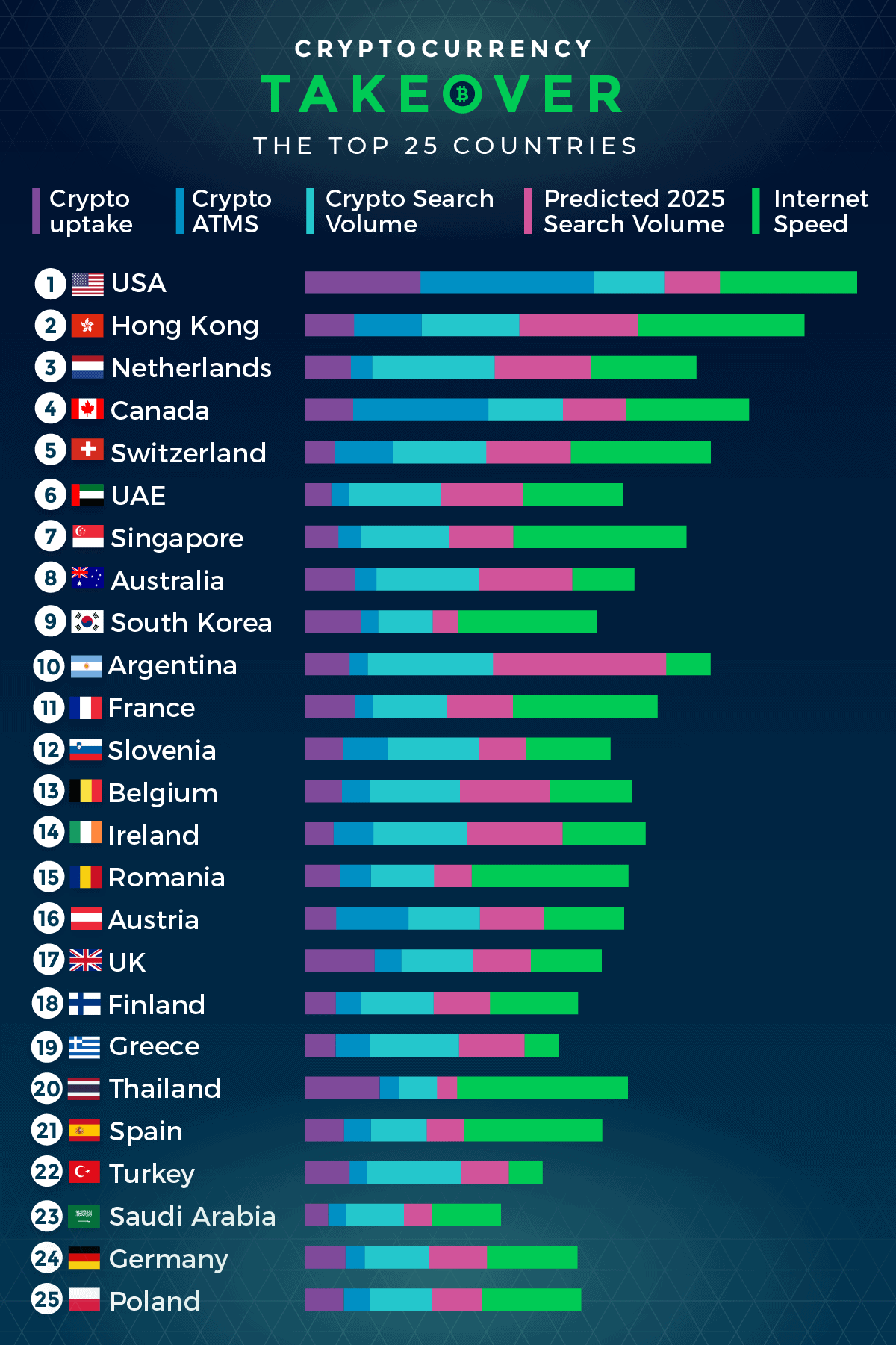 The most prepared country for integrating cryptocurrency is, perhaps unsurprisingly, the United States. Equipped with the most crypto ATMs per person worldwide, and with an above-average rating of their current crypto uptake, it seems the country has already made some headway in making the currency part of their standard financial offerings.

After the US, Hong Kong is actually one of the better-placed locations for the adoption of crypto. A moderate increase in interest across 2020, high internet speeds (indicating a good broader level of technological adoption) and an estimated increase in interest in crypto by 2025 all indicate opportunities for the market to grow over time.

On the other end of the scale, countries like Cambodia, Lebanon, and El Salvador have both minimal interest in crypto currently and some of the lowest ratings in terms of adoption. Likewise, internet speeds are low, and the numbers of crypto ATMs don’t indicate any likelihood that the cutting-edge tech will reach mass-market adoption there anytime soon. 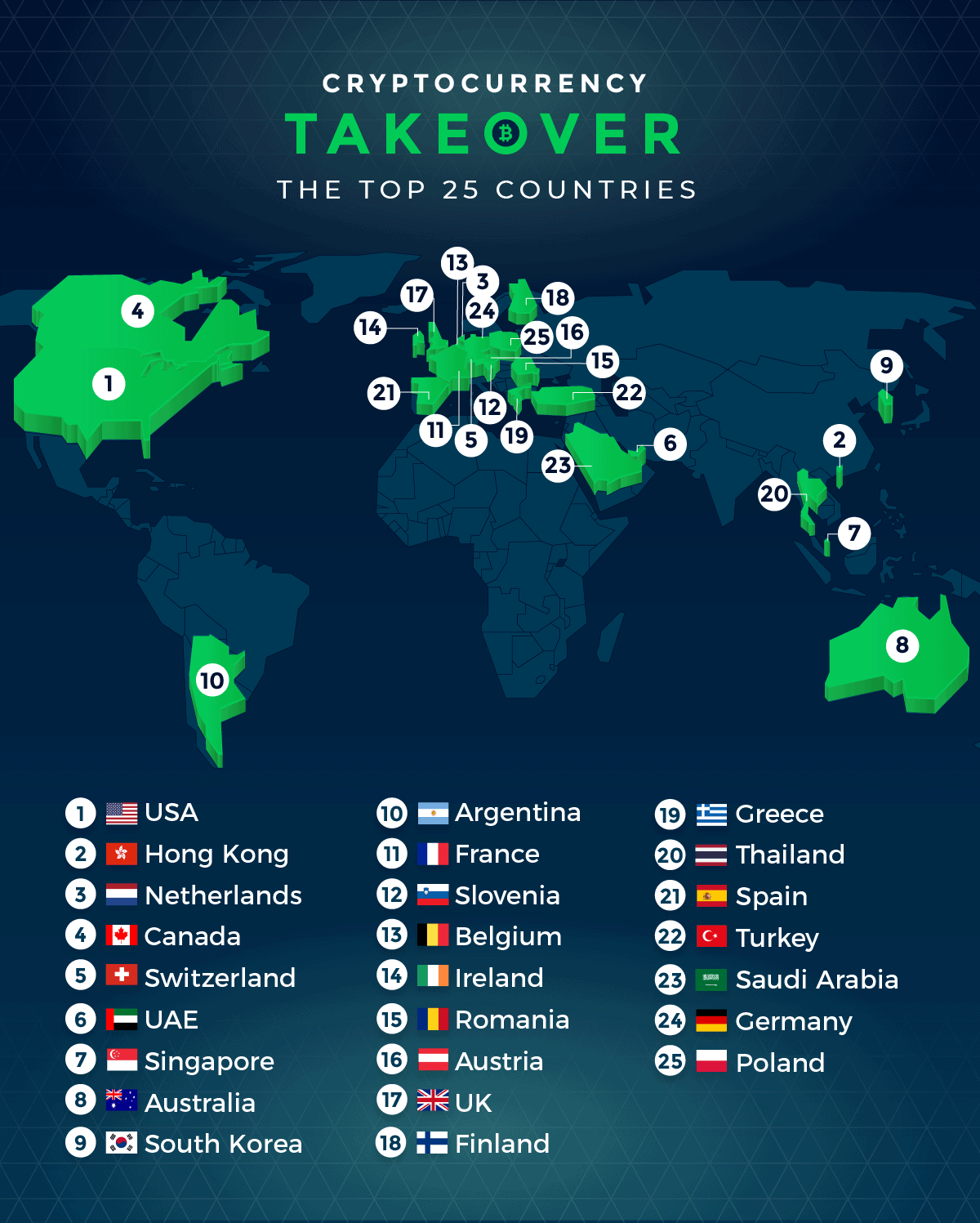 What Makes a Country Prepared For a Cryptocurrency

Cryptocurrencies are currently experiencing huge spikes in demand around the world. The willingness of individuals to convert to cryptocurrency is essential to successful growth of cryptocurrencies in each country. As cryptocurrencies become more mainstream consumers will begin to more freely accept the currency as just another asset.

The volume of Crypto ATMS

The volume of cryptocurrency ATMS in a country is another key characteristic for successful growth of the currency. These ATMS provide an easily accessible option for those looking to invest in cryptocurrencies, making these currencies widely available to all and not just financial experts and institutions.

The Future of Cryptocurrencies

The normalisation of cryptocurrency and its slow entry into wider culture likely heralds the early stages of broader acceptance. As banks and financial institutions begin treating cryptocurrency as just another asset, consumers will begin to follow suit and put aside the risk of the unknown which potentially limited the spread of Bitcoin and its competitors in the past.

As a result, it seems probable that certainly online stores will begin more readily including cryptocurrency as a payment solution alongside traditional card and PayPal (or equivalent) payments. From there, a trickle-down will mean that physical stores begin to accommodate it too – particularly as the number of Bitcoin ATMs spreads and the aforementioned cryptocurrency Visa card adoption rate increases.

Elon Musk’s prominence in both the technology community (as a figure in Tesla and SpaceX) and his advocacy for Dogecoin in particular is also likely to fuel a lot of this market. His hints that Tesla might accept Doge have only been reinforced by the news that SpaceX would use it in a space mission. The parody currency is now the world’s fourth-biggest cryptocurrency.

For more information on the countries most prepared for crypto takeover please click here.