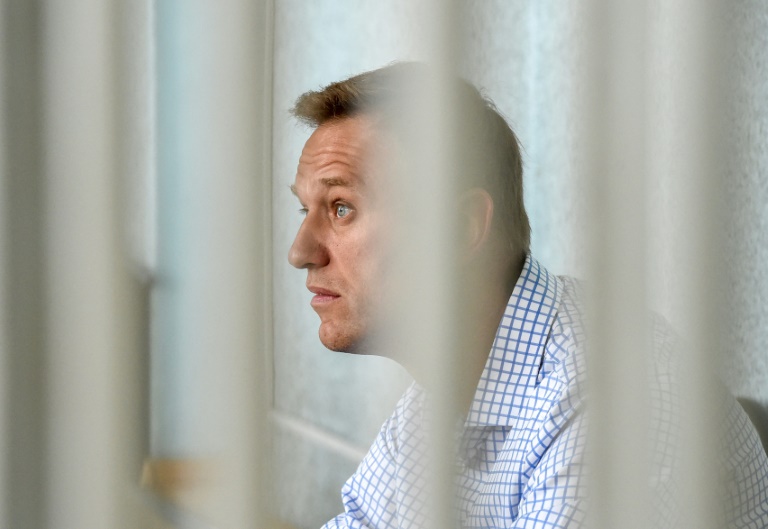 A court in Moscow Wednesday branded the political organisations of jailed Kremlin critic Alexei Navalny as “extremist” and barred them from working in Russia, a further blow to the embattled opposition ahead of parliamentary elections.

The ruling could spell the end for Navalny’s anti-corruption organisation, which had shone a light on graft at the highest levels, and his network of political offices that had bolstered his reach to regular Russians beyond Moscow.

“It was found that these organisations not only disseminated information that incited hatred and enmity against government officials, but also committed extremist actions,” a spokesman for the prosecutors, Alexei Zhafyarov, said outside the court.

A statement from the Moscow City Court distributed to journalists after a marathon, 12-hour long session held behind closed doors said the judge’s decision was binding with immediate effect.

Navalny, 45, who was jailed earlier this year on his return to Russia from Germany, where he had been recovering from a poisoning attack, vowed to continue fighting despite the ruling.

In an Instagram post, he acknowledged that his supporters would need to change how they work and urged them to “adapt”.

“But we will not retreat from our goals and ideas. This is our country and we have no other.”

Prosecutors in April had requested that his network of regional offices and his Anti-Corruption Foundation (FBK) be hit with the “extremist” label, saying the group was plotting an uprising with support from the West.

During the session held behind closed doors Wednesday, FBK lawyers said they had asked for the proceedings to be made public, and also that Navalny be called as a witness — requests that among others were summarily dismissed.

Following the ruling, they said they would appeal the ruling within an allotted 10-day period.

Navalny’s most prominent aides — several of whom are now living in neighbouring European Union member state Lithuania — said the Russian opposition would not be distracted by the ruling.

“We’ll keep working,” Leonid Volkov, who was the head of the regional network, wrote on Twitter Wednesday evening from Lithuania.

“It is another Kafka-esque attack on those standing up against corruption and for open societies, and is a deliberate attempt to effectively outlaw genuine political opposition in Russia,” he said in a statement.

The FBK routinely published investigations into alleged corruption by officials at all levels of government.

Its most notable probes, which have millions of views on YouTube, showed sprawling luxury properties allegedly belonging to President Vladimir Putin and former president and prime minister Dmitry Medvedev.

The allegations spurred massive street demonstrations that were met with swift and brutal police crackdowns condemned by leaders of Western countries.

Navalny’s network of regional offices had helped organise his smart voting strategy that urges voters to cast ballots for the candidate most likely to defeat Kremlin-linked opponents.

In his Instagram post Wednesday, Navalny urged Russians to register for the campaign, saying authorities were “terribly afraid” of the strategy.

Ahead of parliamentary elections in September — in which the deeply unpopular ruling United Russia party is expected to struggle — lawmakers passed legislation that bans members and sponsors of “extremist” groups from running in the polls.

The bill, which was signed into law by Putin earlier in June, is expected to be used against allies of Navalny in the upcoming vote.

The law affects not only senior members and activists of Navalny’s team but potentially tens of thousands of Russians who supported its work through donations.

Leaders of such groups will not be able to run in parliamentary elections for five years, while members and those who helped finance their work will be banned from running for three years.

Navalny, Putin’s most outspoken critic at home, survived a near-fatal nerve agent attack last summer that he blames on the Kremlin.

After returning to Russia in January following months of treatment in Germany, he was imprisoned for two-and-a-half-years on old embezzlement charges in February.

Russian authorities had for years tolerated opposition groups including Navalny’s political movement but Kremlin critics say authorities are now moving to remove vestiges of dissent as fatigue is growing with Putin’s two-decade rule.

US President Joe Biden has said in advance of a summit with the Russian leader in Geneva next week that he will press Putin on the Kremlin’s human rights record.