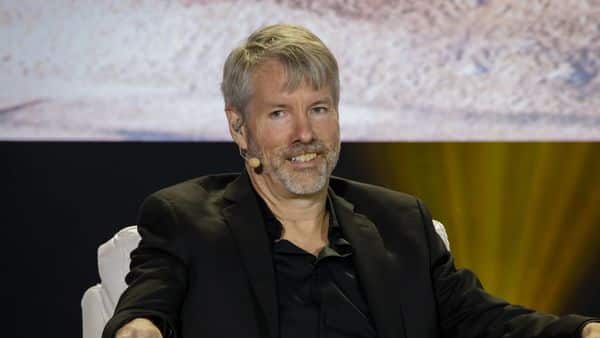 US-based enterprise software company, MicroStrategy Inc, on Monday said it intends to raise $400 million via senior secured notes due 2028 in a private offering to qualified institutional buyers. The company intends to use the net proceeds from the sale of the notes to acquire additional bitcoin.

Michael Saylor-led MicroStrategy also announced that it will form a subsidiary, MacroStrategy LLC, which will hold existing approximately 92,079 bitcoin that it had acquired so far. The worth of the company’s total bitcoin holding comes to around $3.37 billion at current prices.

The world’s oldest cryptocurrency, bitcoin, saw a minor uptick after the announcement and was trading 2.1% higher at 36,595.82, at around 6.15pm IST, as per CoinGecko.

Earlier in the day, the digital asset was trading flat amid a slew of positive and negative developments. While China’s Twitter-like Weibo platform blocked crypto-related accounts over the weekend, South American nation El Salvador said it intends to become the first country in the world to make bitcoin a legal tender.

According to Michael Saylor, the notes will be fully and unconditionally guaranteed on a senior secured basis, jointly and severally, by MicroStrategy Services Corporation, a wholly-owned subsidiary of MicroStrategy, and certain subsidiaries of MicroStrategy that may be formed or acquired after the closing of the offering.

MicroStrategy is among one of the earliest corporate backers of the world’s oldest as well as the biggest cryptocurrency. The company in August 2020 had said that it was using existing cash on its balance sheet to acquire the cryptocurrency.

Tesla in February had announced that it has invested $1.5 billion in the digital currency. It is by far the biggest company yet to back the cryptocurrency platform. However, over the past few weeks the automaker’s founder Elon Musk has raised concerns over the environmental impact of bitcoin’s mining process.