SafeMoon price tried restarting the upswing as it bounced on May 23. However, this attempt was a failure as sellers pushed SAFEMOON lower.

The buyers will face a test around a critical resistance level, which will decide the direction for SafeMoon price for the upcoming weeks.

Since this impulse wave, SafeMoon price has remained contained within the range. After a brief sideways movement around the 50% Fibonacci retracement level at $0.00000397, SAFEMOON dropped below it. 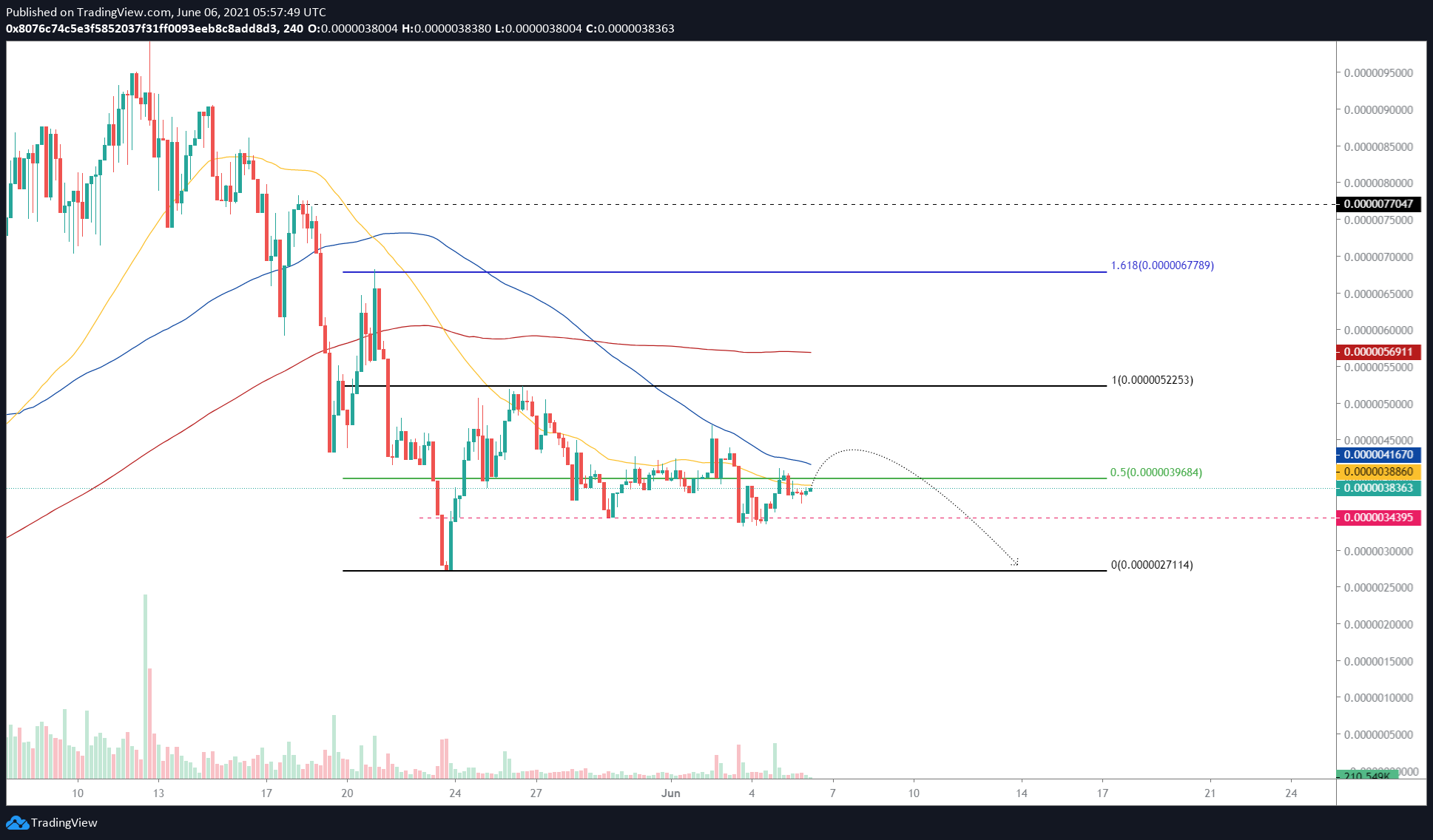 On the other hand, if the buyers manage to produce a decisive close above the 100 four-hour SMA at $0.00000417, it will increase the chances of an upswing.

Under extremely bullish circumstances, SAFEMOON might make a run toward the 200 four-hour SMA at $0.00000569.