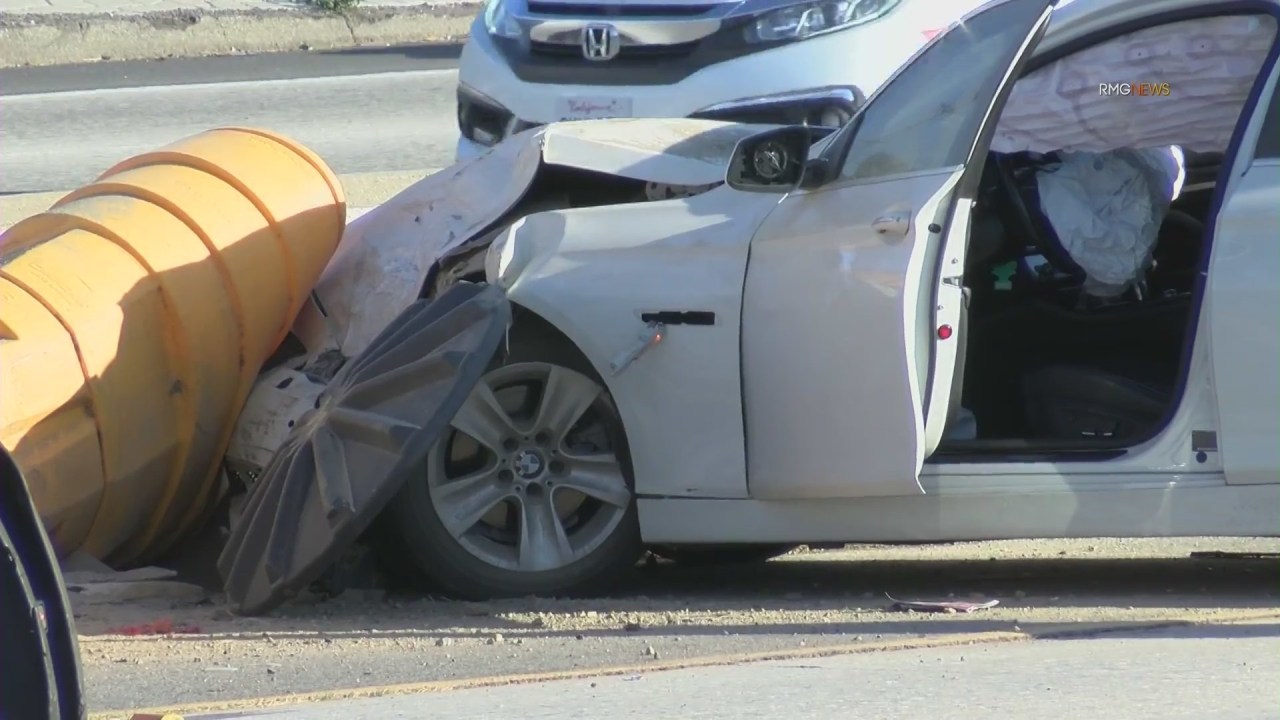 Police are searching for the shooter who caused a crash on the 605 freeway near Irwindale Saturday afternoon.

The incident occurred at around 5:12 p.m. when a gunman fired into a white BMW just before it crashed into the center divider on the 605 north of Lower Azusa.

The shooter’s vehicle was described as a dark blue or black sedan.

The bullets did not hit the driver or the passenger and they were not seriously injured in the crash.

The California Highway Patrol is still searching for the shooter but said they found several shell casings out on the freeway.

The unidentified vehicle pulled to the right of the victim’s vehicle and shot several rounds, according to Sgt. Ken Reineman.

The victim’s then lost control of their vehicle, veered to the left, and crashed into the center divider.

The victims say this was not a road rage situation and they do not know what motivated the shooter to fire at them.

CHP says there have been at least four other freeway shootings in the same area this year.