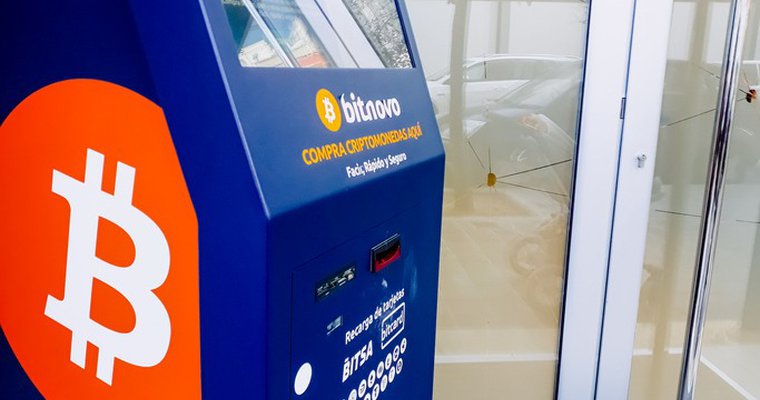 Although bitcoin has taken a hit recently due in part to recent comments from Tesla CEO Elon Musk, the cryptocurrency still shows no sign of disappearing. In fact, bitcoin ATMs are still growing dramatically.

Although bitcoin has taken a hit recently due in part to recent comments from Tesla CEO Elon Musk, the cryptocurrency still shows no sign of disappearing. In fact, bitcoin ATMs are still growing dramatically.

Bitcoin of America CEO Sonny Meraban said that his company’s ATMs are doing especially well due to increasing awareness of bitcoin.

“Anywhere that we’re able to put a machine, it’s doing well for us because of the strength of bitcoin now. We’re able to put the kiosks every couple of miles apart from each other, in every city, and we’re able to do good business there and they’re able to sustain themselves,” he said in an email. “We’ve got about 1,200 machines now and our goal by the end of the year is to have 2,500 throughout the country.”

For retailers looking at deploying Bitcoin ATMs, there are some immediately benefits, such as commissions. Meraban said that some retailers can make up to $700 a month depending on the location.

“Obviously, good locations are going to make more and poor locations will make less. By better locations, I mean higher foot traffic places,” Meraban said. “You’ll sell more cigarettes, candy and water the busier that your shopping center is compared to one that isn’t as busy. The same applies to selling more or less bitcoin with the ATMs and tablets.”

There are a number of ways retailers and others can operate a bitcoin ATM. They can either operate it themselves or do a revenue share program or any other variety of options. There are some downsides to revenue sharing, according to Andrew Barnard, CEO and founder of Bitstop.

“The advantage to choosing a revenue share or partner program is you can get started quickly,” Barnard said in a story on ATM Marketplace. “The tradeoff is that there will be a significant loss of control and a lot of trust is required. By outsourcing merchant relationships to a bitcoin ATM operator, you take a chance that the operator may or may not provide the same high service standard, communication and transparency as the traditional ATM operator always has.”

Merabon’s company in particular offers a tablet bitcoin ATM that can help out smaller stores, such as hair salons or mom and pop stores.

“With businesses like those, maybe they only do four or five transactions a month, or even 10, but when they made $3-4 a transaction, that’s $30. And then we pay them 1-2% off the total volume, so if they did $10,000, that’s another $100 and they end up making $130, $140 or $150 off the tablet, which is not bad for a little store that’s trying to pay it’s rent,” Merabon said. “For the customer, if you have a tablet location in southern Indiana or southern Illinois, or someplace like Montana where it’s remote and it doesn’t make sense for us to purchase a bitcoin ATM — which costs us about $10,000 — we can put the tablet in instead and it works out better for everybody involved.”