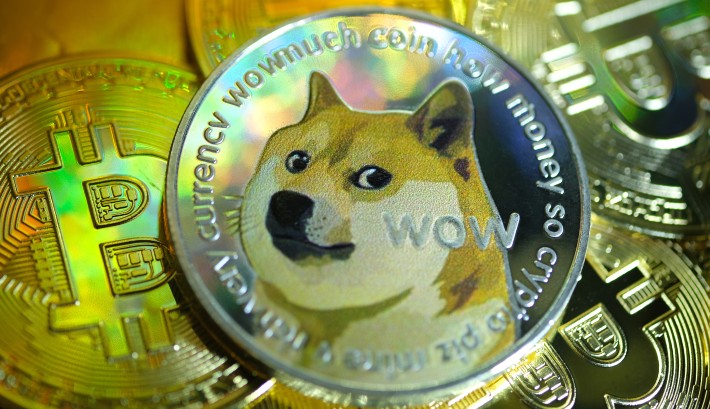 Miami will be overrun with cryptocurrency fans this weekend, as the sunny Florida city will host a Bitcoin conference for those eager to see the currency take over the world. And if Elon Musk and Dogecoin enthusiasts can make it happen, perhaps their preferred cryptocurrency will have its own conference with Elon Musk picking the playlist.

Dogecoin has been a focus of Musk in recent months, including an SNL appearance where he quite literally explained cryptocurrency and danced like Wario, among other things. That very public splash with Dogecoin didn’t send it to the moon as he’d hoped, but the crypto faithful still have high hopes for the coin, which is why many are eyeing their own conference in the future. And apparently Musk is interested in making it happen, too.

Musk was mentioned in a tweet about a potential Dogecoin conference, which said that he would DJ at the hypothetical event where Dogecoin could be used “as payment for everything.” And the billionaire with more than 56 million followers on Twitter responded, saying it would be “fun.”

That’s far from saying things are officially in the works, but Musk is a man who once jokingly tweeted about tunnel boring and turned that into a real, flamethrower-selling company. So we’ll see if Musk ends up on a turntable at a Dogecon after all.