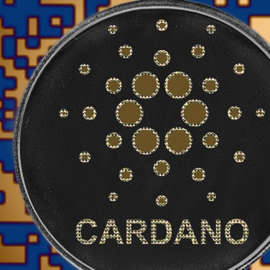 © Source: Shutterstock A concept image of a Cardano coin on a pixelated background.


The dust has settled on last month’s crypto market meltdown. Altcoin Cardano (CCC:ADA-USD) has started to recover from its recent losses. Not only that, unlike Ethereum (CCC:ETH-USD), or Bitcoin (CCC:BTC-USD), the near-term may bring more than just a full recovery. 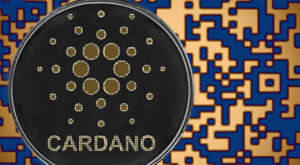 © Provided by InvestorPlace A concept image of a Cardano coin on a pixelated background.


That is, we could see ADA soon break out in a big way. How so? ETH-USD may be the crypto most widely used in DeFi (decentralized finance) transactions. But with several planned developments and upgrades just around the corner, we could soon see a wider expansion of this coin’s usage.

Add in the continued rotation into altcoins, and what do you get? The potential for Cardano, already the fifth-largest cryptocurrency by market capitalization, to rip to prices above its all-time highs (around $2.46).

Don’t take this to mean ADA is unsinkable. There’s no guarantee this rebound will continue. It won’t take much to cause another market-wide meltdown. More volatile than ETH and BTC, prices could move wildly if this happens. It’s still one of the riskier plays in this asset class. But even with this added risk, this remains one an altcoin you can get into while it’s still near the ground floor.

After last month’s wild moves, things have settled down. This altcoin rising star has experienced a partial rebound. Since reaching $1.05 on May 23, it’s climbed back over 76% to about $1.85. The bounce back has slowed down in recent days. But upcoming developments may mean prices are about to move a whole lot higher.

So, what’s the top catalyst coming up that could boost ADA? As has been the case since April, upcoming protocol upgrades to its network. These upgrades, which include features like smart contracts, pave the way for its wider use in DeFi transactions.

But, that’s not all. Cardano is also moving ahead with other developments that will increase both its utility, and its usage. For example, recent news of it launching a cross-chain bridge with NervosNetwork (CCC:CKB-USD). This by itself may not be a needle-mover. But this news further signals how this coin is continuing to charge ahead and has a shot at becoming a popular alternative to Ethereum in the blockchain economy.

Its growing utility alone helps to make the bull case. But another important factor (increased institutional interest) is in play as well. It may not guarantee that it’s all smooth sailing from here. Among the scores of altcoin out there trying to make a name for themselves, though, this one remains a top contender.

Improvements to its network aren’t the only thing that could result in higher prices. Digital asset investors continue to rotate out of Bitcoin funds and into altcoin funds, especially funds holding Cardano.

At the moment, weekly net inflows pale in comparison to its market capitalization, but it’s a sign that serious investors are starting to treat ADA more like Ethereum and less like a more speculative crypto. Back in March, I made the case why this coin wouldn’t start to take off until institutional investors dived in. In hindsight, I may have underestimated how soon this coin would become one of the most valuable, and widely-held, ones out there.

So, should you assume another pullback isn’t in the cards? I wouldn’t go that far. Its prospects are some of the strongest out there. But sentiment could quickly change if we experience another crash. Remember, it was only talk of a regulatory crackdown by China, along with Elon Musk’s tweets, that sunk crypto last month. Similar small potatoes but serious-sounding news items could again be like screaming “fire” in a crowded theater.

It won’t take much to cause another panic. Future panics may too be short-lived, and do little damage to the long-term bull case. But another one would likely cause this altcoin to make wild moves during the maelstrom. Today’s prices still make for a solid entry point for a long-term position. Just keep in mind the heavy volatility you may experience along the way.

Despite Volatility, Cardano Is Still a Great Altcoin

All signs still point to ADA joining the ranks of ETH when it comes to widespread DeFi usage. Combined with increased institutional interest, there is potential for it to not only fully recover from last month’s losses but climb towards new price levels as well.

But while its future remains bright, keep in mind the risk of future volatility if we experience another temporary crypto meltdown. Don’t go hog wild entering a position today. But consider Cardano a cautious buy at today’s prices as a long-term bet on its continued rise.

On the date of publication, Thomas Niel held long positions in Bitcoin and Ethereum. He did not have (either directly or indirectly) any positions in any other securities mentioned in this article. The opinions expressed in this article are those of the writer, subject to the InvestorPlace.com Publishing Guidelines.

Thomas Niel, contributor for InvestorPlace.com, has been writing single-stock analysis for web-based publications since 2016.