Bitcoin (BTC) has traded sideways over the past few days with support around $33,000 and resistance at $40,000. The world’s first cryptocurrency was trading near $37,000 at the time of writing and was down about 5% over the past seven days.

A short-term breakout from the sideways range would yield an upside target around $45,000, although resistance remains strong. For now, $40,000 is a key hurdle which could limit buying strength over the near-term. 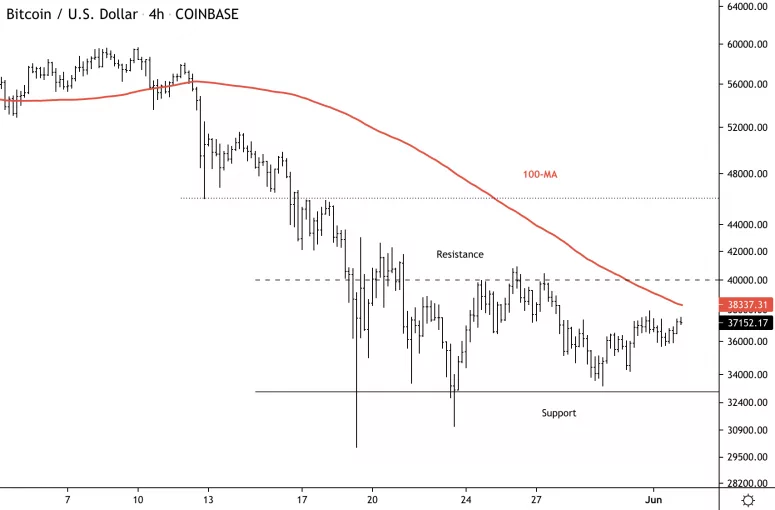