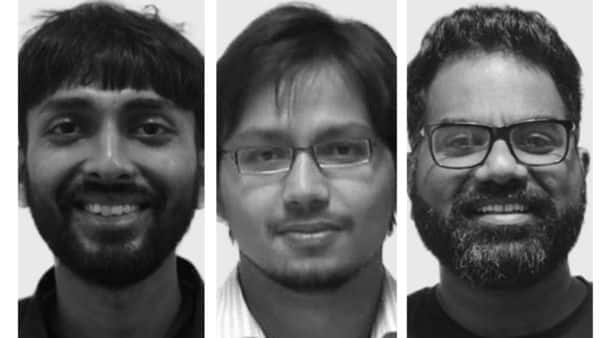 Jaynti Kanani, Sandeep Nailwal and Anurag Arjun co-founded Polygon (formerly Matic), a blockchain scalability platform in 2017. It was created to solve the problem of high fees and slow transactions on ethereum, the world’s second-largest cryptocurrency by market capitalization. Polygon rests on ethereum, but allows users to build applications on Polygon at a far lower cost than ethereum. The valuation of Polygon’s native token, Matic, has zoomed from a mere $26 million when it was first issued in 2019 to over $14 billion. The rise in Matic’s price has turned its co-founders into billionaires, part of it stemming from their current stakes in the cryptocurrency at around 4-5%. Billionaire investor Mark Cuban of Shark Tank fame, who is also the owner of the National Basketball Association’s (NBA) Dallas Mavericks, recently invested an undisclosed sum into Polygon. Data in the crypto world is difficult to verify and there might be other Indians who have generated significant wealth who are not publicly known. Mint spoke with Nailwal—whose crypto fund for covid-19 relief has so far raised over $1 billion—on the company’s origin and the path ahead. Edited excerpts:

Can you give us some background on yourself and your co-founders?

I am from Delhi originally. My co-founders are from Mumbai and Ahmedabad and our head office is in Bengaluru. I studied engineering and computer science. After that I worked for two years as a software engineer. Then I did my MBA, specializing in information technology and then worked with Deloitte and then Wellspun E-commerce (where I was the CTO). I then launched a website for white-collar services, think of it like a Flipkart for services. The business did not scale as much as I wanted, and I started reading about artificial intelligence and technologies such as blockchain. I went back to programming and met my co-founders. Kanani is also a computer science engineer, and he was working with Housing.com as a data scientist. He later tried to build a few apps such as a prediction market for Game of Thrones where he wanted a global payment method. This is what brought him into blockchain. Arjun is also a serial entrepreneur. He was working with IRIS, a software used by institutions such as central banks. Arjun launched a GST-related startup before meeting us. Mihailo Bjelic, our fourth co-founder, who is of Serbian origin, was working on a similar solution as Matic. He joined us last year as we rebranded from Matic to Polygon.

Is the Maharashtra Government exploring the Polygon blockchain for maintaining covid test results?

They are not formally working with us, but there are a few vendors who are working with the Maharashtra government who are using Polygon. I think the government might have shared a mandate about having test results on a public blockchain and this might be a test project. Nobody needs our permission or needs to collaborate with us to build something on Polygon. For example, the shipping documents of the Egyptian government are posted on the Polygon blockchain only by another vendor.

How did Polygon come into being?

My co-founders and I came up with the proof of concept in 2017. By April 2018, we set up the company and raised some small funds from friends and family and started building the product. That round was just $150,000. After that, we did another small round of around $500,000. After that, we did an initial exchange offering with Binance, where we raised $5 million. In the initial few years, I started building the ecosystem in India. The whole environment around cryptocurrency was unfavourable. Developers were afraid of legal hassles. You see, we are a tech platform, and we don’t build apps ourselves. People build apps on top of our platform. Community building is thus very important. We did a lot of hackathons in India—in the last 2 years, we must have done 200-300 hackathons in colleges and other places. We use India as a strength rather than a weakness.

Is Polygon more environment-friendly than bitcoin?

In proof of work, which is used by bitcoin, computers have to solve complex mathematical problems. In bitcoin, you cannot be a miner on your laptop, you need huge complex computers, and this is environment-unfriendly due to electricity consumption. In proof of stake, which Polygon uses, you do not need massive computing power. You have to stake tokens. Only a few hundred machines need to run for mining here, making electricity consumption a small fraction of the usage by bitcoin.

Is there a risk of someone taking over the Polygon network?

In proof of work, if someone wants to take over the network, they need to have more than 51% mining power, although this is not decisive. The other 49% can reject the false blocks and fork into a new chain. In proof of stake, you need to have an even higher 66% mining power—this would be currently worth around $1.8 billion tokens for Polygon. Even here the community will reject the false blocks and the person attempting the takeover will risk the worth of his or her tokens—they will lose value in such a scenario. These in-built safeguards are essentially socio-economic incentives that manage decentralized networks.

How will Polygon’s integration with Mark Cuban’s Lazy.com work?

Lazy.com is a Non-Fungible Token (NFT) platform. They work on ethereum, which is really costly. Right now, the minimum size of the NFT needs to be something like $500 to afford $50 in gas fees. But on Polygon, gas fees will be a fraction of a cent which allows you to sell lower-priced NFTs.

What is the road ahead for you?

We are not really in need of money. Our investments going forward will be strategic in nature where the individuals coming onboard will bring larger value than just money. We are US-listed and regulated with our listing on Coinbase, and this brings institutional investors to Polygon. Mark Cuban is a huge angel investor, and we are getting his help to onboard entities such as Lazy.com.