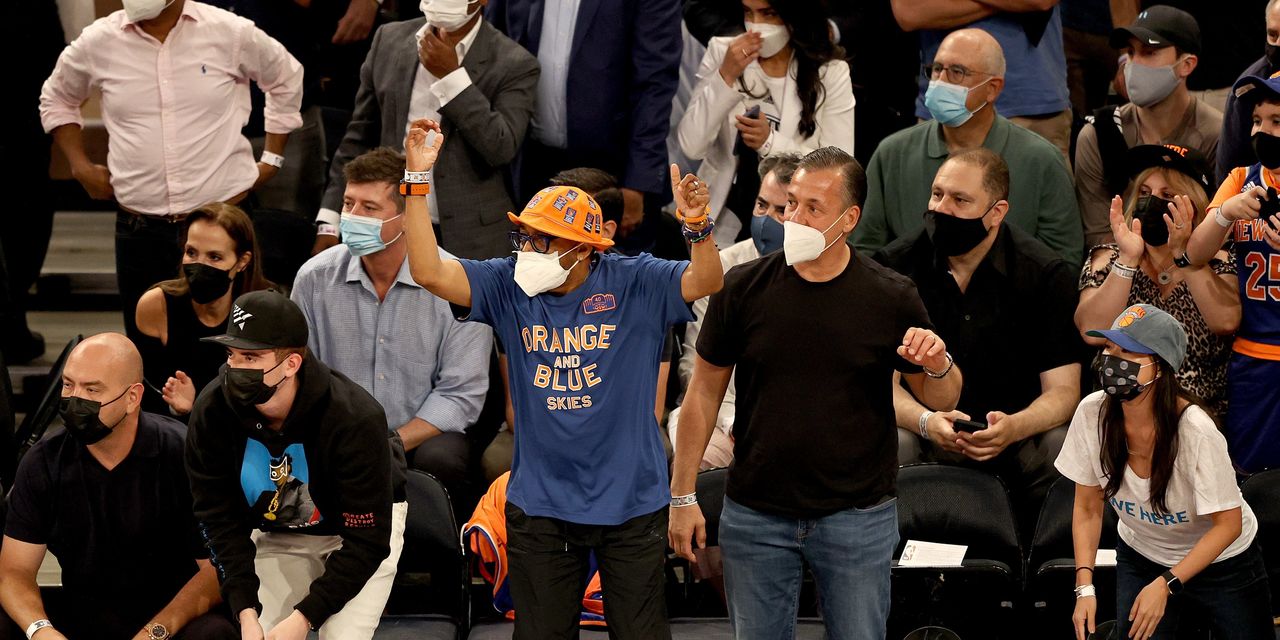 The NBA’s Eastern Conference playoff series between the New York Knicks and the Atlanta Hawks is tied 1-1 after the Knicks got a big and loud boost from their fans at Madison Square Garden on WEdnesday night.

Both games one and two at MSG MSGS, -0.90% were the largest indoor gatherings in New York since the beginning of the pandemic as over 15,000 people piled into “the world’s most famous arena” for each game. The Knicks started the season without fans before allowing a few thousand per game starting in February.

Tickets to all Knicks playoff home games went on sale on May 19 and sold out within a few hours. Roughly 90% of all tickets were sold to fans who have received the COVID-19 vaccine with the remaining 10% required to test negative for the coronavirus before the game, according to Madison Square Garden.

While sitting in the vaccinated section, fans didn’t have to wear masks — I attended game two, and there was not much sitting going on as fans stood for nearly every minute of play.

The unvaccinated sections sold fewer tickets to make sure seating was more spaced out to remain compliant with social distancing guidelines.

See also: Bitcoin, GameStop and NIO bets turned this flight attendant into a millionaire: Now he’s wagering it all in one final push to $3 million

Atlanta Hawks star Trae Young seemed to relish playing in front of the large Garden crowd. Young silenced Knicks fans with a game-winner in the first game, and told TNT “it got real quiet at the end.”

After the Knicks evened the series on Wednesday night, videos of Knicks fans celebrating the win outside Madison Square Garden went viral on social media.

Wednesday’s win over the Hawks was just the first playoff win for the Knicks since 2013. The next two games will be played at Atlanta’s State Farm Arena.

“I hope Atlanta’s ready to bring that energy and I hope it’s loud and I hope everybody’s excited to have playoffs back in the A,” Trae Young said after game two. “And I’m ready to play back inside that arena in front of those fans. So it’s going to be fun.”