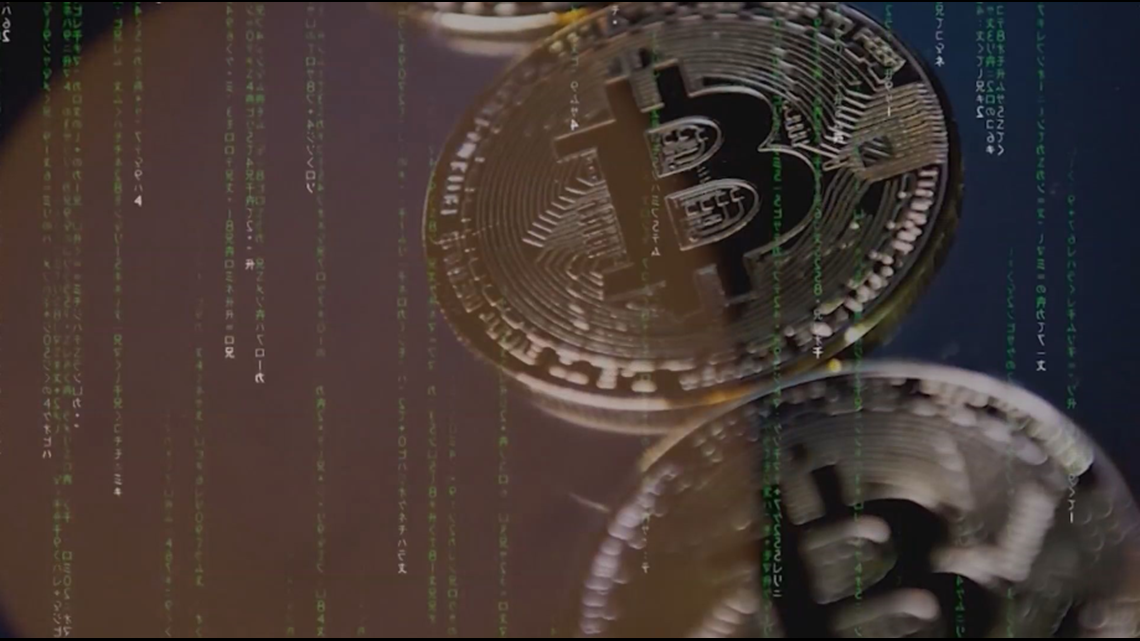 Gov. Jared Polis expressed his thoughts on the idea at a virtual summit called “Consensus,” which is hosted by the news site CoinDesk.

DENVER — Cryptocurrency is not exactly a new term by now, but the digital currency has caught the attention of of Gov. Jared Polis (D-Colorado).

Polis said at a virtual summit Tuesday that he’d like to see a way for residents to someday pay their taxes in cryptocurrency.

The conference itself is Consensus 2021 and is hosted by the news site CoinDesk, which focuses its reporting on cryptocurrency.

Polis expressed his interest in the idea of accepting cryptocurrency as a way for Colorado residents to pay taxes.

“I’d love to set that up and wouldn’t it be great to be the first state to do that?” Polis said.

RELATED: No, the government can’t shut down cryptocurrency

RELATED: Dogecoin, the cryptocurrency created as a joke, soars 400% in past week

Cryptocurrency is a type of digital currency that’s secured by what’s known as a “blockchain network.”

To help explain it, 9NEWS spoke to Eric Alston, a scholar-in-residence at CU Boulder. Alston also is the faculty director of the Hernando de Soto Capital Markets Program in the Leeds School of Business at CU-Boulder.

According to Alston’s bio, his studies include, among other things, the development of blockchain governance mechanisms in light of their similarities to constitutional amendment processes.

“So blockchain is the distributed ledger technology that supports all of the major crypto currencies,” he said. “The technology itself can vary on important margins, just as iPhones and Androids are very different and sometimes don’t talk to one another.

“But ultimately, blockchain is a specific cryptographic technology that enables private networks to secure units of account in a really innovative way. It’s the technology that is the reason that these cryptocurrencies have taken off to the extent they have.”

He explained that generally speaking, cryptocurrency has its benefits and its risks.

“As with any other risky investment, there is potentially a high reward, but make no mistake, it is a risky investment,” he said. “These are unproven, distinct forms of blockchain technology, pursuing slightly to significantly different network purposes associated with the specific unit of value or unit of account that the cryptocurrency network is minting.

“And so some of them probably will not be around in a year, those are at the bottom of market capitalization, some of the least proven ones.”

However, he adds that the same goes for even well known cryptocurrencies like Bitcoin.

“…those still display price swings at a level that would make most investors balk,” he said. “And so there’s the potential for really high returns. But there is also the potential to lose your investment in its entirety or watch it be halved overnight.”

The idea of paying taxes with cryptocurrency

When Polis expressed his interest in the idea of residents paying taxes with cryptocurrency, he also explained the potential challenge behind it.

“The challenge we’ll have is like, every state as far as I know, a lot of our taxes are calculated off of federal,” Polis said. “So it’s off of the same form, you know, and you can fill out a separate form for state, but often you can calculate it the same way so I just have to see how we can do it.

“I’d be thrilled to be the first state to let you pay your taxes in a variety of cryptos and you know, we’ll look into how we can get that done.”

9NEWS reached out to Polis’ office with more questions to elaborate on the idea.

A spokesperson for Polis’ office provided the following the statement:

“Governor Polis believes that Colorado has a once-in-century opportunity to take the lead nationally in establishing a world-class hub for blockchain and other emerging technologies to vitalize the state economy, establish a highly productive workforce and frame a template for other states to follow. In 2019, Governor Polis signed the Digital Token Act sending the message that Colorado is open for business for Blockchain companies. And Colorado is one of the first states to offer a Digital ID, where Coloradans can store their driver’s license right on their phone. This is the future and Gov. Polis is working to ensure Colorado leads this transformation across the public and private sector.”

Alston explained that the idea could be practical, in theory, but particularly if what was being used was through what’s called central bank digital currencies ( otherwise known as, “gov coins”).

“Those are in contrast to the ones we have been describing, the crypto currencies that are minted by private networks,” Alston said. “Gov coins, the vision for them is that a government authority, quote unquote, mints the coin and subsequently secures the network and validates transactions in their entirety.

“These would be fundamentally centralized just as the production of dollars in our economy currently is. And so if I were a betting man, I would say we will be paying our taxes in a government denominated or issued digital currency long before we’ll be paying our tax liabilities in in privately issued cryptocurrency.”

Overall, Alston said he believes it would be a transformative possibility if Polis were willing to consider the idea of paying taxes with a privately issued cryptocurrency.

“That would be that would be unprecedented, to my understanding,” he said. “…But nonetheless, I think Polis and others in the Colorado state government’s focus on block chain is one that makes sense. And it’s based on a recognition of the innovative potential of reliably securing unique digital identifiers, unique digital signifiers. And that’s what a blockchain does in a very impressive way.”

Polis’ past with cryptocurrency and blockchain

Polis added during the virtual summit that he was the first candidate for congress to legally accept bitcoins for contributions to his campaign.

In addition, Polis founded the Congressional Blockchain Caucus and has hosted a Bitcoin Demo Day at the U.S. Capitol.

He’s also been to known to support blockchain as an economic driver, and improving state government security, among other things.