Editor’s Note: Morning Money is a free version of POLITICO Pro Financial Services’ morning newsletter, which is delivered to our subscribers each morning at 6 a.m. The POLITICO Pro platform combines the news you need with tools you can use to take action on the day’s biggest stories. Act on the news with POLITICO Pro.

Another reason, a person familiar with White House thinking tells MM, is that while Republicans want to re-program already allocated funds under the American Rescue Plan or previous Covid stimulus bills, the administration doesn’t think that’s really possible or at all advisable.

This person said President Biden himself and other senior White House officials still want to figure out if there is an acceptable infrastructure compromise package that could draw both moderate Democratic and some GOP support. But that’s not likely to happen if the GOP comes forward with plans to cover some $700 billion or so of the cost by re-programming previously allocated funds.

The administration has looked into the idea and found that much of the money under discission is ear-marked for rural hospitals or headed to state and local governments that have already done budgets based on the funding or to emergency aid to businesses like restaurants.

Not all of the money is already out the door. But much of it is or will be. And a good bit of the possible re-programming would come from efforts, like the restaurant rescues, that Republicans have bragged about.

“There is this $700 billion [re-programming] number out there and there is just no way to get there or anywhere even close to there,” the person familiar with White House thinking said. “Though it will be interesting to see the details on what they come up with.”

Bottom line: This person said the administration is not looking for ways to kill GOP counter offers or end talks. They view the idea that all hope is lost on bipartisan deal-making as premature. But if the GOP bases its next proposal on reallocating previously appropriated money, that’s not likely to work.

A message from ExxonMobil:

ExxonMobil is introducing an idea to help decarbonize the Houston Ship Channel. It has the potential to capture and store roughly 100 million metric tons of CO2 annually by 2040. That’s equal to the CO2 sequestered by a forest larger than the size of California. This plan could help the City of Houston meet its net-zero ambitions by 2050. Learn more at EnergyFactor.com

The Big Six bank CEOs (Goldman, Morgan Stanley, Citi, Wells, BofA and JPMC) testify at 10:00 a.m. before Senate banking. Diversity, climate change, Covid and the economy are likely to be among the many topics … House Financial Services subcommittee has a hearing at noon on “Consumer Credit Reporting: Assessing Accuracy and Compliance” …

HEARING PREP — Sen. Elizabeth Warren (D-Mass.) comment ahead of the big hearing: “The big banks and giant corporations made billions in profits during the pandemic and passed those gains on to their executives and shareholders — the banks have also used the crisis to try and weaken rules that protect our financial system while continuing to nickel and dime their customers.

“This is corporate greed plain and simple. Instead, we need financial institutions to make the big investments in communities and small businesses that our country needs for an equitable recovery and it is our job to fight for that.”

Warren on Tuesday also pressed the Biden White House to dump Fed Vice Chair for Supervision Randy Quarles as soon as they can.

MM hears … That former CEA chair and current Harvard prof Jason Furman’s 13 year-old daughter went five for five in softball and executed an unassisted triple play at third base! Way to go! (Feel free to share all kid-related brags with me.)

SUMMERS REBUTTED — Center for Economic and Policy Research’s Dean baker: “Larry Summers has a column in the Washington Post warning about inflationary risks to the economy, due to what he considers an excessively large recovery package from the Biden administration. …

“Starting with the inflation that we have seen to date, it is important to remember that this follows the very low rate of inflation we saw in the pandemic. Much of this is just catch up. The overall Consumer Price Index (CPI) jumped 0.8 percent in April. That sounds scary, but it is up just 3.1 percent since February of 2020, which translates into a 2.6 percent annual rate of growth”

MARK YOUR CALENDARS! QUARLES EVENT — The U.S. economy is picking up speed, sparking fears of inflation and financial bubbles even as millions are still out of work following the Covid recession.

Join economics reporter Victoria Guida on POLITICO Live on Tuesday, June 1, at 10 a.m. ET for an interview with Federal Reserve Vice Chair of Supervision Randal Quarles to discuss the U.S. economic outlook, how the nation’s banks are holding up, and what to expect from the Fed on interest rates and regulations. Register to receive a link to access the virtual interview.

Also via Victoria: A POLITICO Pro Q&A with Acting Comptroller of the Currency Michael

“The West Virginia Democrat isn’t ready to wind down bipartisan negotiations on infrastructure, willing to blow through the unofficial Memorial Day deadline. And progressive senators hoping to speed up Biden’s priorities by shattering the filibuster shouldn’t hold their breath: Manchin reiterated that he won’t lower the 60-vote threshold even if Senate Republicans block an independent commission on Jan. 6 in the coming days.” 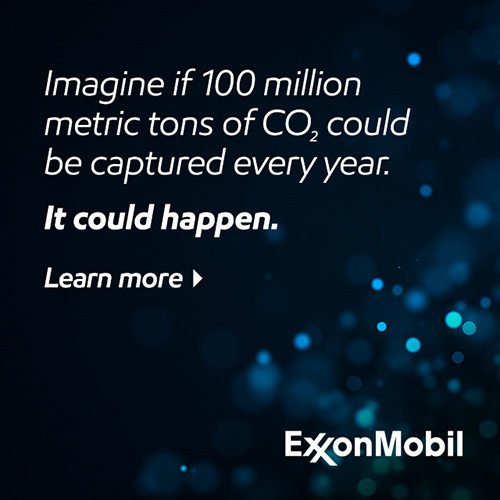 “The S&P 500 and Dow both lost about 0.2 percent, while the Nasdaq Composite fell less than 0.1 percent. All three indexes had opened modestly higher before losing steam. Stocks jumped to start the week, with recent comments from Federal Reserve officials helping to ease concerns that rising inflation could stamp out growth or prompt the central bank to suddenly tighten policy.”

IN SIZZLING MARKET, DEMAND AND PRICES FOR HOMES SOAR — AP’s Christopher Rugaber: “America’s housing market has grown so overheated as demand outpaces supply that prices keep hitting record highs — and roughly half of all U.S. houses are now selling above their list price.

“Two years ago, before the pandemic struck, just a quarter of homes were selling above the sellers’ asking price, according to data from the real estate brokerage Redfin. On Tuesday, new data further illuminated the red-hot nature of the housing market: Prices rose in March at the fastest pace in more than seven years.”

WALL STREET BANK CEOS TOUT COVID RELIEF PUSH, DIVERSITY EFFORTS — Reuters’ Michelle Price and Pete Schroeder: “Wall Street bank chiefs will tout the role their institutions have played in getting the pandemic-hit U.S. economy back on track when they appear before Congress this week, but they are likely to face tough questions on hot-button social and economic issues.

“Warren pointed out at a Tuesday Senate hearing that the Fed knew Credit Suisse had problems estimating its potential trading losses because the agency had flagged the Swiss bank over that issue in its 2019 stress tests.

“Loans from online lenders saved thousands of small business owners who were unable to get COVID-19 relief loans from big traditional lenders. Now, encouraged by getting applications processed within days rather than weeks, these owners are becoming repeat customers.

PAYCHECKS GOT BIGGER FOR MOST BANK CEOS DURING PANDEMIC — Bloomberg’s Jennifer Surane: “The heads of most large U.S. banks saw their pay increase during the pandemic. Among banks with more than $1 billion in assets, two-thirds of chief executive officers had an increase in compensation this year, according to a study by analysts at broker-dealer Janney Montgomery Scott LLC. The average bump was 26 percent for those who got a raise, the data showed.”

STATE REVENUES POUR IN, RAISING PRESSURE ON BIDEN TO DIVERT FEDERAL AID — NYT’s Jim Tankersley and Alan Rappeport: “From California to Virginia, many states that faced devastating shortfalls in the depths of the pandemic recession now find themselves flush with tax revenues because of a rebounding economy and a soaring stock market. Lawmakers who worried about budget cuts are now proposing lucrative increases in school spending, tax cuts and direct payments to their residents.”

A message from ExxonMobil:

ExxonMobil’s idea to capture and store roughly 100 million metric tons of CO2 annually by 2040 would more than double the world’s current carbon capture and storage capacity. That’s equal to taking 20 million cars off the road. It has the potential to effectively decarbonize the entire industrial area around the Houston Ship Channel and help the City of Houston meet its net-zero ambitions by 2050. If successful in Houston, it could be applied to industrial areas in other parts of the country. Learn more at EnergyFactor.com

NIDES TO ISRAEL — Via AP: “Biden is expected to name former senior State Department official Tom Nides to serve as ambassador to Israel, according to a person familiar with the matter. Nides is currently the managing director and vice chairman of Morgan Stanley. He previously served as deputy secretary of state for management and resources under Hillary Clinton from 2011 to 2013.”