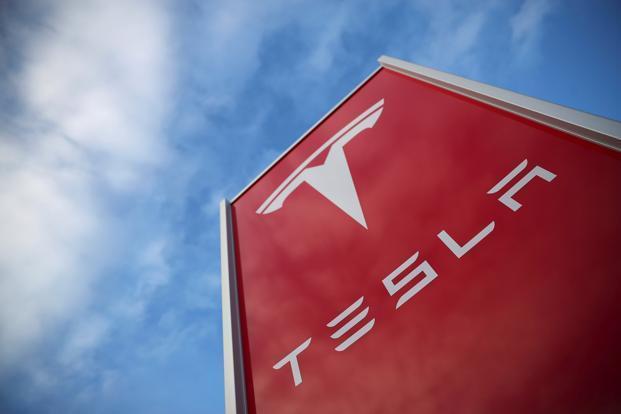 And yet shares of the EV maker fell as much as 4.3% in early trading Tuesday, a sign of the lofty expectations Tesla now contends with after an eightfold gain in the stock last year. Among the quibbles from analysts: Tesla didn’t offer a specific estimate for vehicle deliveries in 2021.

Chief Executive Officer Elon Musk is pushing to ramp up production and maintain Tesla’s dominance in the electric vehicle market, but competitors are moving in aggressively. Musk said Monday demand is higher than it’s ever been, but without more numbers to go on, investors shrugged.

‘It’s all good, but there’s not a lot of news and it wasn’t a blowout,’ said Gene Munster of Loup Ventures. ‘Everything happened that people thought would happen.’

Tesla pulled a new lever to juice earnings in the quarter, generating $101 million in income from selling about 10% of its Bitcoin holdings.

Profit from the cryptocurrency and the sale of regulatory credits and tax benefits contributed about 25 cents to Tesla’s adjusted earnings of 93 cents a share, allowing the carmaker to beat Wall Street’s 80-cent average estimate, Dan Levy, an analyst with Credit Suisse, wrote in a note Monday.

Tesla disclosed its initial Bitcoin purchase earlier this year and also said it would accept it as a form of payment [File: Benoit Tessier/Illustration/Reuters]Tesla Chief Financial Officer Zachary Kirkhorn said Tesla values Bitcoin as a way to store cash while preserving liquidity, especially with traditional investment yields being so low.
‘We do believe long-term in the value of Bitcoin,’ he said on a conference call. ‘It is our intent to hold what we have long-term and continue to accumulate Bitcoin from transactions from our customers as they purchase vehicles.’

Tesla disclosed its initial Bitcoin purchase earlier this year and also said it would accept it as a form of payment. The surprise announcement helped boost the credibility of crypto and spurred a rally.