If we do get some type of pullback, there is a certain amount of money that could be made buying puts in the options markets.

The Bitcoin markets fluctuated during the trading session on Monday to kick off the week on a slightly positive tone in the end. However, we obviously have a lot of issues with the $50,000 level that could cause a certain amount of psychological resistance. It will obviously attract a lot of attention in general, but at this point I think what we are looking at is a scenario that is extraordinarily bullish, even though we have seen a lot of choppiness during the session. The shape of the candlestick is rather neutral, and this suggests that it may take quite a bit of momentum to break out to the upside. I do think that we will eventually get above there, but it is possible that the $50,000 level will put up a big fight.

Underneath, I believe that the $45,000 level will be supported, and I think that it would be nice to find a bit of a buying opportunity in that area, but even if we break down below there, it is likely that we would be looking at the $40,000 level to be extraordinarily important based upon the psychology and the fact that it was the scene of a major breakout that has not been retested yet.

Even if you told me that this market was going to fall tomorrow, I would not be selling or at least shorting. Dips will continue to be bought into due to the fact that there is a lot of “FOMO” out there. This is one of the main drivers of Bitcoin: the fact that there is always somebody willing to buy it at higher prices. True, that is not an investing thesis, but this is not an investment. This is about speculation, which is fine as long as you are honest about it. With this being the case, it is obvious that the market has an upward push towards it, so selling is all but impossible. However, if we do get some type of pullback, there is a certain amount of money that could be made buying puts in the options markets. However, if we break above the $50,000 level, it is likely that the market will then go racing towards the $55,000 level. 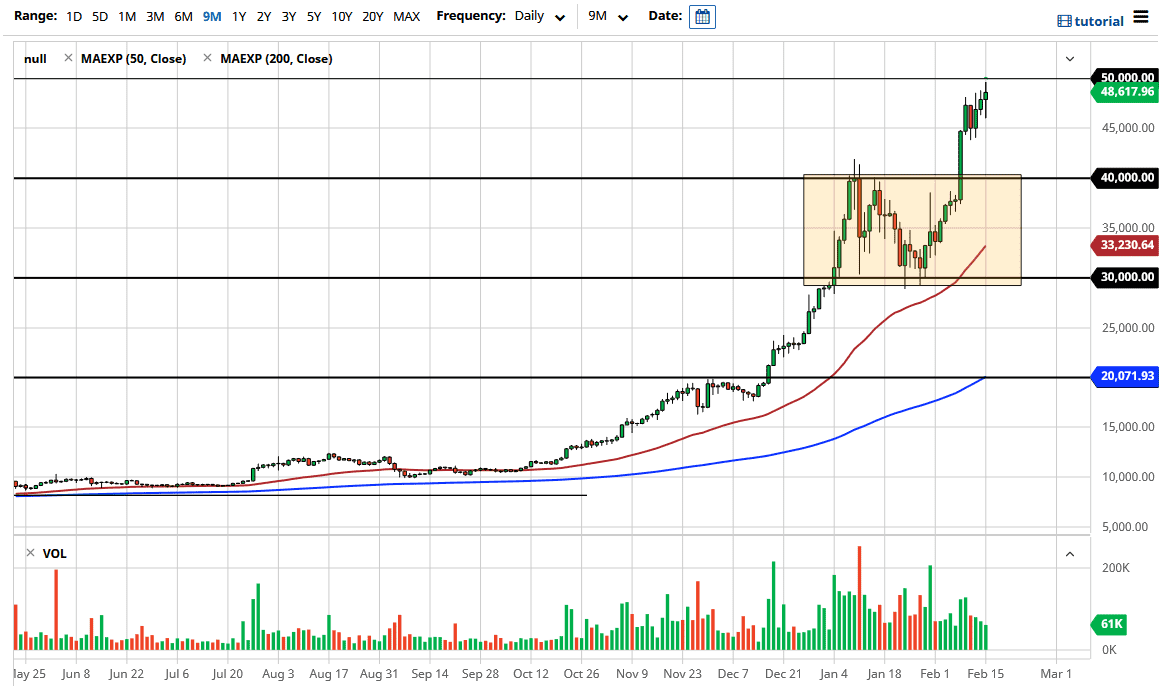