Weekly Column: Bitcoin is almost as bs as fiat money 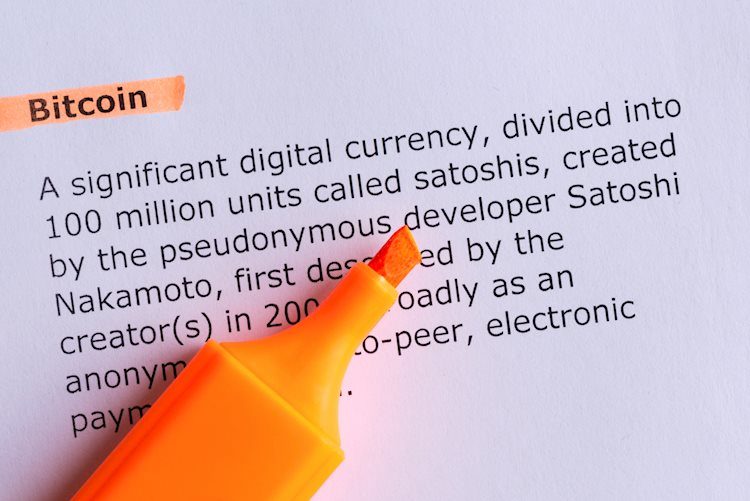 “Bitcoin is almost as bs as fiat money.” Elon Musk, who just purchased $1.5 billion of Bitcoin and drove the price up towards $50,000.

India’s government plans to introduce a bill in the country’s lower house that would ban private cryptocurrencies such as bitcoin and create a national cryptocurrency. – Abigail Johnson Hess, “India Might Ban Private Cryptocurrencies Like Bitcoin,” January 30, 2021, www.cnbc.com.

It may be Mercury retrograde, but the Trickster is showing no sign that the bull market in stocks or Bitcoin is letting up.

Global equity markets soared again last week, with many making new all-time or multi-year highs. These include stock markets in the Netherlands, Germany, China, Japan, India, and the U.S. Most indices made their highs between Monday and Thursday, February 8-11, as Venus conjoined Jupiter and with the new moon in Aquarius. In fact, Venus was involved in three major aspects last week, including its conjunction with Saturn (February 6) and square Uranus (February 7). But neither that Venusian combination, or Mercury retrograde, or the approaching Saturn/Uranus waning square on February 17 have shown any sign of a reversal yet. Maybe it’s waiting for the end of Mercury retrograde or other geocosmic combinations unfolding next week (see section on “short-term geocosmics”). Or perhaps it is waiting for the end of fiscal stimulus programs and monetary easing policies. If so, this may take a while.

Crude Oil enjoyed another bullish week, testing 60.00 for the first time since January 8, 2020. Corn prices also soared to 574 last week, their highest level since June 2013. But the real star was Bitcoin, which made another new all-time high, nearing 50,000 on Friday’s intraday high.

Mercury retrograde ends this week (February 20-21) as the first of three passes of the Saturn/Uranus waning square takes place. Let’s discuss Mercury retrograde within the context of today’s stock market. Oftentimes financial markets, like stock indices, will form a major or primary cycle (high or low) within three trading days of Mercury turning retrograde. When they don’t, then the trend of that market usually continues until the midpoint of Mercury retrograde, +/- 2 trading days. In the present case, most world stock indices formed a major or primary cycle trough on the Friday or Monday surrounding Mercury’s retrograde of Saturday, January 30, so there was no cyclical reversal near the retrograde midpoint, which was February 9-10. However, like most retrograde planets, when a short- or intermediate-term counter-trend begins near the time of the retrograde, it will often end that counter-trend move within three trading days of when it turns direct. In the current case, that means within three trading days of next weekend, February 20-21, depending on the time zone (the U.S. will observe the station on February 20, whereas Europe and Asia will observe it the next day).

This period surrounding the direct station of this Mercury period is also important for other reasons. The first is that it is so close to the first passage of the Saturn/Uranus waning square on February 17. Second, it will be one day before Venus forms a square with Mars (February 19), which is in Taurus, its detriment sign, but it is also the dispositor of Venus, which rules Taurus. Venus square Mars in fixed signs indicates a time when compromise is challenging to procure. This aspect is often given more toward disagreements and disputes where both sides lock-in and refuse to budge, thinking they are right, and the other side is wrong. It can be terribly judgmental and harmful to a climate for open and constructive discussion. Third, this Venus/Mars square make a direct hit to the NYSE founding chart (May 17, 1792). Transiting Mars will conjoin the NYSE Mercury in Taurus, and transiting Venus will conjoin the NYSE in Aquarius. These three factors can manifest as a sudden reversal in U.S. stock markets. Frequently, however, these movements are short-lasting, except in the case of Saturn/Uranus, which can have longer-term implications. With Uranus and Mars in Taurus, and due to the fact that Uranus has an association with digital matters and Taurus (and Venus) rules currencies, further extreme Bitcoin moves may be highlighted.

Last week he (Biden) made a show of listening at the White House to 10 GOP Senators who made an initial counteroffer of 618 billion (to Biden’s proposal of $1.9 trillion). Mr. Biden and Democrats on Capitol Hill then ignored the GOP and rammed a budget resolution for the $1.9 trillion through the Senate and House on a partisan vote. So much for bipartisanship. “Biden Goes Party Line on $1.9 Trillion,” Wall Street Journal “Review and Outlook,” February 8, 2021.

If you are scratching your head and wondering how stock markets can keep going higher and higher, the quotes above explain why. This never-ending market intervention or “financial engineering” by the Fed, which has been going on for 13 years (since Pluto entered Capricorn in 2008), assures there will be plenty of liquidity to keep driving markets higher. And the increasing addiction to more spending and stimulus programs by the U.S. and world governments just increases this liquidity situation (plus enhances the chances of politicians being re-elected). All that money has to go somewhere, and much of it will go into the pet projects of states and districts of several congressional members, which are known as earmarks or pork barrel personal projects. Much will also end up in stocks. This will continue indefinitely, or as long as it works.

Is it truly this easy to artificially inflate stock prices and equity markets? Are there really no consequences or disruptions to “ZIRP (Zero Interest Rate Policy)” and “QE (Quantitative Easing) infinity” policies, except in rare cases of something like a pandemic? Maybe, as playwriter and well-known astrologer Michael Lutin projected in 2008, we are living in “Plutopia,” a reference to the 16-year passage of Pluto in Capricorn, 2008-2024. It is not exactly “utopia” on any other level than inflated financial assets.

It will be interesting to see how these seemingly never-ending monetary easing and fiscal stimulus policies affect equity markets (and the U.S. Dollar) as we come to the first of three passes of the Saturn/Uranus waning square aspect this week on February 17. Two more passages will follow until they start to separate after December 24.

Under Saturn square Uranus, nothing goes as expected. People change their minds, go against their words, and policies abruptly change. Think of the concept of “unity and bipartisanship” promised during the campaign season. Then look at the actions of the past two weeks under the new administration, which has been anything but “unity and bipartisanship.” You can’t have the former without the latter. It is the actions that matter, and there is already a disconnect at the executive level after less than one month in power.

If not conscious and careful, and if not honest and truthful with one’s words, and consistent in one’s actions in accordance with those words, the ultimate result of Saturn square Uranus for the masses will be a disappointment. Under a Saturn/Uranus transit, populations will hold their leaders accountable to “walk their talk,” not just “talk the talk.” If leaders (or anyone) cannot back their words with appropriate actions, then one must expect the unexpected in the form of rebellion and activism (Uranus at work). The public will not be quiet or silenced, not with Saturn in Aquarius (masses) square Uranus (also the masses), nor with Pluto still in Capricorn (reform). The solution is as obvious as the problem. That is, mean what you say and say what you mean, especially with such lofty and welcomed concepts as “unity” and “willingness to listen to the other side.” It can be done. It is simply a choice – a choice to connect action to one’s words. The decision to do so, or not, will greatly affect the way that Saturn square Uranus will manifest this year.

Following through on one’s promises may also impact financial markets, which are prone to reversals of long-term trends under Saturn/Uranus quarter cycles. In fact, the 11.25-year Saturn/Uranus quarter cycle has arguably the most powerful correlation of all planetary combinations to sudden and unexpected reversals in financial markets throughout history, especially from all-time highs. The last two instances were in 1999-2000 and 2008-2009. This planetary combination was also present just before and during the two greatest depressions in U.S. history: 1834-1842 and 1929-1932 (90 years apart). It arrives again this week. Let’s hope this cyclical correlation to financial, social, and political upheaval will be negated in 2021 by leaders from all walks of life striving to avoid hypocrisy instead of choosing to act with integrity and work together with an eye towards compromise and inclusion. Unity depends on it.