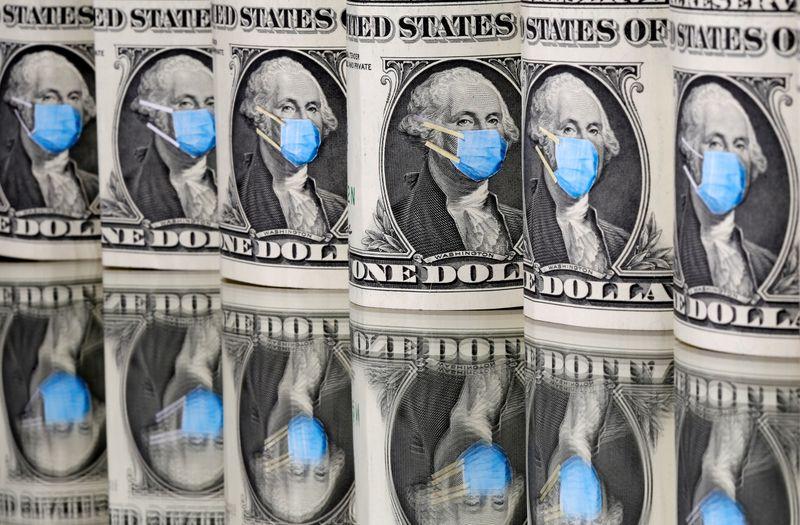 TOKYO (Reuters) – The dollar licked wounds near a 2 1/2-year low against a basket of major currencies on Thursday as investors wagered that more economic stimulus from Washington and the expected start of COVID-19 vaccinations would support riskier assets.

Although Republicans and Democrats in U.S. Congress remained unable to reach agreement on fresh relief for a pandemic-hit U.S. economy, there were early signs that a $908 billion bipartisan proposal could be gaining traction.

Investors expect lawmakers to reach a deal eventually with the two parties also facing a Dec. 11 deadline to pass a $1.4 trillion budget or risk a shutdown of the government.

Britain on Wednesday approved a COVID-19 vaccine developed by Pfizer and BioNTech and said it would start vaccinating those most at risk early next week.

The optimism helped to boost the euro despite widespread expectations the European Central Bank will enhance its quantitative easing next week.

The common currency fetched $1.2113, having reached its loftiest level since late April 2018 in the previous day’s trade.

“On the whole, the new U.S. economic team under President Biden will be dovish, if not directly pursing a weaker dollar per se,” said Daisuke Uno, chief strategist at Sumitomo Mitsui Bank.

“The next target for the euro should be its February 2018 peak of $1.2555. When the ECB eases its policy next week as expected, I bet the euro will gain rather than fall,” he added.

The U.S. currency was on back foot against most other currencies, apart from the safe-haven yen, against which the dollar held firmer at 104.46 yen.

The Australian dollar traded at $0.7418, having hit a 26-month high in the previous session after data showed Australia’s economy rebounded more than expected in the third quarter.

The offshore Chinese yuan changed hands at 6.5468 per dollar, near its 2 1/2-year high touched last month, as it maintained its strength on expectations a Biden White House would be more conducive for China’s economic growth.

The British pound held near a three-month high, last traded flat at $1.3370 after a choppy Wednesday trade as markets looked to whether Britain and the European Union can clinch a trade deal.

The negotiators may have enough progress to agree on a deal in the next few days, the BBC’s political editor Laura Kuenssberg said, giving the pound a slight lift.

The EU’s chief Brexit negotiator told member states’ envoys on Wednesday negotiations were reaching “a make-or-break moment”, and they urged him not to be rushed into an unsatisfactory agreement.

Four diplomats told Reuters after a briefing by Michel Barnier the talks remained snagged – as they have been for months – on fishing rights in British waters, ensuring fair competition guarantees and ways to solve future disputes.